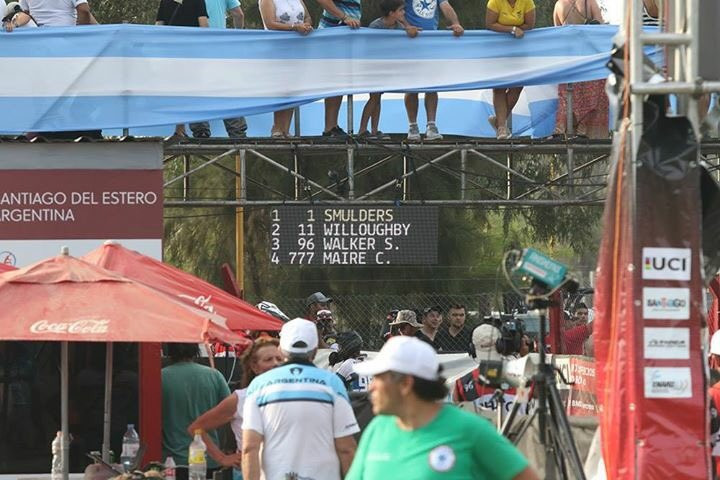 Laura Smulders continued her domination of the BMX Supercross World Cup season by winning the penultimate round in Santiago del Estero.

The Dutch rider headed to Argentina with four wins from the opening six rounds of the International Cycling Union series.

She advanced through the early rounds of competition in Santiago del Estero to remain on track for another triumph in Argentina.

She would clinch victory in the final by completing the event in a time of 33.962 seconds.

United States' Alise Willoughby ended 0.640 seconds back as the runner-up, while New Zealand's Sarah Walker completed the podium 2.294 behind.

The men's event saw Corben Sharrah emerge as the winner, with the American achieving a time of 32.012.

He denied home favourite Gonzalo Molina victory, as the Argentine cyclist ended second at 0.140 behind the winner.

Sharrah's team-mate Jared Garcia completed the podium at 0.263 behind.

The World Cup season will conclude tomorrow with the final round in Santiago del Estero.