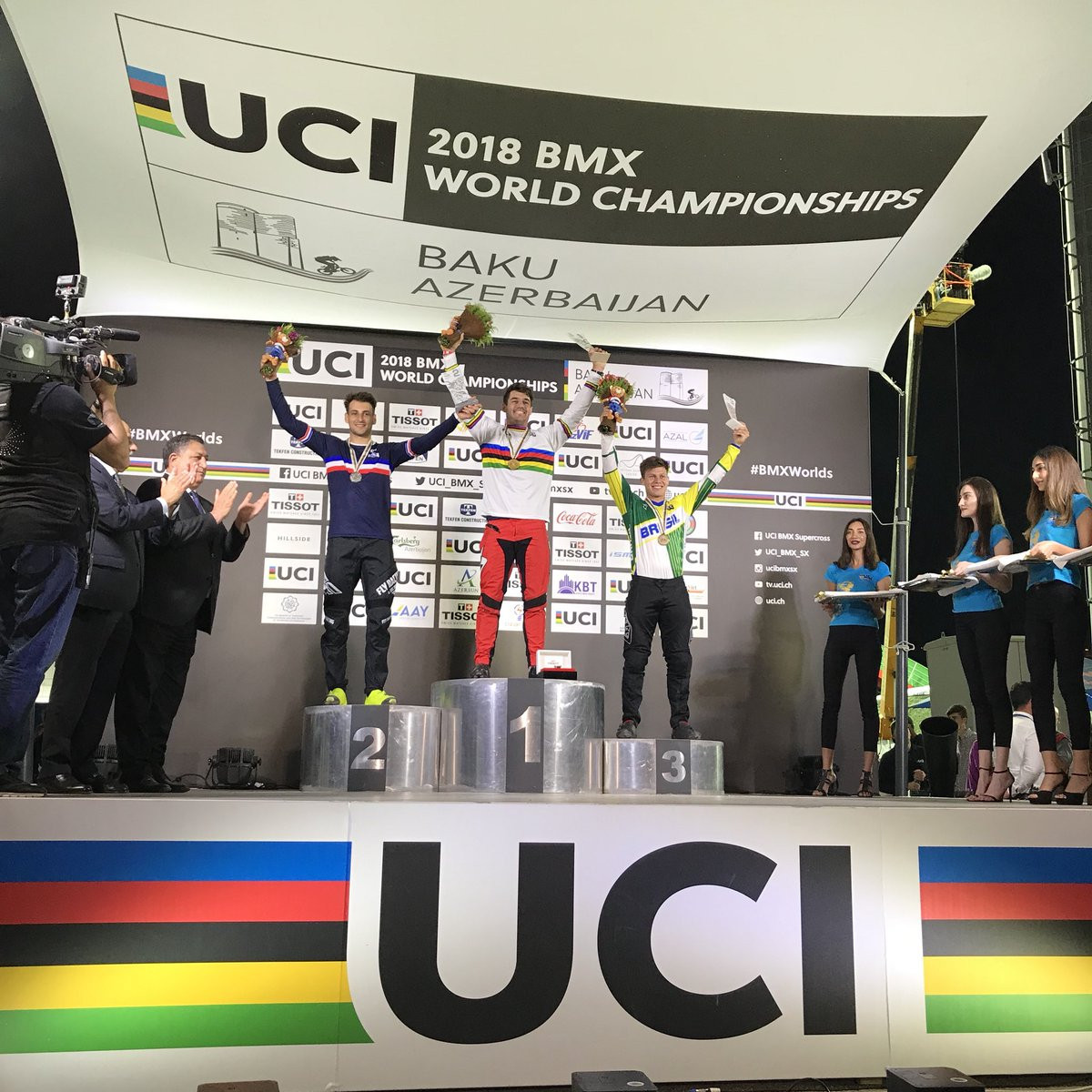 France’s Sylvain Andre beat his compatriot Joris Daudet by fractions of a second on the line to win the gold medal at the International Cycling Union (UCI) BMX World Championships in Baku.

The 25-year-old sank face down onto the track at the Baku BMX Velo Park facility after a dramatic race that delivered him a place on the top of the podium a year after he had had to settle for the silver in Rock Hill.

A Dutch clean sweep was completed by Judy Baauw, winner of the bronze medal in 37.578.

Defending champion Alise Willoughby of the United States came to grief, coming in as the seventh and last finisher in 1min 50.246sec.

It was a hectic day of racing given that the previous day’s competition had had to be postponed because of fierce winds.