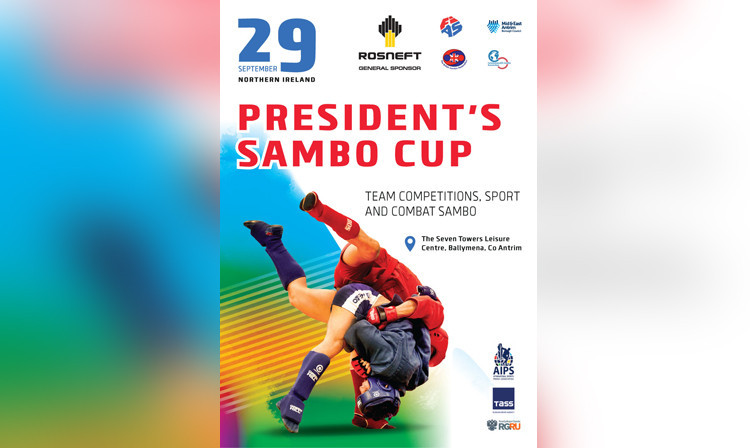 The International Sambo Federation (FIAS) President's Cup will take place here in Ballymena in Northern Ireland tomorrow, with Russia looking to win the trophy for the fifth time in a row.

The tournament, which is traditionally held in the United Kingdom, will feature more than 70 sambists from eight different teams at the Seven Towers Leisure Centre.

Taking part in the competition this year will be teams from Russia, where the sport originates, England, Scotland, hosts Northern Ireland, France, The Netherlands, Cameroon and the United States and Canada, who are competing together.

Also contributing to the overall trophy will be men's combat sambo bouts in four weight categories, the 62kg, 74kg, 82kg and over-90kg.

Last year in London, Russia won the title for the fourth time by beating a Commonwealth team 7-0 in the final.

Russia are the only country to have won the event.

Each year FIAS hold more than 30 major international competitions globally, although tomorrow's will be the first high level sambo tournament to be held in Northern Ireland.

A parade of the teams will start proceedings at 11.30am local time, before the competition itself begins at midday.

The trophy ceremony is scheduled for 4.40pm.