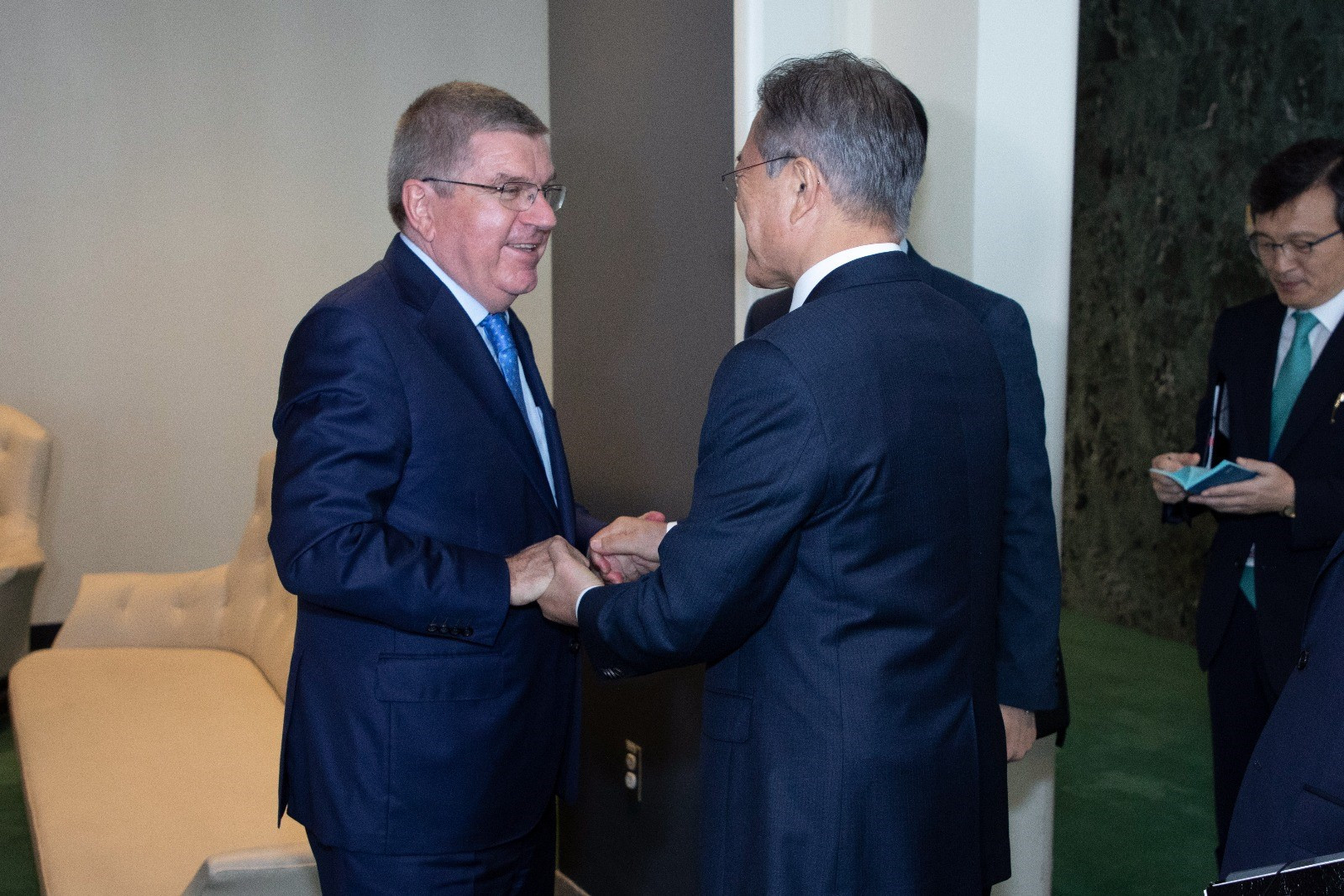 Moon, who addressed the Assembly, and North Korean leader Kim Jong-un agreed to launch a joint bid for the 2032 Olympic and Paralympic Games at a summit in Pyongyang earlier this month.

The pledge in the North Korean capital was the latest example of sport acting as a peacemaking tool between the two neighbours, who technically remain at war.

North Korea competed at the Pyeongchang 2018 Winter Olympics in the South in February after Kim announced that the secretive state would compete on New Year's Day.

Bach told insidethegames he "welcomes very much" the possibility of a joint bid in a statement on September 19.

An IOC press release claimed that in today's talks Moon thanked Bach and said that "recent peace developments on the Korean Peninsula were only possible because of the participation of North Korea at the Olympic Winter Games Pyeongchang 2018".

He also said that this participation "was only possible because of the role played by the IOC and President Bach", according to the release.

"He also told President Bach that, at the latest summit in Pyongyang, the North Korean leader, Kim Jong-un, had expressed the same view," the IOC statement continued.

"For this reason, they had decided to already put forward a joint candidature for 2032 and to also start a dialogue on this as soon as possible."

Further details on the joint 2032 bid have not yet been revealed, such as venues and planned host cities, although it is claimed that capitals Seoul, the 1988 host, and Pyongyang would feature.

North Korean participation dominated the build-up to Pyeongchang 2018 following security concerns over missile tests and nuclear threats in the North.

Further initiatives in Pyeongchang saw a squad of cheerleaders deployed and, arguably most significantly of all, a high-level North Korean delegation travelled which included Kim Yo-jong - the sister of the leader.

In March, Bach met with Jong-un in Pyongyang and discussions began on North Korean participation at the Tokyo 2020 and Beijing 2022 Games.

Unified Korean teams were then selected for the Asian Games in Jakarta and Palembang in August and September, in dragon boat racing, lightweight rowing and women's basketball.

Indonesian President Joko Widodo announced his country's candidacy for 2032 earlier this month following the conclusion of the Jakarta-Palembang Games.

News of the bid comes with North Korea having been given a four month deadline to address non-conformities with the World Anti-Doping Code or face the possibility of being declared non-compliant.

This would impact upon North Korea’s ability to host major sporting events, although the 2032 decision is someway in the future.