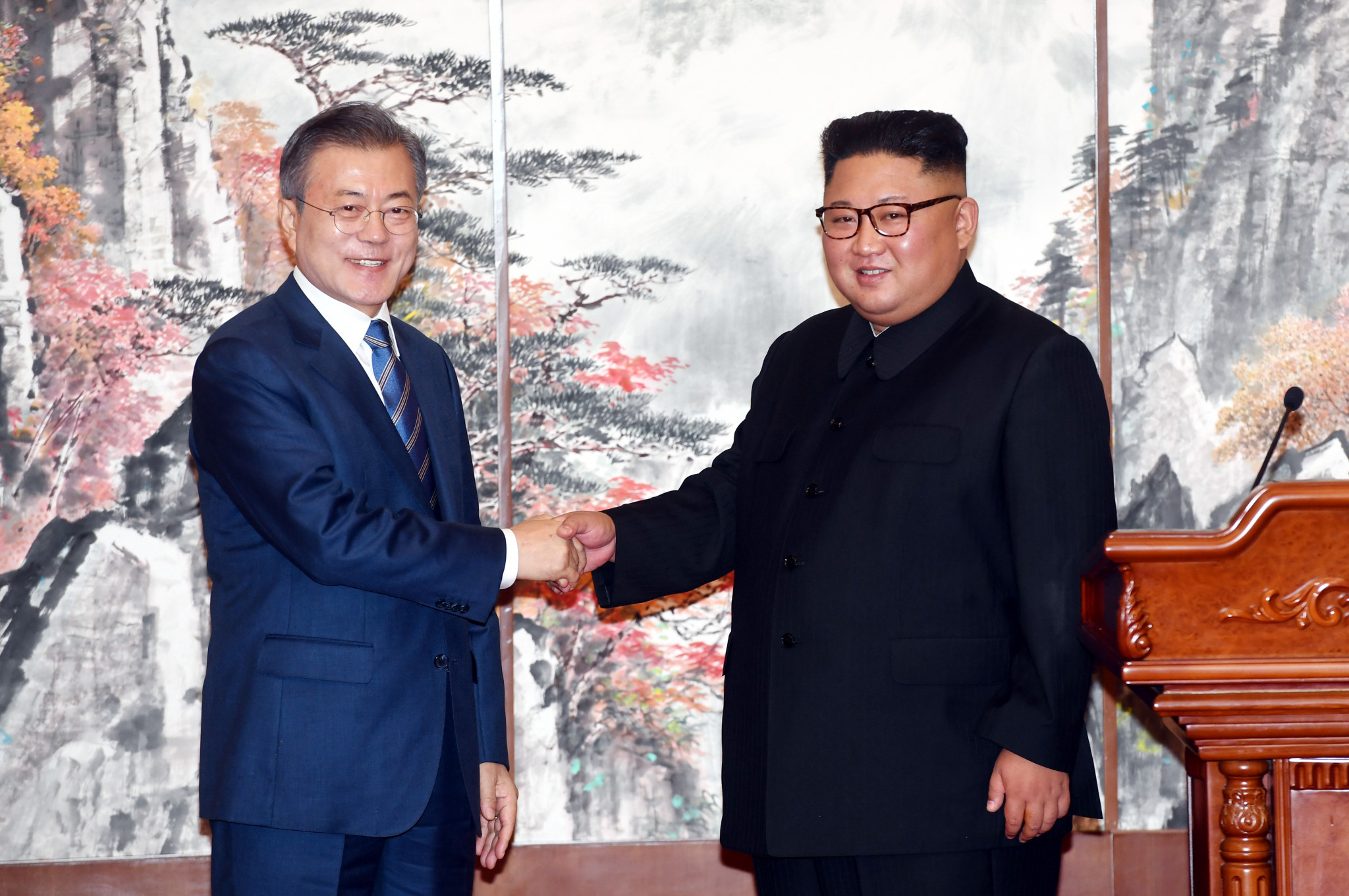 South Korean President Moon Jae-in and North Korean leader Kim Jong-un agreed to launch a joint bid for the 2032 Olympic and Paralympic Games at a summit in Pyongyang today.

Moon and Kim pledged to jointly bid for the Games at the meeting in the North Korean capital, the third between the two leaders this year.

South Korea's Sports Minister Do Jong-hwan revealed last week that the two countries, still technically at war, would join forces to enter the race for the Games.

Further details on a joint 2032 bid have yet been revealed, such as venues and planned host cities, although Do claimed that Seoul and Pyongyang would feature.

"The International Olympic Committee (IOC) welcomes very much the intention of the Republic of Korea and the Democratic People's Republic of Korea to jointly host the Olympic Games 2032," IOC President Thomas Bach told insidethegames in a statement.

"After we opened the door for political talks with the joint march of the two Korean teams at the Olympic Winter Games Pyeongchang 2018, sport could once more make a contribution to peace on the Korean Peninsula and the world.

"We sincerely wish that these political talks produce the necessary progress for a successful candidature.

In a statement released following the summit, Moon and Kim also pledged to "participate jointly" at major events, including the 2020 Olympic Games in okyo.

The announcement after the meeting - where the South and North Korean heads also signed a broad peace agreement aimed at continuing denuclearisation efforts in the region - sees the two countries become the latest to express an interest in hosting the 2032 Olympics and Paralympics.

Indonesian President Joko Widodo announced their candidacy earlier this month following the conclusion of the Asian Games in Jakarta and Palembang.

India were the first to publicly confirm they intend to enter the race for 2032 and Germany are also thought to be interested.

The joint North-South Korean bid marks the latest example of sporting diplomacy between the two countries and comes after athletes from the nations participated on joint teams in three sports - dragon boat racing, lightweight rowing and women's basketball - at the Asian Games.

The unified Korean dragon boat team made history as they claimed gold in the women’s 500 metres race.

The joint Korean side also won a silver medal in basketball and silver and bronze in canoeing.

The two nations also came together at the 2018 Winter Olympic Games in Pyeongchang, marching under a unified flag at the Opening Ceremony and competing on a joint women's ice hockey team for the first time in Olympic history.

North Korean participation had dominated the build-up to Pyeongchang 2018 following security concerns over missile tests conducted by the North.

A deal was eventually struck for athletes from the reclusive nation to take part.