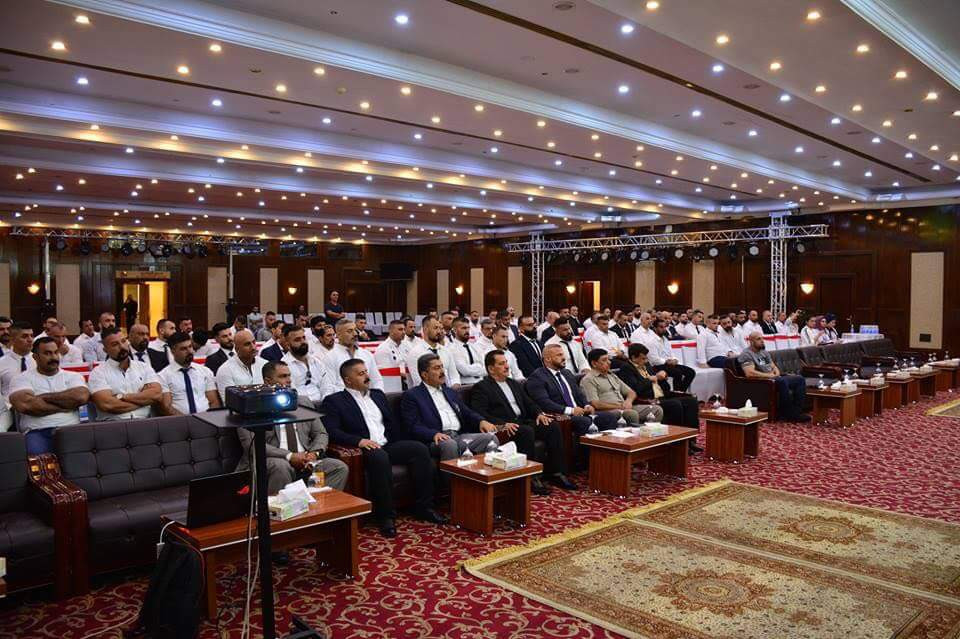 The level one course on fitness and level two course on bodybuilding was held over three days in cooperation with the Iraqi Bodybuilding Federation.

Several lectures were given as part of the course, while the session was opened by a speech from Fayez Abdel-Hassan, the President of the Iraqi Central Bodybuilding Federation.

Also in attendance at the session, which featured more than 200 trainers, were representatives of the Iraqi Olympic Committee and Ministers for Sport.

The first training course held by the Academy took place back in March.

It featured more than 150 different trainers.