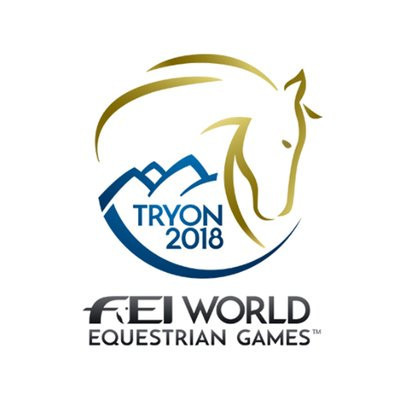 Heat, humidity and heavy rain were cited as the cause of endurance racing being cancelled on the opening day of the World Equestrian Games in Tryon.

A challenging day for organisers began with athletes being misdirected at the start of the endurance ride, leaving International Equestrian Federation (FEI) officials halting the action after the first loop.

The event was later restarted as a 120 kilometre competition, with officials stating it was the only "pragmatic solution" as there was no possibility to reschedule the event for tomorrow.

The competition would later have to be cancelled entirely due to bad weather and conditions on the trail.

"This was a difficult decision to make, but it was done with horse and athlete welfare in mind as the conditions this afternoon after the rain resulted in extremely high levels of humidity and, combined with rising heat, it was deemed unsafe to continue the ride," said Thomas Timmons, President of the FEI Veterinary Commission.

The FEI state the heat and humidity on the Wet Bulb Globe Temperature index showed a reading of 31.

They state that anything over 25 is monitored very closely, with officials deeming that the reading of 31 presented an "unacceptable risk to horse welfare".

An independent Equestrian Community Integrity Unit, located onsite, have been tasked by the FEI to investigate the circumstances surrounding the false start.

The investigation will include interviews with the officials, volunteers, the Organising Committee and all other relevant personnel, it has been claimed.

Team dressage did take place without issues, with Germany taking the lead after the first day of competition.

The defending champions have a 1.4 point advantage over Sweden heading into the second day, while hosts United States are currently third.

The results at the halfway mark were based on the best individual score of each team in the Grand Prix event.

Medals were awarded on the first day of the Games, with the US winning a fifth straight team reigning title.

They achieved a total score of 681 to finish ahead of second placed Belgium, who managed 671.