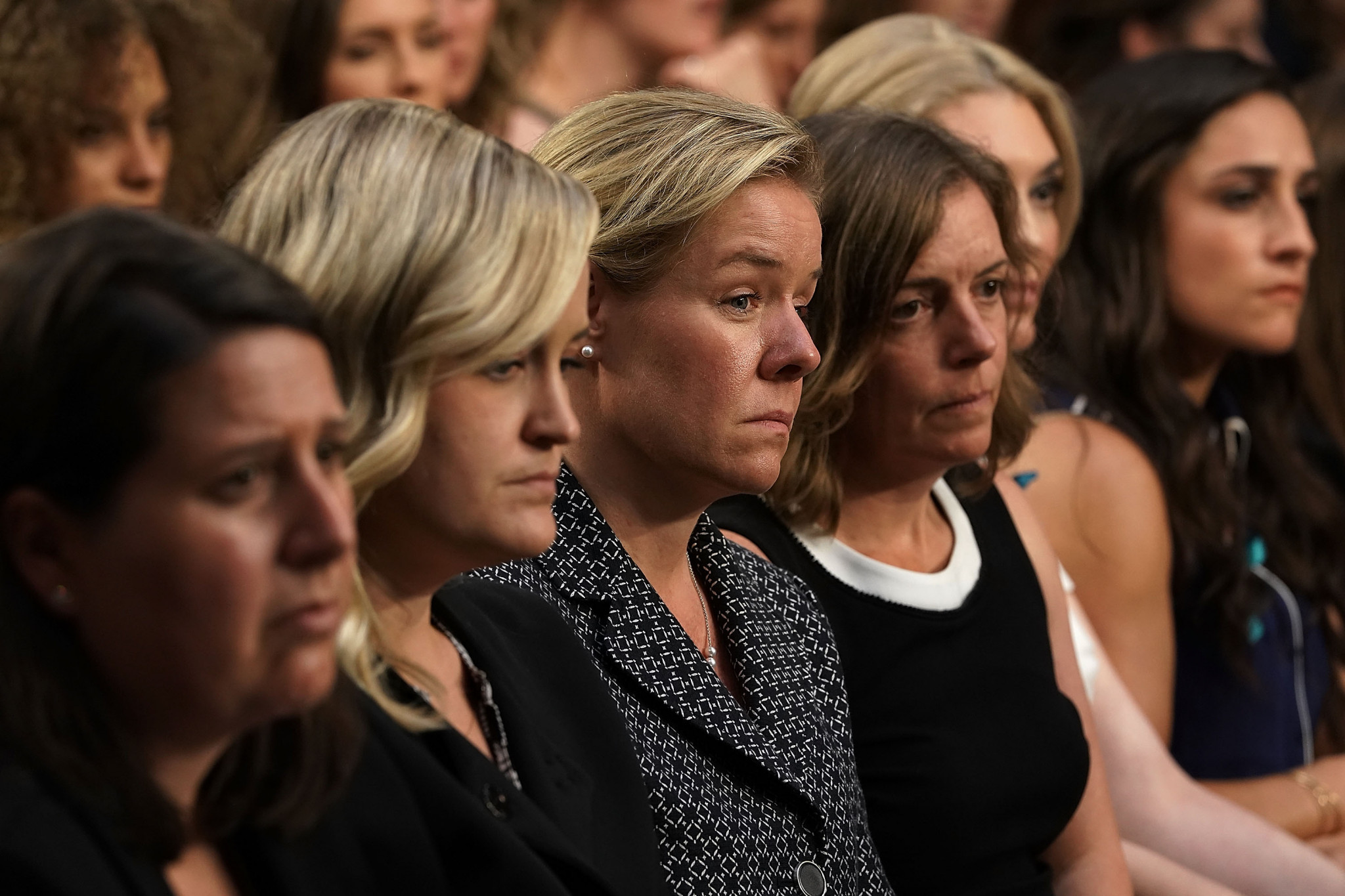 Sarah Hirshland has claimed she is ready to "hit the ground running" having officially begun her role as United States Olympic Committee (USOC) chief executive today.

Hirshland’s appointment was announced in July by USOC, ending their search for a replacement for Scott Blackmun, who resigned in February after eight years in the role.

Blackmun informed USOC staff in January that he was battling prostate cancer, while he had also received criticism in the wake of the Larry Nassar sexual abuse scandal.

Hirshland, formerly the chief commercial officer for the United States Golf Association, will be tasked with dealing with the continued fallout from the scandal.

Having taken up the position at USOC’s headquarters in Colorado Springs, Hirshland claimed she will deliver key initiatives to support and protect athletes.

"Walking into the USOC headquarters this morning was a truly humbling experience," Hirshland said.

"Together with the entire Olympic and Paralympic community in the United States, I’m ready to hit the ground running and deliver on our critical initiatives to protect, support and empower America’s athletes."

She appears set to face a tough task, having already been criticised by Olympians Rising, a campaign group calling for reform.

They released a statement last month attacking the USOC for appointing Hirshland, claiming she was not qualified to take on the role.

The group called her appointment "another slap in the face to all Olympians, athletes, coaches and citizens who care about the health of the Olympic Movement".

She has also come under criticism after it emerged she refused to speak to triple gymnastics Olympic gold medallist Aly Raisman after a hearing in Washington D.C.

It is reported she later emailed Raisman to apologise, calling the situation a "misunderstanding"

Wonderful to wake up this morning in beautiful @OlympicCityUSA. Feeling lucky to be back home and can't wait to be part of this vibrant community. #TeamUSA #ColoradoSprings pic.twitter.com/m3RFn57zSr

The hearing had questioned the sincerity of reforms introduced by the USOC and USA Gymnastics following the Nassar scandal.

In recent months, USOC have announced Wendy Guthrie as their senior director of athlete safety.

The organisation have doubled their funding of the US Center for SafeSport, a national non-profit organisation focused on preventing all forms of abuse in sport.

The funding was claimed to enable the organisation to hire more investigators and staff to improve the speed of resolution and ongoing communication of cases.

Hirshland will hope to help to strengthen USOC’s measures and reputation in the coming months.

The organisation will also continue to look forward upcoming Olympic Games, with Tokyo 2020 drawing ever closer.

A focus will also be placed on preparations for the 2028 Olympic and Paralympic Games in Los Angeles.

She had previously worked in Wasserman's consulting division, leading the development of sports marketing strategies for clients such as American Express, Nationwide, Nokia, Scotts and Wachovia.