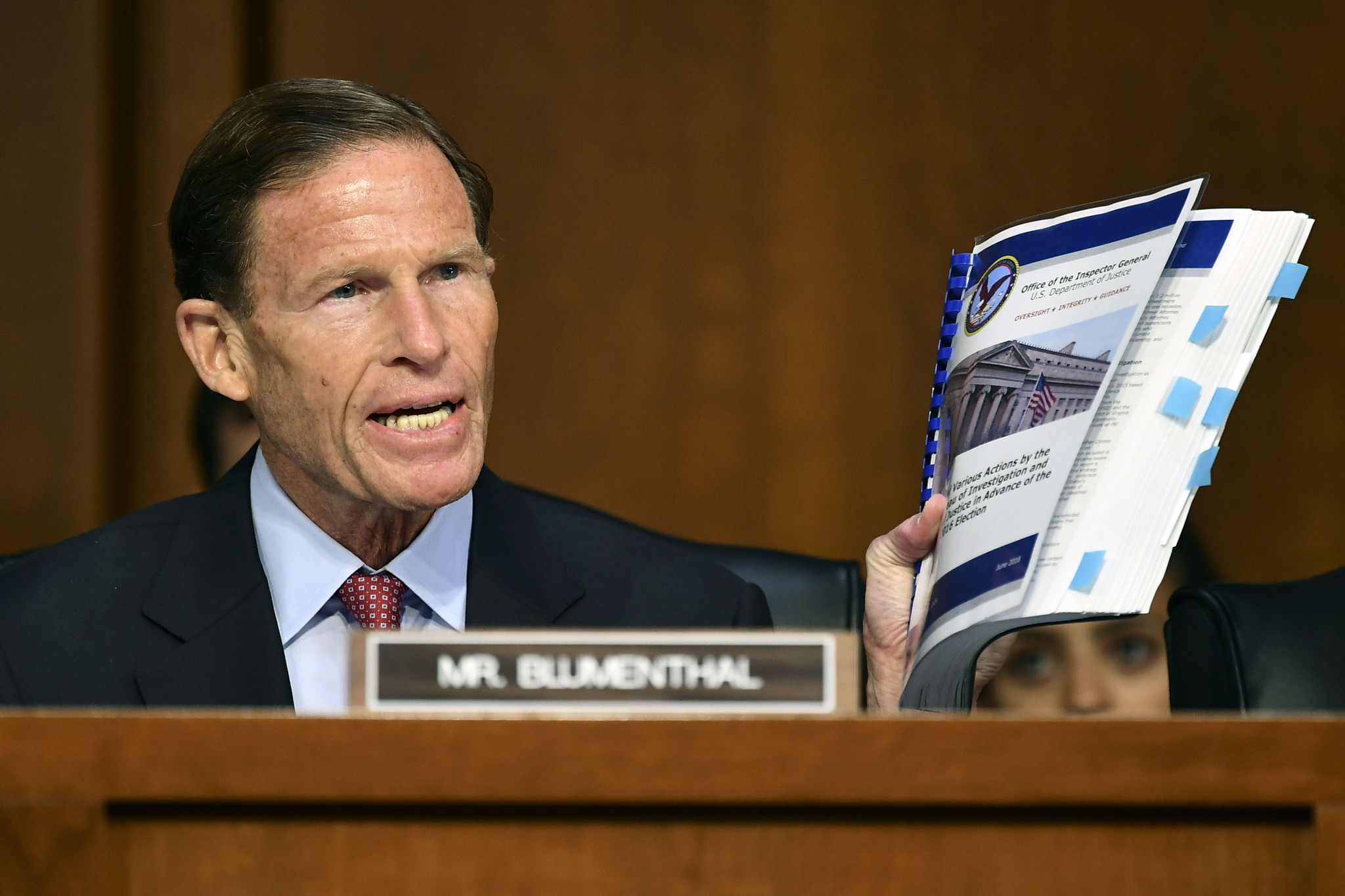 United States Senators have questioned the sincerity of reforms introduced by the United States Olympic Committee (USOC) and USA Gymnastics (USAG) following the Larry Nassar sex abuse scandal after both organisations made court filings trying to absolve themselves of responsibility.

Last Friday (July 20) the USOC filed a motion in court to be removed as a defendant in lawsuits filed by gymnasts Aly Raisman, Jordyn Wieber and McKayla Maroney, arguing that they hold no legal responsibility for Nassar’s actions.

USAG have also filed papers for a different lawsuit claiming the same thing, seemingly arguing that because Nassar volunteered for them and was not on the payroll, they were also, therefore, not responsible for his actions.

Hundreds of women and girls have all accused Nassar of abuse during his time working at Michigan State University and USAG, with him now serving up to 175 years in prison.

Democratic Senator Richard Blumenthal suggested in this latest Senate Committee on Commerce, Science, and Transportation hearing that the OSOC and USAG showed poor morals by filing their respective motions.

"There are all kinds of defences the parties can make, but there is also a moral responsibility here," he said.

"If you're serious and sincere, you will withdraw [the court filings].

"You need to be part of the legal solution, not just come here and apologise."

When the USAG were pushed on whether they truly felt Nassar never worked for them in a way that would make them legally responsible, their President and chief executive Kerry Perry appeared to backtrack.

"What I’m saying is that he was not an employee of USA Gymnastics," she said.

"Of course, as the team doctor, there was definitely a relationship there with USA Gymnastics."

Blumenthal was quick to point out that USAG’s court fillings seem to contradict that admission.

Raising this point he said: "I would look at it really hard, and I would decide - and I’m being very serious - whether your organisation really wants to stand by that representation, [that they have no responsibility]."

The Interim President of Michigan State University John Engler also received criticism, for insensitive emails and comments he made during negotiations that eventually led to a $500 million (£380 million/€427 million) settlement for victims abused at the university.

In April, Engler wrote an email in which he said the first woman to publicly accuse Nassar, Rachael Denhollander, was likely to get a "kickback" from her lawyer for her role in the "manipulation" of survivors.

Democratic Senator Maggie Hassan suggested he had "some repair work to do…to put it mildly".

It all comes as the group Olympians Rising, a campaign group calling for reform, released a scathing statement attacking the USOC for appointing Sarah Hirshland as their new chief executive.

In their statement, in which they call the USOC "a modern-day house of cards", they claimed Hirshland is not qualified to take on the role and call her appointment, "another slap in the face to all Olympians, athletes, coaches and citizens who care about the health of the Olympic Movement".

She has also come under criticism after it emerged she refused to speak to triple Olympic gold medallist Raisman after the hearing.

It is reported she later emailed Raisman to apologise, calling the situation a "misunderstanding".