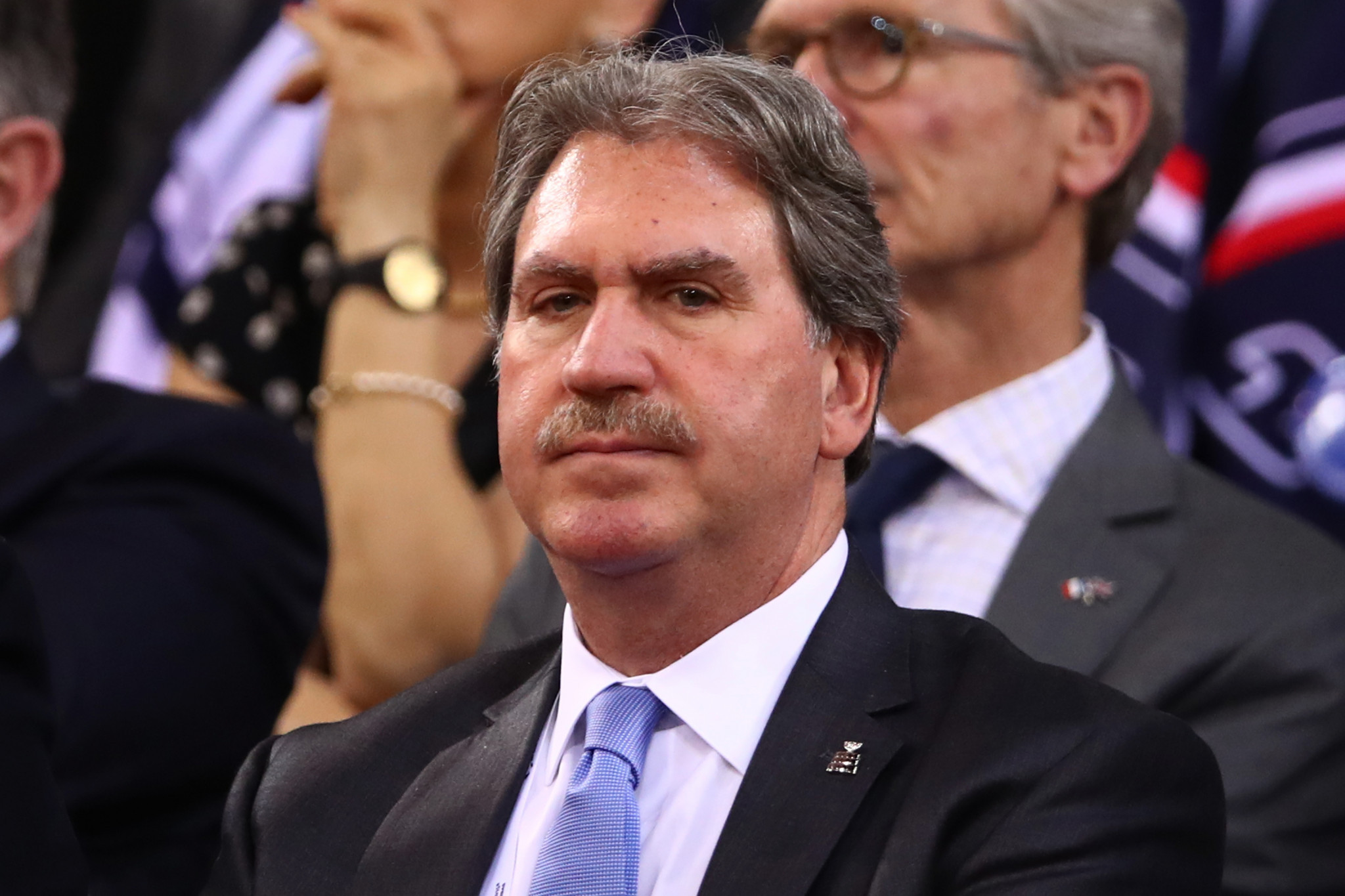 International Tennis Federation (ITF) President David Haggerty revealed here today he is excited to see the support for the proposed revamp of the Davis Cup.

There have been protests against planned changes to the competition, particularly from former world number one Lleyton Hewitt who took to Twitter earlier this month to claim that the ITF "have their head in the sand" and are trying to "kill off" home and away ties, five-set tennis and the "unbelievable atmosphere" the event generates.

The ITF Board unanimously endorsed a new proposal to create a new annual "World Cup of Tennis Finals", which will crown the Davis Cup champions in a much-changed tournament.

The competition is due to be played instead of the current Davis Cup Final event in November and will feature 18 nations.

The competing countries will be the 16 World Group nations along with a further two selected teams.

The new World Cup of Tennis Finals will feature a group stage followed by knock-out matches with each tie featuring two singles and one doubles match - all played over three sets.

The radical proposals are scheduled to be voted on at the ITF’s Conference and Annual General Meeting, due to take place in Orlando in Florida from August 13 to 16.

If approved, it will bring an end home-and-away ties with the Davis Cup to instead be held over one week in a neutral city.

"This has been a journey for us," Haggerty said here at SportAccord Summit.

"After the announcement, I went to Indian Wells and had the chance to meet with a number of players and Player Council members and it’s exciting to see Rafa Nadal, Novak Djokovic are two of the biggest supporters of the event.

"But it’s very deep; [Jo-Wilfried] Tsonga and [Gaël] Monfils are talking about it as well.

Are you serious @ITF_Tennis ??? You’re trying to kill off home & away ties, 5 set tennis and this unbelievable atmosphere! This is what representing your country is all about. #Pride #Passion #VoteNo https://t.co/3K60yt9fEZ

The American added: "What I’m excited about is the engagement we have and people talking about it in positive ways.

"Change is difficult for some and I think what we’re excited about is what this can really bring to the ITF, but more importantly to the member nations.

"This is the ability to deliver tennis and the future generations of tennis for years to come."

Asked about Hewitt’s comments on the matter, Haggerty went off on a tangent.

"When I was elected a couple of years ago by mandate, my promise was to bring certainty and financial stability to the ITF; that we would find new projects and new ways because we only have one thing that we need to do and that is to help the nations develop the sport," he said.

"This is a game changer for us because with the $22 million (£15 million/€18 million) a year that goes back to the nations, it’s really able to fund the development of tennis.

"I mean you can put rackets in the hand of people in Mauritius as an example.

"We’ll be able to do things as well as strengthening the Davis Cup competition.

"So it’s really about the future of the sport and we are the only body that invests into tennis, invests into the development and that’s what this enables us to do."

Probed for a response on Hewitt’s comments, Haggerty said: "No comments on his comments.

"I’m going to continue what I’m doing and fulfil my mandate."

ITF chief operating officer Kelly Fairweather then stepped in to give his view.

"I think the important is that when Kosmos put this offer to the Board at the Board meeting in Barcelona, there was unanimous support for that, so this is not coming from one person, this is coming from the Board as a group for the reasons David has already outlined," he said.

"To get that injection and funding and provide that certainty into the sport these days, in quite a uncertain market, provides a lot of confidence to all of us and I think to the nations."

France’s Davis Cup captain Yannick Noah has expressed his agreement with the stance of Hewitt, who told The Australian last month that the ITF should not base their decisions on the participation of leading players such as Nadal and Roger Federer.

"If their scandalous decision goes, it’s the end of the Davis Cup," Noah told French reporters.

"We’re talking about seven, eight players who gave a lot to tennis, but tennis also gave them a lot.

"This is a time when they have to give to tennis.