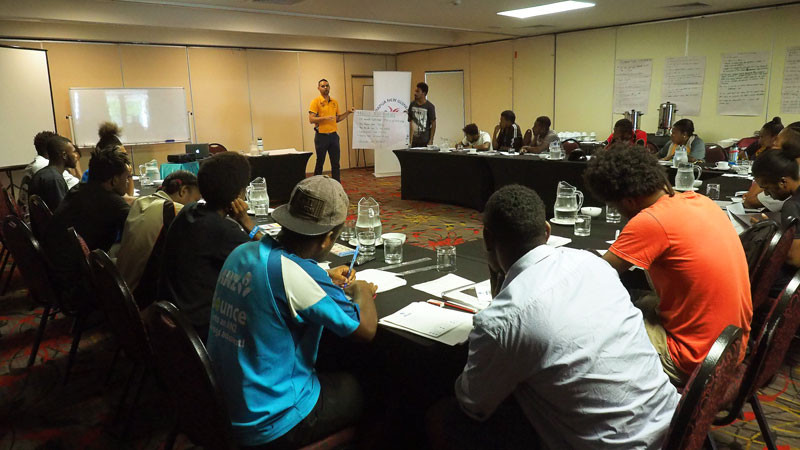 The Papua New Guinea Olympic Committee's (PNGOC) H.E.R.O programme has welcomed its third group of athletes from the country.

Held over a week, the scheme teaches skills in public speaking, presentations, professional conduct and the running of programmes.

Athletes who have come through H.E.R.O have gone on to become leaders in planning, organising and running sessions on the Olympic Values Education Programme (OVEP), and other programmes run by PNGOC.

OVEP is a scheme which promotes the International Olympic Committee's (IOC) values of excellence, friendship and respect through athletes who express their own experiences.

Thirty athletes among the first and second groups have already taken the course.

Twenty-one more have now signed up for this year's programme.

"The idea is to use Team PNG elite athletes to deliver the message of good values which can be used in all aspects of life and not just in sports," said programme coordinator Milton Kisapai.

"Each athlete has their own story and through this programme they can share that story to inspire the next generation of PNG citizens to become good role models in whatever they are doing."

H.E.R.O gets its name from the PNGOC values of honesty, excellence, respect and openness.

The scheme has been backed by oil and gas firm Exxon Mobil PNG.

"With the support of Exxon Mobil, the PNG Olympic Committee is reaching out to more schools and young people and inspiring them with our athletes and their stories of determination, sacrifice and achievement," said PNGOC deputy secretary general Andrew Lepani.