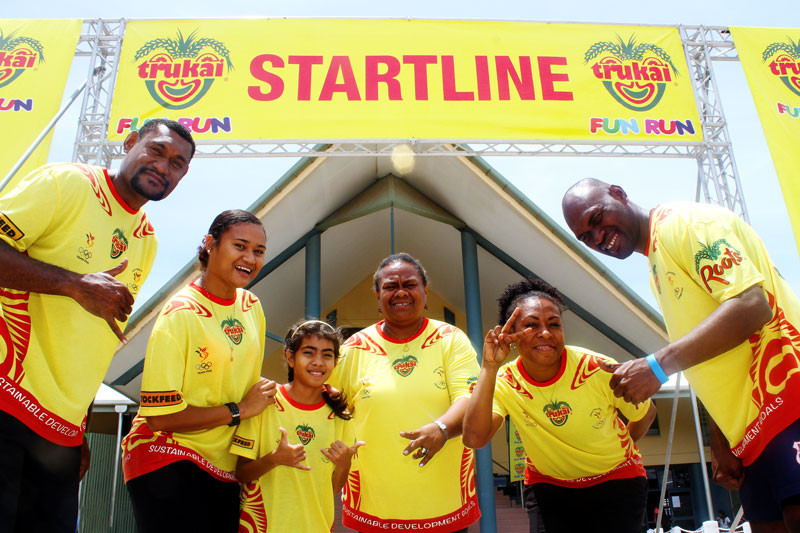 The Papua New Guinea Olympic Committee (PNGOC) will again hold a fun run in Port Moresby in June to raise funds for athletes.

The run fun, scheduled for June 24, will be the single largest fundraising activity organised by the National Olympic Committee.

It will be the 35th edition of the event, with Trukai Industries set to act as the major sponsor for the 19th straight year.

Around 80,000 runners are expected to take part in the run.

"Our athletes sacrifice a lot to be where they are and we are proud of their achievements," said Wesley Raminai, Papua New Guinea's Vice Minister for Sports.

"Through the Trukai Fun Run we can be able to give them our support to motivate and push them on in their individual pursuit for excellence.

"Sports is a great tool for development.

"It has the power to bring about positive change in our people and our communities and I encourage everyone to be involved with the fun run."

A launch at the Royal Papua Yacht Club in Port Moresby saw shirt designs for the 2018 event revealed, with a special message included about sustainable development goals.

They were modelled by Papua New Guinea athletes and school students.

Trukai are sponsoring 100,000 shirts this year, which will be sold to organisations during an auction.

Those who purchase the shirts have the opportunity to put their logo on them and donate to a selected school, who will be able to then resell them to help fund school projects.

Funds raised from this year's sale of shirts will also go towards supporting Papua New Guinea athletes, who are set to compete at the Commonwealth Games in Gold Coast in April.

"The Trukai Fun Run has been a great support for Team PNG and it has also provided extra support for schools, institutions and individuals through the prizes and programmes that are on offer during the event," said Tamzin Wardly, Papua New Guinea's Chef de Mission for the Commonwealth Games.

The Games will take place from April 4 to 15 in the Australian city.