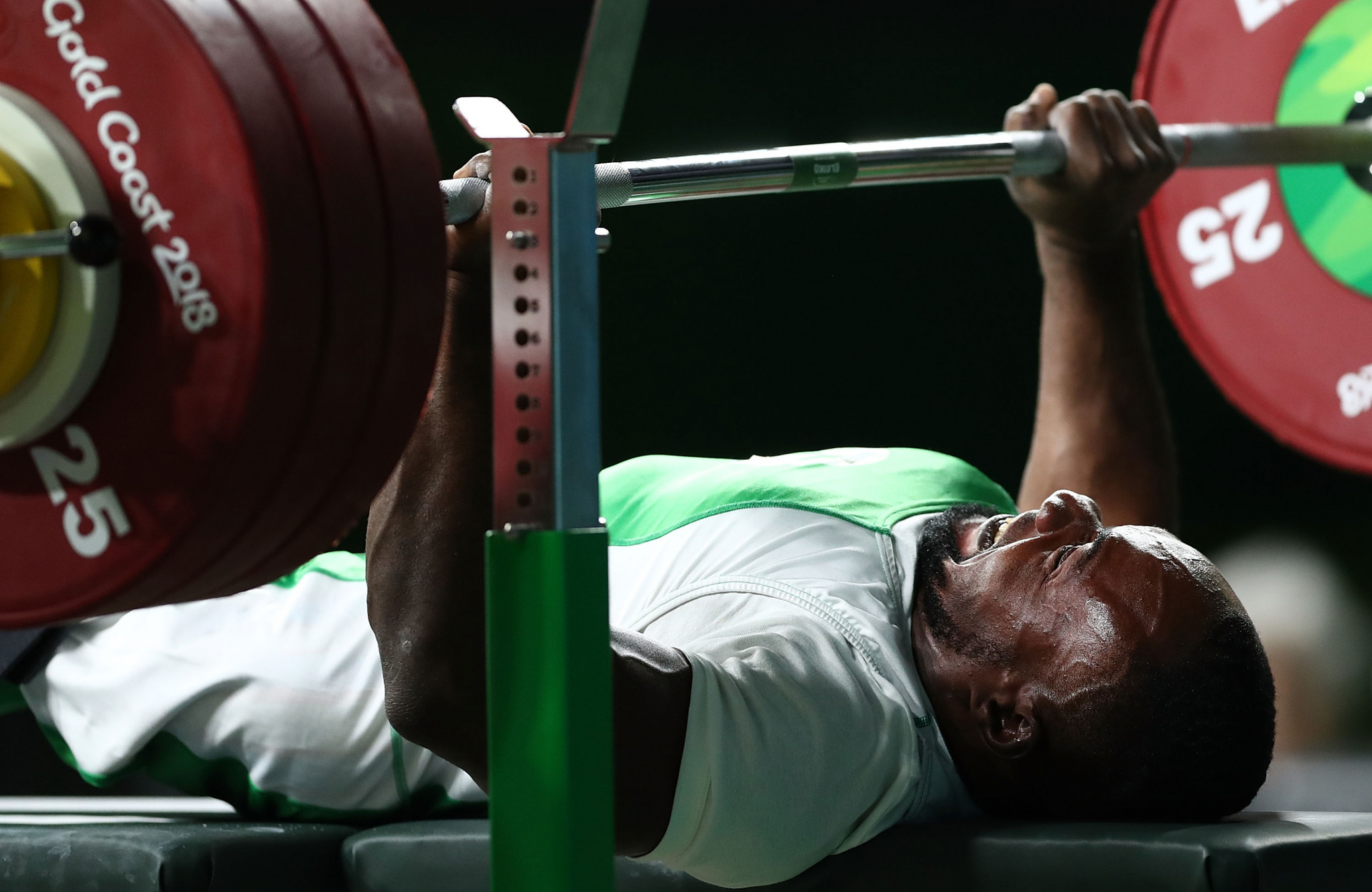 Nigeria won four of the six gold medals available on day one of the African Powerlifting Championships in Algiers.

The country's haul included both of the men's titles contested at the Harcha Hassan Arena in the Algerian capital.

Yakubu Adesokan won the men's under-49 kilogram class as he recorded a best lift of 176kg.

It earned him a big victory as Algeria's home hope Hadj Ahmed Beyour won silver on 143kg and Alion Bawa collected bronze for Togo on 115kg.

Silver went to Taha Abdelmagid of Egypt on 163kg as bronze went to Kheireddine Ababsa of Algeria on 113kg.

Samira Guerioua won silver for Algeria on 82kg in a two-woman contest.

The under-55kg title was bagged by another Paralympic gold medallist in Esther Oyema.

She hauled up 110kg to win in front of second-place Najat El Garraa of Morocco on 100kg.

Algeria's Nacera Boukhaloua was the only other competitor but did not manage a lift.

Hosts Algeria and Egypt won the remaining two gold medals which were contested.

The home win came in the women's under-41kg category thanks to Adra Lamia who hoisted up 63kg.

Akissi Michelle Kouadio of Ivory Coast won silver on 62kg and bronze went to Sabrina Moussaoui of Algeria on 52kg.

She lifted a best of 120kg to defeat silver medallist Karima Rami of Morocco on just 68kg.

Bronze was won by Houria Arabi of Algeria on 40kg.

More categories will be contested tomorrow.