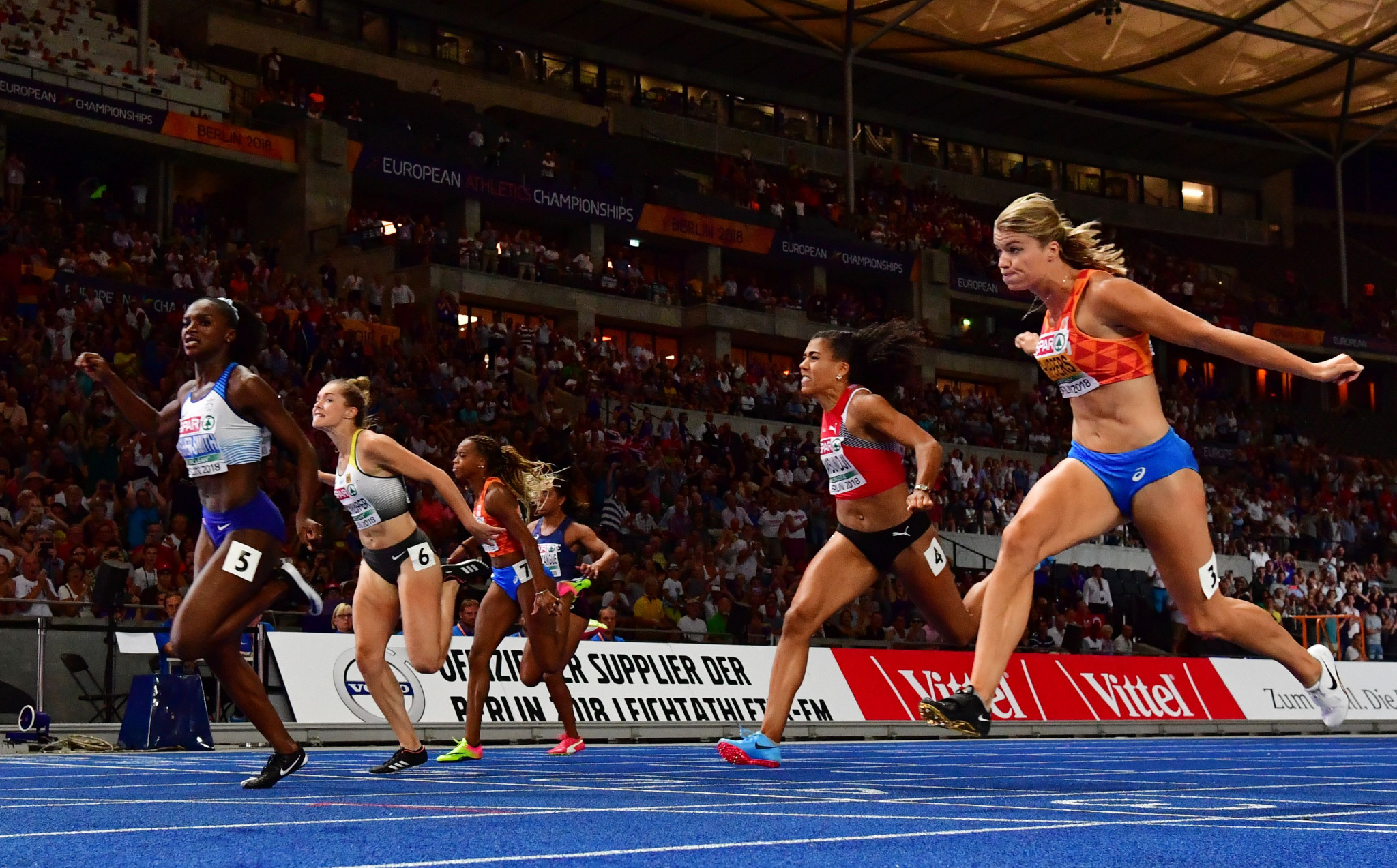 British sprinting and Polish throwing had a memorable night here as the 24th European Athletics Championships got properly underway, winning four of the five golds on offer in the evening session.

Dina Asher-Smith took gold in the women's 100 metres in 10.85 seconds, equalling the world's leading time this year, before Zharnel Hughes and Reece Prescod rounded off the activities by taking gold and silver in a Championship record of  9.95 and 9.96 respectively in the men's 100m, with bronze going to Turkey's Jak Ali Harvey in 10.01.

The men's hammer title went, as expected, to the Pole who leads this year's European rankings with 81.85m, Wojciech Nowicki, whose best of 80.12m on the night proved too much for compatriot Pawel Fajdek.

The 29-year-old triple world champion and defending European champion had to settle for silver with a best of 78.69.

And then, for all the massive efforts of home athlete David Storl to earn a fourth consecutive European title, Poland blitzed the men's shot put.

Michal Haratyk took gold with 21.72m and his 21-year-old training partner Konrad Bukowiecki showed his massive competitiveness as, despite suffering from a lingering finger injury and a twisted ankle, he produced an outdoor personal best of 21.66, a national under-23 record, to take silver.

Storl, who had set the stadium in a deep-throated ferment as his first throw landed at 21.41, just short of the season's best of 21.62 he set last month, eventually saw its value slip from gold to bronze as the Poles passed him in the very next round.

"Today, it was a really good day for the Polish athletics," said Haratyk.

"I am very glad for Konrad but until the sixth attempts, I felt in danger.

"I knew all these guys are very strong and are able to throw further.

"I think the level of the Polish athletics is very high and I hope we will top the medal table again.

"I will cheer for all my team-mates now."

Asher-Smith started best and was never headed, floating to the line as the heavier power of the defending champion, Dafne Schippers of The Netherlands, who has won the last two world 200m titles, was brought to bear.

Schippers finished fast but had to settle for bronze in 10.99 behind the dancing Briton and Germany's disbelieving silver medallist Gina Luckenkemper, who set a European under-23 record of 10.98.

"I'm so happy with my time," said the 22-year-old Londoner Asher-Smith, whose World Championship preparations last season were severely undermined when she broke her foot in a freak training accident in February.

"I came here to be European champion, so I'm happy to have achieved that."

She was the first British woman to win the European title since Dorothy Hyman at the Belgrade Championships of 1962.

For France's jimmy Vicaut, who heads this year's European list with Hughes on 9.91, a semi-final victory was swiftly followed by disappointment as a hamstring problem prevented him taking his place in the final.

A relatively slow men's 10,000m final wound up to a dramatically swift conclusion that saw France's 30-year-old Morhad Amdouni take the biggest gold of his successful continental career in 28min 11.22sec ahead of Belgium's Bashier Abdi, who clocked 28:11.76.

Italy's 21-year-old Ethiopian-born Yemaneberhane Crippa, who lost his parents in the Eritrean-Ethiopia war and was brought up in Trento by his adoptive Italian parents, earned bronze in 28:12.15.

Earlier in the day Matej Toth's plan to add a European 50 kilometres race walk gold to his world and Olympic versions fell short in blazing heat at the Breitschiedplatz city centre venue, but he ended up with the next best thing as he followed home Ukraine's Maryan Zakalnytskyy, who won the first title of the Championships in 3:46.32.

The 35-year-old Slovakian added a second silver to the one he had won at these Championships four years earlier as he finished in 3:47.27, with bronze going to Dzmitry Dziubin of Belarus in a personal best of 3:47.59.

The first women's 50km race walk to be held at the European Athletics Championships - following its introduction at last year's World Championships - went to the athlete who had won that debut event in London, 38-year-old Ines Henriques of Portugal, in 4:09.21.

The golden European ambitions of two global champions fell to earth in the morning as France’s world decathlon champion Kevin Mayer failed to register a legal long jump in his second discipline and home athlete Christoph Harting, the Rio 2016 discus champion, also failed to set a legal mark in his qualifying competition.

It could have been worse.

At least Harting's elder brother Robert was able to ensure he will have his last moment in the sun at the stadium where he won the world title in 2009.