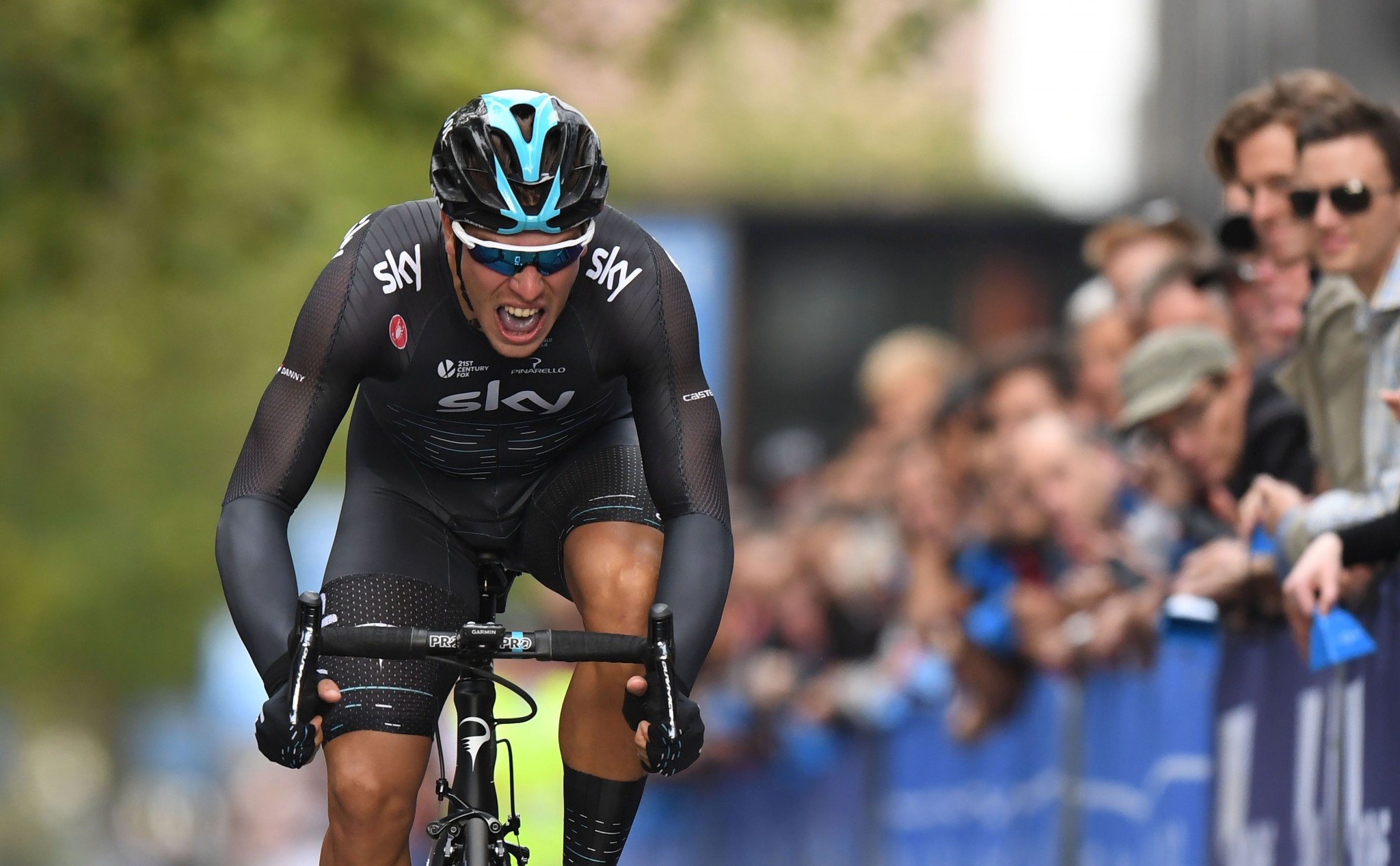 Danny van Poppel converted Team Sky’s hard work into victory on the fifth stage of the Tour of Poland in Rzeszów.

The Dutch rider had narrowly missed out on a win on three stages at the International Cycling Union WorldTour race, although he had previously held the overall race lead.

Another opportunity presented itself on a potential sprint stage, but Van Poppel required strong work from his Team Sky colleagues to haul back a breakaway group.

A five-man move, which included Germany’s Maximilian Schachmann and American Tejay van Garderen, looked to hold off the sprint teams with a number of climbs giving them a chance to stay away on the 130 kilometre route from Olimp Nagawczyna.

They would remain clear heading into the closing 30km of racing, where their number was reduced to four when Quick-Step Floors’ Schachmann crashed and was ultimately forced to abandon the race.

Van Garderen opted to move clear on the final climb, located at 15km from the finish, with the American seeking to claim a solo victory.

His efforts proved in vain as a Team Sky led peloton caught the BMC Racing rider in the closing kilometres.

4 times on a #TDP2017 podium, but finally top spot! @Dannyvanpoppel - this is your moment! @TeamSky pic.twitter.com/iPFq4RGXsA

Their efforts were rewarded when Van Poppel sprinted to the stage win in 2 hour, 59min and 44sec, with Slovenian national champion Luka Mezgec taking second for Orica Scott.

Slovakia’s Peter Sagan, the reigning world champion, placed third on the same time as the winner.

Racing will continue tomorrow with a 189km stage from Wieliczka Salt Mine to Zakopane.