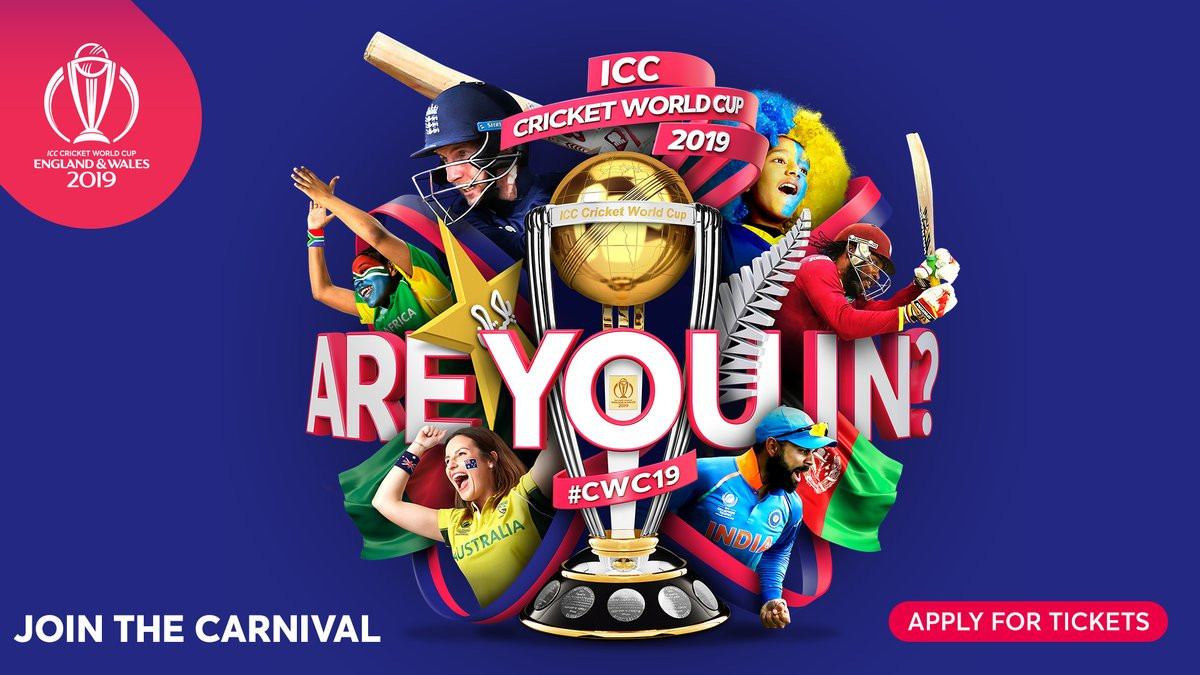 Organisers have launched their public ballot for tickets to the 2019 International Cricket Council (ICC) Cricket World Cup in England and Wales.

The public ballot follows the closure of a "Cricket Family Ballot" for county members, supporter groups, players and previous ticket purchasers in June.

Under the terms of the public ballot, each applicant will have the same chance of securing tickets to the tournament.

The public ballot is due to close on August 29.

Any remaining tickets will be made available on a first come, first serve basis in September.

To accompany the launch of the public ballot, organisers have unveiled a marketing and public relations campaign called "Are you in?"

The campaign's launch film features Andrew Flintoff, with the former England cricketer singing and dancing to the sound of Imagine Dragons' song On Top of the World.

Flintoff invites the public to join "sport's greatest carnival" in the film.

It is claimed the campaign continues the marketing approach of putting fans, influencers and celebrities at the "heart of the creative".

The hope is this will resonate with the asserted one billion cricket fans around the world, as well as reaching new fans.

🎶 The World Cup carnival is coming! 🎶

Developed by MATTA, the campaign is aimed at celebrating the diversity of cricket, with the 10 competing nations coming together.

Organisers believe this is also uniquely shown in multi-cultural Britain, with each nation claimed to have a "strong home support".

MATTA claim they produced the campaign to show the tournament as a fun "carnival" style day out.

The versatility and inclusiveness of the messaging was promoted as a rallying call to grow the game's appeal beyond core cricket fans.

The tournament is set to begin on May 30 next year when hosts England take on South Africa at The Oval in London.

The format will see the 10 best teams in the world go head to head in a single round-robin format, before the top four advance to the semi-finals, with the final due to take place on July 15.

Australia will be seeking to retain the title they won back in 2015.

West Indies and Afghanistan earned the final two places by via the ICC Cricket World Cup qualifier earlier this year.