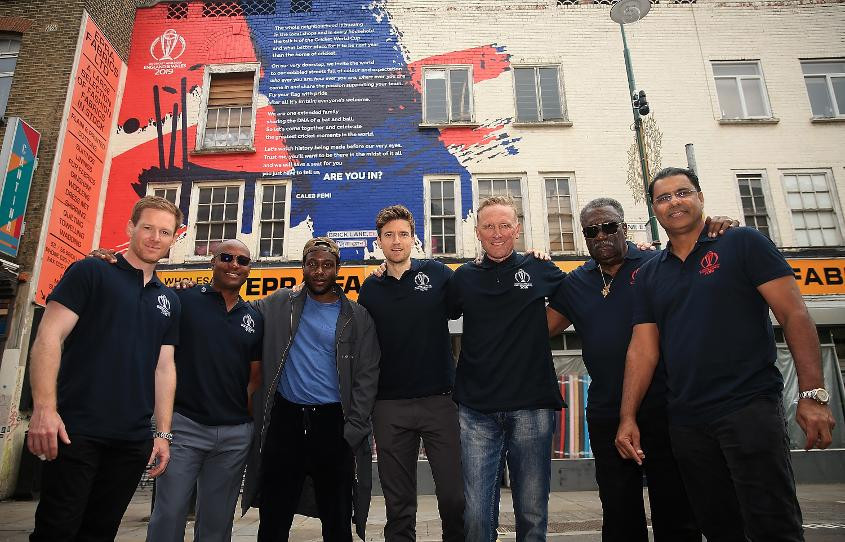 Organisers have marked one year to go until the International Cricket Council (ICC) Cricket World Cup in England and Wales.

England captain Eoin Morgan was joined by ICC Cricket Hall of Famers Brian Lara and Waqar Younis at Brick Lane in London to mark the occasion.

The 20 line declaration was claimed to show the promise of the event to fans around the world and what it means to cricket fans in England and Wales.

"The ICC Cricket World Cup in England and Wales is truly unique," he said.

"It offers every competing nation a home crowd atmosphere with passionate fans.

"That combined with the best teams in the world going head to head in outstanding venues is a fantastic combination for cricket fans globally.

"We're going to make this event a great celebration of cricket and the cultural diversity of our sport, bringing people and communities together from Manchester to Mumbai and Southampton to Sydney."

The tournament will begin next year when hosts England take on South Africa at The Oval in London.

The format will see the 10 best teams in the world go head to head in a single round-robin format, before the top four advance to the semi-finals.

Australia will be seeking to retain the title they won back in 2015.

A "Cricket Family Ballot" for tickets is set to close on June 1, giving people two days left to register.

The ballot is for county members, supporter groups, players and previous ticket purchasers.

A public ballot will then be launched in July, with any remaining tickets being made available on a first come, first serve basis in September.