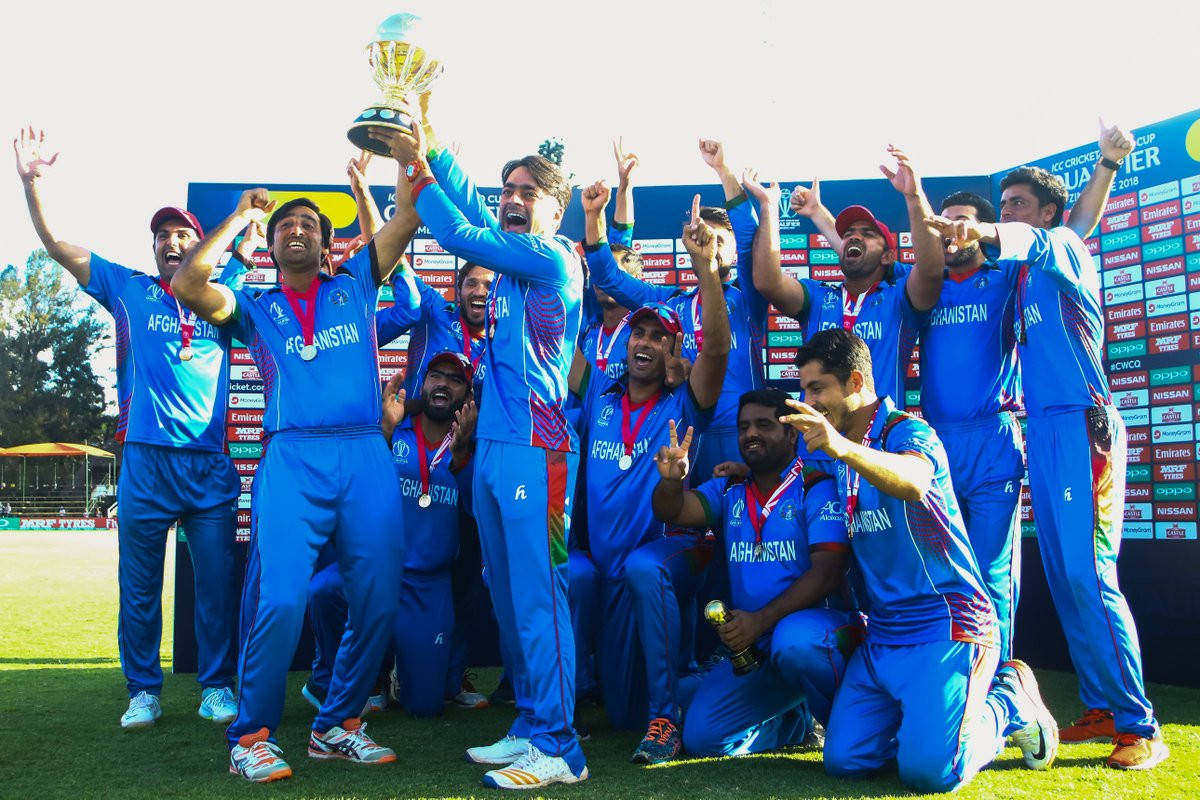 Three consecutive sixes from Mohammad Nabi off the bowling of West Indies’ Chris Gayle secured victory for Afghanistan in the final of the Cricket World Cup qualifiers in Zimbabwe.

In reaching the final of this International Cricket Council event, both sides had already secured the two automatic places for next year’s Cricket World Cup in England.

But it was the second seeds who finished triumphant over the top seeds, securing this title for the first time, on a dramatic day of action at the Harare Sports Club.

After winning the toss and choosing to bat, West Indies only managed to reach 204 in 46.5 overs, Rovman Powell top-scoring with 44.

Mujeeb Ur Rahman took four for 43.

Afghanistan, who reached the 2015 Cricket World Cup group stages, passed the total with a little under 10 overs to spare as Nabi’s extravagant final flourish took them to 206-3.

Their success represents a remarkable turnaround as they lost their first two matches of the tournament in the group phase and only crept into the Super Sixes with a solitary victory to their name.

Mohammad Shahzad top-scored for the winners with 84, earning man of the match.

Afghanistan last played in the qualifiers in 2009 in South Africa and finished fifth, but did not compete in the 2014 qualifier, having progressed to the 2015 World Cup by virtue of finishing second to Ireland in the ICC World Cricket League Championship.

"First we qualified for the World Cup, and now we're champions," said Shahzad.

"We have the world's number one spinner and the number three allrounder, that's why I said, 'West Indies, we're coming'.

"The West Indies guys are good human beings, and I have a lot of friends from their team."

Zimbabwe’s all-rounder Sikander Raza received the man of the series award - but it seemed of little consolation to him after unexpected defeat by the United Arab Emirates in their final match effectively ended the home side’s chances of reaching next year’s showcase in England and Wales.

"This trophy is a painful reminder of the dreams we had.

"It's a reminder of the 50 million dreams we crushed.

"Unfortunately we will not be in the World Cup next year."