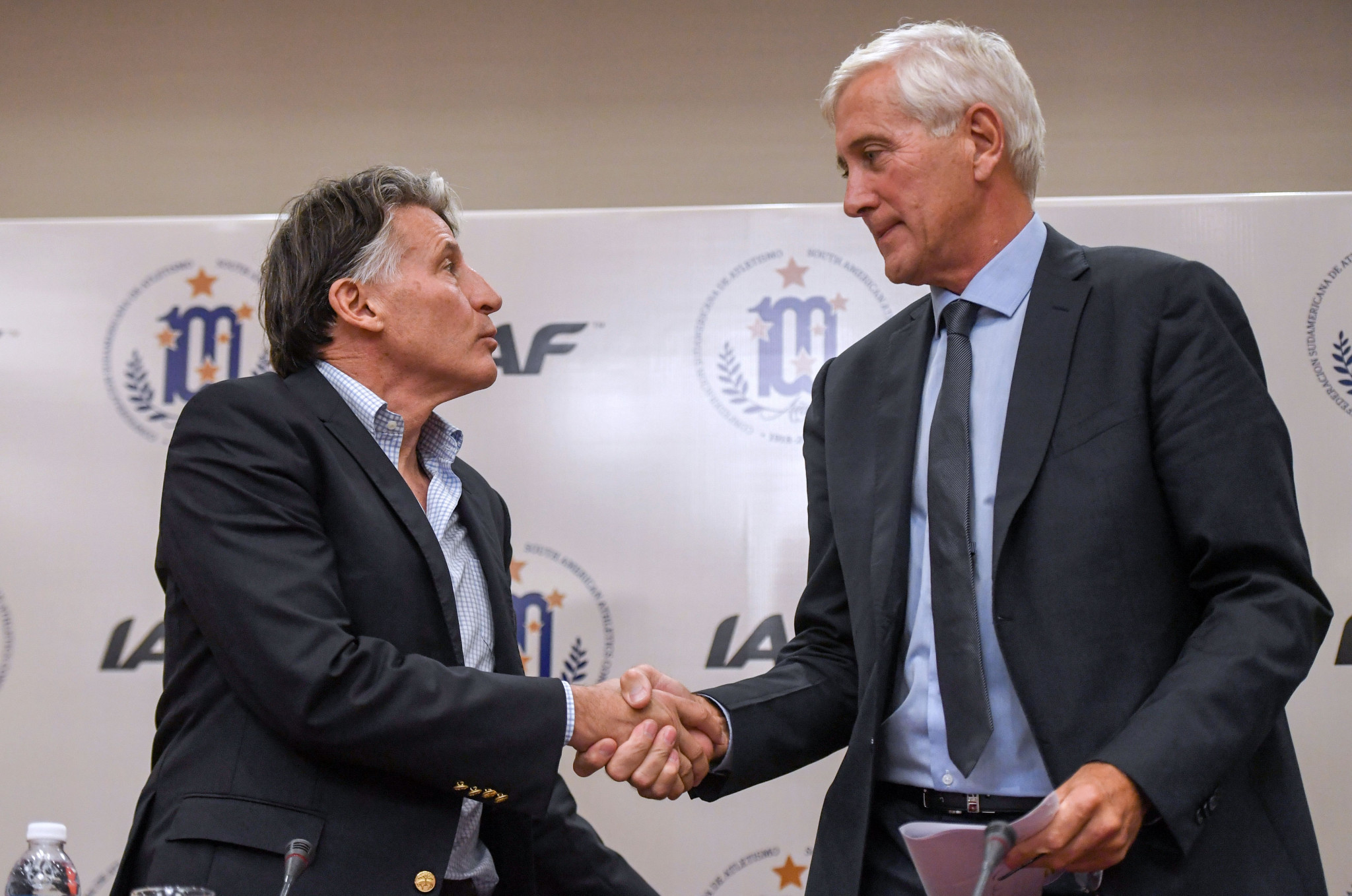 Russia were first banned in November 2015 over evidence of state-sponsored doping.

IAAF members were reported to be "unanimous" in their decision - just 10 days before the start of the European Athletics Championships in Berlin - to retain the ban.

Any medal successes will be not be accompanied by the Russian anthem or flag.

"There are still some gaps to be filled," said IAAF President Sebastian Coe.

"Progress has been made in key areas, but we aren't yet at that point where every element of that [reinstatement] criteria has been met."

Rune Andersen - head of the IAAF's Russian Taskforce team overseeing reinstatement - reaffirmed three demands must be met for Russia to be welcomed back.

Firstly, the Russian Athletics Federation must pay for the costs incurred by the IAAF in the wake of the doping scandal, notably the establishment of the Taskforce.

The Russian Anti-Doping Agency (RUSADA) must also be reinstated by the World Anti-Doping Agency, with a key requirement being the acknowledgement by Moscow that Ministry of Sport officials orchestrated the doping of Russian athletes.

And finally, Russian authorities must give access to doping tests carried out at RUSADA's Moscow laboratory between 2011 and 2015.

Russia has repeatedly denied running a state-sponsored doping programme, but evidence of state involvement in the systemic doping of Russian athletes was compiled in the 2016 McLaren Report.

Its conclusions - and that of a later International Olympic Committee report - led to the country being banned from February's Winter Olympics in Pyeongchang where they were forced to compete neutrally.