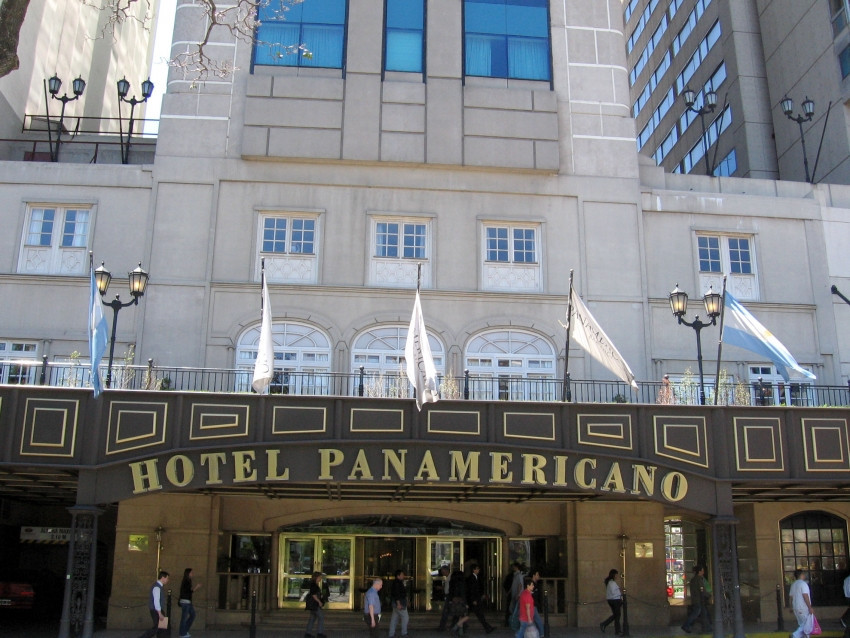 There will be a change of scene but no major change in policy over Russia’s exclusion tomorrow as the International Association of Athletics Federations Council holds its 214th meeting at the Panamericano Hotel in Buenos Aires.

However, there will be news on the 2023 IAAF World Championships, for which three European cites, most notably Budapest, have expressed interest – and one of these may get the nod, pending likely formal confirmation at the Council meeting in November.

The 2021 Championships were awarded directly to Eugene in Oregon - a decision that provoked widespread criticism, notably in Sweden, where a bid was being prepared on behalf of Gothenburg.

As insidethegames reported earlier this month, as part of a new and more informal process for selecting host cities, the IAAF have not undergone any structured bidding process for their showpiece event and do not plan to announce official candidates.

Barcelona have also expressed interest in the 2023 Championships, as have Kenya, although the expectation is that Africa would not be due to host a World Championships until 2025.

Balázs Fürjes, Government Commissioner for International Sport Bids, Budapest, commented: "It would be an honour to be the first European host of the IAAF World Championships after London, exactly 25 years after the European Athletics Championships in Budapest."

The two-day meeting, which forms part of the centenary celebrations of the South American Athletics Confederation (ConSudAtle), will hear the latest update from the Taskforce charged with overseeing Russia’s progress as it seeks to overturn the ban imposed on its athletes by the world governing body in November 2015 following allegations of systematic doping abuse.

While some progress has been made, the IAAF Taskforce head Rune Andersen is expected to point out that the two criteria for Russia’s return remain unfulfilled - namely full reinstatement of the Russian Anti-Doping Agency by the World Anti-Doping Agency and an official response to the findings of the McLaren Report, which accused Russia of the systematic manipulation of the doping programme at events including the 2014 Winter Olympic and Paralympic Games in Sochi.

In the meantime, a number of Russian track and field athletes are back in international action but competing as Authorised Neutral Athletes, with the national flag and anthem banned from any medal presentations in which they are involved.

In April, the Russian Sports Minister Pavel Kolobkov claimed he and the IAAF President, Sebastian Coe, had set out a "road map" over the following months that would assist in Russia’s reinstatement.

The IAAF, however, deny that a road map has been agreed and, in a statement to insidethegames, said: "The meeting was useful in terms of restating for the Russia Sports Minister the areas that still remain outstanding for the reinstatement of RusAF (Russian Athletics Federation).

"These are the same areas that are included in the Taskforce report to Council in March and we continue to make ourselves available to the Russia Sports Ministry and RusAF as they move forward on the agreed reinstatement criteria."

In March, three days after Pyeongchang 2018, the International Olympic Committee reinstated the Russian Olympic Committee, with several members saying they wanted to "draw a line" under the country’s doping scandal.

Not on the agenda for discussion is the IAAF’s proposed new female classification rule, which could see world and Olympic 800 metres champion Caster Semenya banned from competing at her favoured event - a rule that the South African Athletics Federation has vowed to challenge.

The IAAF position is that its decision is scientifically sound, and already announced.

It is now down to the Court of Arbitration for Sport in Lausanne to rule on any case that South Africa may bring to it.

Other items that are due for discussion include the current freeze on transfers of allegiance for athletes, and there will be a decision on the hosting of the 2020 IAAF World Under-20 Championships.

Council members are set to hear presentations from the 2019 IAAF World Championships in Doha, as well as updates from the Athletics Integrity Unit and various other groups, including the athletes' Commission.