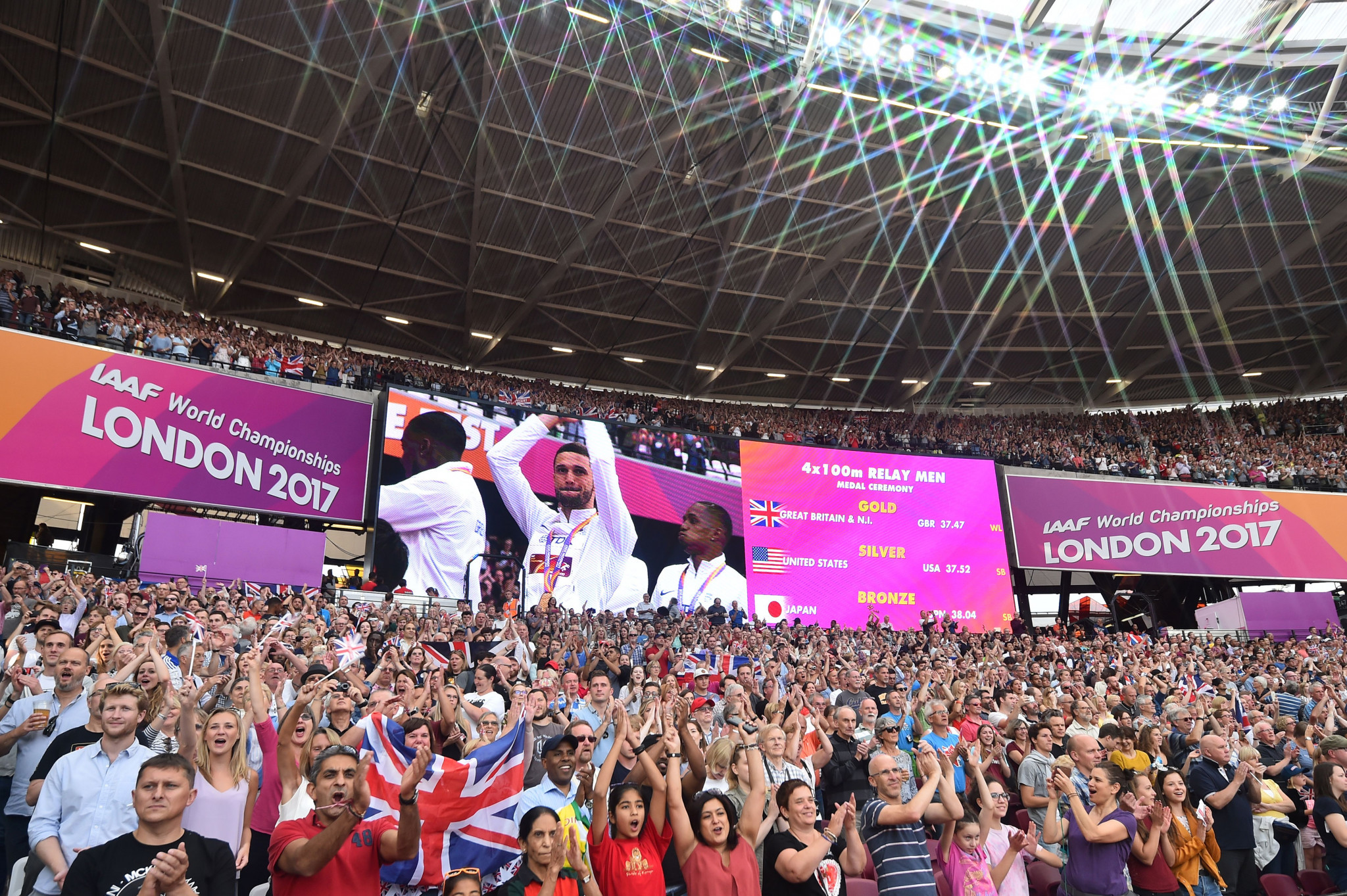 UK Sport have claimed a total of £134 million ($175 million/€150 million) has been generated for London from hosting major events at venues used at the 2012 Olympic and Paralympic Games in the city.

The UK's high performance sports agency made the statement on the six-year anniversary of the London 2012 Opening Ceremony.

"Six years on from London 2012, it is fantastic to demonstrate such a strong major events legacy from the Olympic and Paralympic Games and our work in this area has significantly enhanced our international reputation," Esther Britten, UK Sport's head of major events, said.

"The significant economic impact comes on top of the benefits athletes receive when competing on home soil in addition to the phenomenal opportunities spectators and volunteers enjoy when experiencing live sport.

"Every London 2012 venue has hosted world-class competition since the Games while they have also been open to the general public, allowing people of all ages to use the same arenas as their inspirational Olympic and Paralympic heroes.

"London 2012 established the UK as a world-leading host of major sporting events and, as the Government's specialist major events agency, and with support from the National Lottery, we will continue bringing some of the world's top sporting events to London and the rest of the UK."

It is claimed the Championships generated £79 million ($103 million/€89 million) to the London economy.

The 2013 Triathlon World Grand Final in Hyde Park is claimed to have generated £8 million ($10 million/€9 million).

"We congratulate London and UK Sport on continuing to deliver an impactful Games legacy that is adding value to the city and its citizens six years on from hosting the Games," Christophe Dubi, International Olympic Committee (IOC) Olympic Games executive director, said.

"This is a great example of how the Olympic Games can transform lives and provide diverse long-term benefits for a city for years and decades to come."

The latest major event to be held at a venue from the Games is the 2018 Women's Hockey World Cup, which is currently taking place at the Lee Valley Hockey and Tennis Centre.

The Hockey World Cup has sold more than 100,000 tickets, with UK Sport revealing fans have travelled from across the world to attend.

All England games are sold out with the capacity of the venue, located on the Queen Elizabeth Olympic Park, trebled to more than 10,000 to meet the demand for tickets.

UK Sport claim a global television audience of one billion is set to watch the event, due to conclude on August 5.

The organisation has announced they will be investing almost £30 million ($39 million/€33 million) in its current major events programme, which began in 2017 and is due to run through until 2025.

The investment is aimed at bringing the world’s top sporting tournaments to towns and cities across the country.

The includes the 2018 Boccia World Championships and 2019 Netball World Cup in Liverpool, and the 2019 World Road Cycling Championships in Yorkshire.

The 2022 World Gymnastics Championships, which will also be held in Liverpool, has also been secured.

It is claimed that more than 1.3 million people have attended 25 National Lottery-funded events in the capital since the Olympic and Paralympic Games.

The figures only include events directly supported by UK Sport in London, with the organisation stating they do not include the many of uses of and events held at legacy venues or those held in other parts of the country.

Lyn Garner, chief executive of the London Legacy Development Corporation, has claimed in addition to the use of venues, further developments have and are continuing to take place to ensure a strong legacy from the Games.

"So much has changed at Queen Elizabeth Olympic Park in the last six years," she said.

"Since London 2012, homes have been built, thousands of jobs have been created and millions of people have visited the venues and events at the Park.

"And there's even more to come; from world class universities and museums to new schools and businesses."