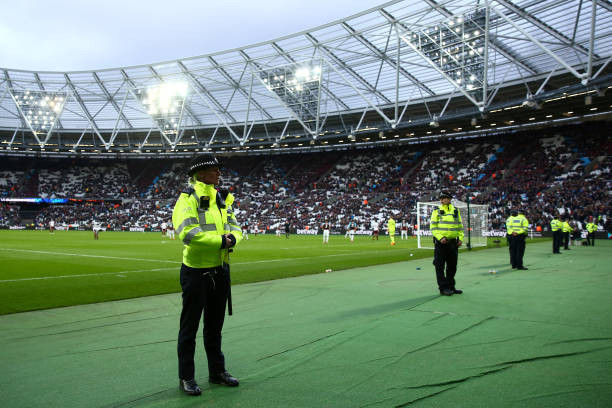 West Ham United claim they are optimistic of "a more constructive communication" with London Mayor Sadiq Khan following crunch talks today about the future of the Olympic Stadium.

Khan met with Karren Brady, vice-chairman of the Premier League club, for the first time to discuss finances and safety.

A total of 20 people were arrested after ugly scenes during West Ham's 3-0 defeat at home to Burnley on March 10.

In December, Khan announced he was taking control of the London Stadium - as it is now officially known - following a report which revealed it was losing about £20 million ($28 million/€23 million) a year.

West Ham pay only £2.5 million (£3.5 million/€2.8 million) annually as part of the 99-year lease they signed after leaving their previous ground at Upton Park, a move which has upset many of its supporters.

They share the Stadium with several other sports, including athletics.

The International Association of Athletics Federations World Championships was held there last year.

West Ham are also involved in a £100 million ($141 million/€114 million) High Court legal row with the London Legacy Development Corporation over capacity at the Stadium, where the club are tenants, and over other aspects such as who pays for match-day costs for food, drink, television and hospitality.

Brady hopes today's meeting will help mark the start of a better relationship between West Ham and Khan.

"At the meeting which lasted around 45 minutes, they discussed a range of issues, including improving operator standards and making London Stadium have the look and feel of West Ham United," they said in a statement.

"The Club remain hopeful that, now dialogue has commenced, it will pave the way to reaching a more constructive communication between the parties in the future.

"Both parties shared a joint commitment to ensuring that London Stadium is safe and secure for all West Ham supporters for the remaining five home games of the season and thereafter."