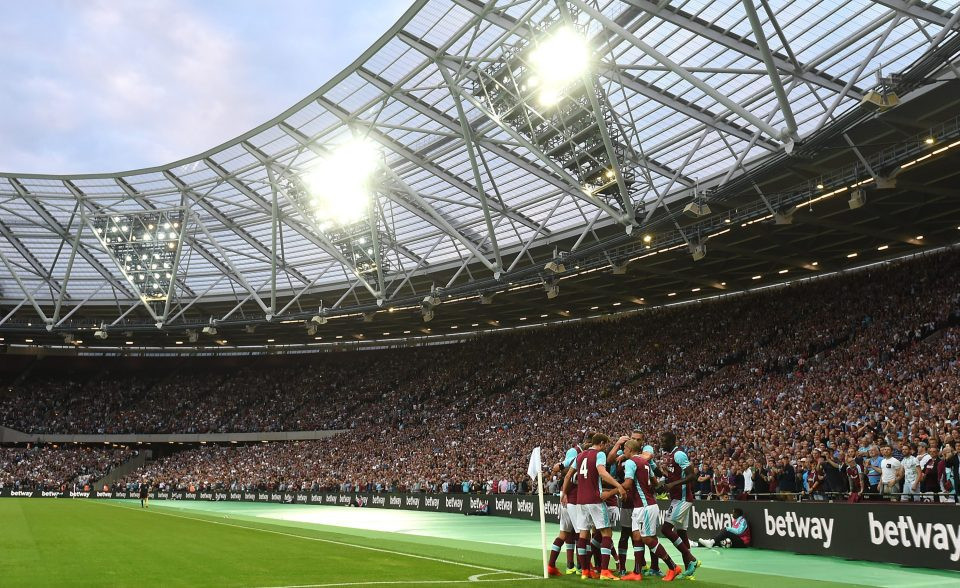 London Mayor Sadiq Khan has announced plans to take control of the Olympic Stadium after he claimed a "catalogue of errors" by his predecessor Boris Johnson led to the costs of transforming it into West Ham United's new ground soaring.

An independent 169-page review was published today, which claimed the mistake had led to massively increased conversion costs after the 2012 Olympic and Paralympic Games.

"I ordered the review into the finances of the London Stadium to understand how key decisions were made about its transformation and why costs were allowed to spiral out of control," Khan said.

"What has been presented is simply staggering.

"Not for the first time, it reveals a bungled decision-making process that has the previous Mayor’s [Boris Johnson’s] fingerprints all over it."

This morning I’ve published the independent review into the mismanagement of London Stadium finances by the former Mayor. It reveals a catalogue of errors that has left the taxpayer to foot an annual loss of around £20 million. https://t.co/2jPdBI38Nf pic.twitter.com/7p7N4CX1K3

It was revealed last year that West Ham, which is not directly criticised in the report, will pay only £2.5 million (£3.4 million/€2.8 million) rent for its new home under a 99-year teneancy deal agreed in 2013.

An independent review, which had been commissioned in March, discovered the conversion cost £323 million ($435 million/€367 million) when the original estimate had been £190 million.

Khan claimed Johnson's decision to make taxpayers  to pay the bill means Londoners will have to shoulder a predicted loss of £24 million ($32 million/€27 million) this financial year.

He has now promised to take control of the London Stadium - as it is now called - in order to "renegotiate deals" and "minimise ongoing losses".

According to the review, policing and stewarding costs have "increased notably".

The failure to secure a deal on naming rights for the Stadium, forecast to bring income of £4 million ($5.5 million/€4.5 million) a year, and a shortfall in "commercial income" from catering and other sales so big that it does not even cover the payment to the operator Vinci.

Other financially damning misjudgments over costs included estimates of the retractable seating that allows the 60,000 capacity Stadium to be used for Premier League football during the season, but other events such as athletics in the summer.

Johnson’s decision to use the Stadium to host Rugby World Cup games in 2015 added extra delays, disruption and costs to the construction programme, according to the report.

"Boris Johnson clearly panicked when faced with legal challenges about West Ham and Newham’s joint bid to take ownership of the Stadium and then decided to re-run the bid process with the taxpayer taking all the risks and footing almost the whole bill," said Khan.

"You simply couldn’t make it up.

"The fact he also failed to properly examine the transformation costs or the entirely inadequate estimates for moving the retractable seats leaves us squarely in the dire financial situation we are in.

"I am determined to put the London Stadium towards a stronger financial footing and secure its long-term future, but I’m under no illusion that this is going to take time and some real commitment from all partners to make this work."

Sir Robin Wales, the Mayor of Newham, the London Borough the Stadium is located in, was critical of Johnson's role.

"On behalf of Newham residents, I am angry that the deals and decisions made by the former Mayor of London and his administration have left the stadium finances in such a dreadful mess," he said.

"It is regrettable that the finances of the Stadium have not followed the expected course."

A spokesman for West Ham United claimed they had delivered everything they had promised and were not to blame for the situation.

"As the report confirms, the Concession Agreement is a watertight, legally binding contract signed in 2013 in good faith by West Ham United, who remain absolutely committed to its terms for the entire 99-year duration," the spokesman said.

"We have delivered everything we committed to within the Concession Agreement, and act as the primary delivery vehicle for London Stadium’s legacy delivering its most watched sporting spectacles, revenue driving events and thousands of jobs for local people.

"It is not in West Ham United’s interests for the Stadium to be not performing in line with aspiration and, as we have done ever since moving to Stratford in the summer of 2016, we continue to offer the benefit of our commercial expertise and substantial experience in managing successful stadia.

"West Ham United will continue to devote our absolute commitment to London Stadium, but our first priority in this sense is always to act in the best interests of our supporters.

"We fully concur that West Ham United has played a significant part in the most successful regeneration programme in the history of the modern Olympics, however the Stadium itself craves renewed leadership and direction and we welcome the Mayor’s decision to step in and deliver this.

"West Ham United is firmly behind him."