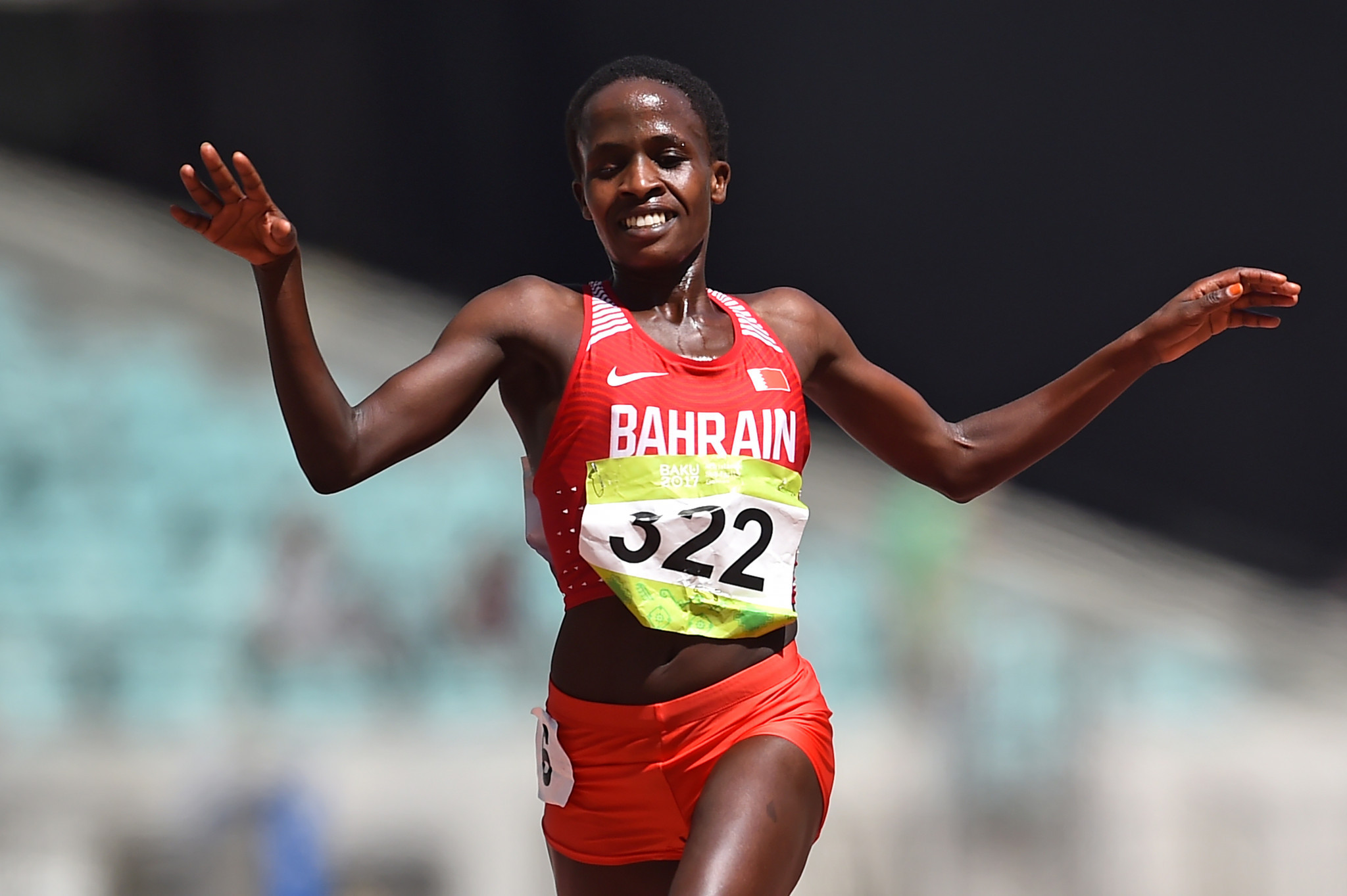 The Athletics Integrity Unit (AIU) has today announced that Olympic 3,000 metres steeplechase champion Ruth Jebet is among more than 100 track and field athletes and officials who are subject to disciplinary proceedings for doping offences.

The adverse result was reported by The Guardian, who cited a "number of prominent sources".

The information released today marks the first official confirmation that disciplinary proceedings are being pursued.

It follows the introduction of a new public disclosure policy by the AIU to protect the integrity and reputation of the sport of athletics by prioritising transparency with regards to its operations and handling of cases.

The policy, which explains when and how the AIU will publicly disclose the existence and progress of cases arising under its jurisdiction, can be found here.

Previously, the AIU only disclosed cases after their final determination, once all appeal rights had been exhausted.

The implementation of this policy follows an application made by the AIU to the relevant data protection authority in Monaco in January 2018 which was approved in May.

From today, the AIU website will be updated with the relevant details of each case so that the public can track the flow of cases through the relevant phases of the disciplinary process.

Hearing decisions will also be published.

Cases will be removed once they are no longer operative, for example when a period of ineligibility is completed.

"The Athletics Integrity Unit believes that the transparency measures unveiled today signal best practice in sport and will help instill greater public confidence in the integrity of athletics and the operations of the AIU."

Jebet, 21, was born in Kenya but has represented Bahrain since the age of 16.

She won the Olympic title at Rio 2016 for her adopted country before taking six seconds off the world record for the steeplechase with a time of 8min 52.78sec in Paris later that season.

She is joined on the list of athletes subject to proceedings by Kenya’s Violah Jepchumba, who ranks as the third fastest woman ever in the half marathon.

It has been revealed that she is fighting a four-year ban for doping offences.

In December 2017, Wagner claimed he invented a story about obtaining banned drugs in a bid to impress undercover reporters.

Gatlin, booed after returning from two doping suspensions to win the 100m title at the 2017 International Association of Athletics Federations (IAAF) World Championships in London, insists he has done nothing wrong and took swift action to distance himself from Mitchell.

Eleven of the cases have been excluded because suspensions have already been served.

The total number of cases relate to 103 elite level international athletes, collectively the winners of 85 medals at the Olympics and World Athletics Championships and most of whom are Russians implicated in the second McLaren Report in December 2016.

They also include 14 other athletes competing internationally and four officials.

All but two of the cases relate to doping.

There are currently 24 persons provisionally suspended from the sport and 27 pending first instance prosecutions.

Since April 2017, there have been 81 concluded first instance cases, with seven concluded appeals.

The final and binding outcomes of many of the concluded cases have been previously published, but today both pending cases and the most recently concluded cases are also disclosed along with the written decisions of the Court of Arbitration for Sport and the IAAF Disciplinary Tribunal.

In terms of doping, only six of the published cases involve "specified substances", with 111 cases involving serious doping substances or behaviours.

While the current case mix heavily favours doping cases, it is expected that more and more non-doping cases will arise given the transfer of jurisdiction over such cases from the IAAF Ethics Board and the emerging investigation activities of the AIU.

"We are only at the beginning of our mission to restore the reputation of Athletics and there is a lot more work to be done," Brett Clothier, head of the AIU, said.

"The current and recent caseload reflects the challenge we face as a sport, but also the fact we are willing to take on that challenge and drive cheats out of athletics."