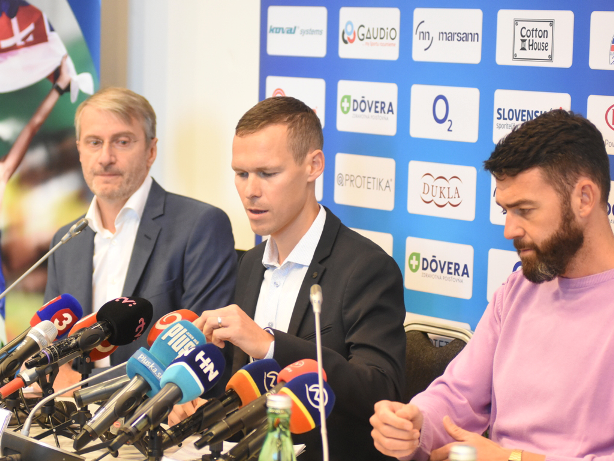 A decision by the Slovak Athletic Federation (SAZ) to clear Olympic 50 kilometres race walking champion Matej Tóth of doping is set to be investigated by the Athletics Integrity Unit (AIU).

Tóth had revealed in July that he had been contacted by the International Association of Athletics Federations (IAAF) and asked to explain anomalies in his athlete biological passport (ABP).

The investigation forced the 34-year-old to miss the following month's IAAF World Championships in London, where he would have been among the favourites for the gold medal.

Tóth has now been found not guilty by SAZ, who accepted his explanation following a hearing in August as to why there were variations in his ABP.

The ABP provides biological markers of doping and results of doping tests are collated over a period of time.

Doping violations can be detected by noting variances from an athlete’s established levels outside permissible limits, rather than testing for and identifying illegal substances.

"I’m happy that the Disciplinary Committee of SAZ decided in my favour," Tóth told Slovakian newspaper SME following the decision.

He claimed that over the seven years the IAAF have been monitoring his ABP, only one of the 24 samples was outside the legal limit.

This, Tóth claimed, was in 2016 for a low haemoglobin level..

They also revealed he had undergone a lie detector test to answer questions about whether he had doped or not.

"All analyses were in Matej Tóth’s favour," Čillík told SME.

The AIU, who now handle doping cases for the IAAF, have 21 days to study the decision of the SAZ.

"The Athletics Integrity Unit has been informed that Mr. Tóth was cleared by the National Disciplinary panel in Slovakia, however we have not yet received the full reasoned decision for the case," a spokesman for the AIU told insidethegames today.

"Once the decision is received, it will be carefully reviewed by the AIU who will then decide whether or not to lodge an appeal to the Court of Arbitration for Sport.

"In the instance that an appeal is lodged, the IAAF may reinstate a provisional suspension for the athlete."

Tóth has claimed that previous scientific experiments have shown he produces an naturally high-level of red blood cells.

"I am convinced that everyone knows that the results I have achieved have been clean," said Tóth.

"These arguments are so strong that they will have to admit that it is a condition that was caused naturally, not doping."