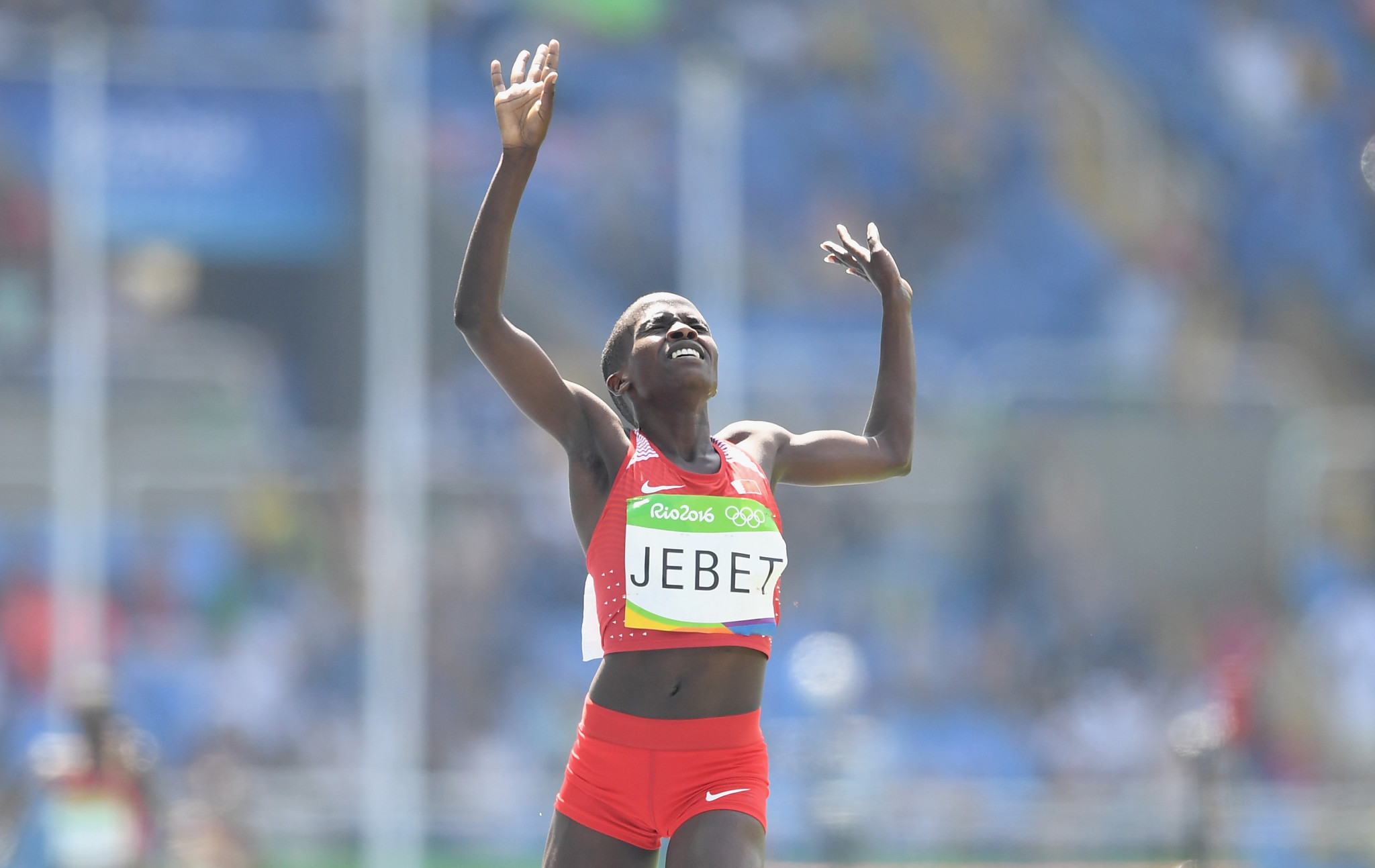 The adverse result, which was reported by The Guardian, who cited a "number of prominent sources", has not yet been officially confirmed.

Jebet, 21, was born in Kenya but has represented Bahrain since the age of 16.

She won the Olympic title at Rio 2016 for her adopted country before taking six seconds off the world record for the steeplechase with a time of 8min 52.78sec in Paris later that season.

She finished a disappointing fifth at last year's World Championships in London.

"Under the WADA (World Anti-Doping Agency) Code we cannot confirm or deny any test results," said the Athletics Integrity Unit, who now process all doping cases in the sport.

Jebet's agent, Marc Corstjens, told The Guardian that he had not been notified of a failed test.

"Honestly I am surprised and shocked, I am absolutely not aware of anything," he said.

"I tried to reach Ruth but her phone is not answering, I have absolutely no official information."

Jebet also won the 2013 Asian Championship title in Pune before triumphing at the 2014 World Junior Championships in Oregon.

Jebet's victory in Rio was heralded as the Gulf Kingdom's first ever Olympic gold medal but was actually the second time they had achieved this feat.

Moroccan-born Rashid Ramzi won the men's 1,500m at Beijing 2008 before being stripped of his title after failing a drug test for CERA, an advanced version of EPO.

There have also been many other doping cases in the women's 3,000m steeplechase in recent years.

Russia's Yuliya Zaripova was stripped of her London 2012 Olympic title in 2016 after retests of frozen samples testing positive for banned anabolic steroid turinabol.

Spain's Marta Dominguez was stripped of the 2009 world title and retrospectively disqualified from London 2012 in 2015 due to irregularities in her biological passport.