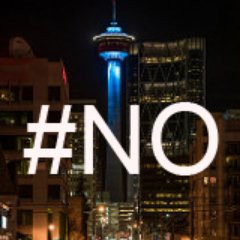 No Calgary Olympics have claimed their campaign against the city’s potential 2026 bid has gained momentum, with the group having received support from a leading member of the campaign group which forced Boston to abandon its effort to host the 2024 Summer Olympic and Paralympic Games.

Graz in Austria withdrew its bid earlier this month due to a lack of support for the bid from the Provincial Government.

The fate of Graz's candidacy was expected to be determined by a state-wide referendum in Styria.

Graz emerged as a challenger after challenger earlier this year after a failed referendum in Innsbruck last year.

A bid from Sion in Switzerland was ended in June after a failed vote.

Calgary could face a referendum at the end of this year.

"What we saw in Boston is that the more our citizens learned about the Olympic bid, the less they liked it," Dempsey said.

"Bostonians weren’t interested in that deal and Calgarian taxpayers should think twice before signing on the dotted line.

"When citizens are given a say, they are choosing to put their own priorities first, and not to sign a lousy deal with the IOC."

No Calgary Olympics also claim their campaign has been boosted by the release of an independent public opinion poll showing reduced support from Calgarians and other Albertans for a Calgary Olympic bid.

The group state they have had responses from Calgarians to their campaign theme #whatelse2026 and claim a common concern is that City Council will lose sight of Calgary’s bigger priorities, like economic diversity, if it continues to pursue hosting the Olympics.

They claim people are interested in a different vision for the city and believe "saying to Calgarians that ‘it’s the Olympics or nothing’ sells the City short".

"But the fact that support is falling shows that Calgarians aren’t going to be so easily sold on this bid.

"We are a city that embraces the world, but the costs and risks of an Olympic bid for a city like Calgary, just beginning an economic recovery, are too much."

No Calgary Olympics claim they are optimistic about Calgary’s prospects, but that the Olympic bid would put the city’s future at risk.

The group assert that the bid places the requirements of the IOC over the needs of Calgary’s residents.

"But spending billions of dollars to host the IOC for three weeks just isn’t a sensible choice.

"There are so many other ways to build and improve our great city."

Calgary in Canada, Sweden's capital Stockholm, Erzurum in Turkey, Sapporo in Japan and a yet-to-be confirmed Italian city are currently vying for the right to stage the 2026 event.

Questions remain over all five, with Calgary facing a plebiscite later this year and Stockholm still lacking total support from the Government.

Sapporo are thought to be more interested in hosting the 2030 edition and Italy are already behind in the process due to a decision to delay the choice of their proposed city until August or September.

The Italian National Olympic Committee is choosing between Milan, Turin and Cortina d'Ampezzo.