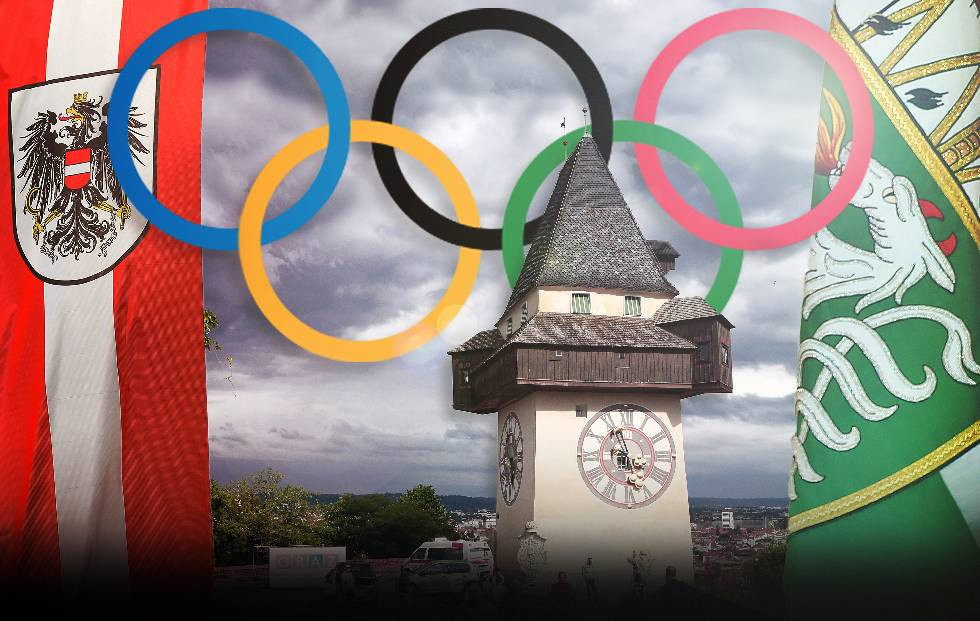 Graz has withdrawn from the race for the 2026 Winter Olympic and Paralympic Games due to a lack of support for the bid from the Provincial Government, the Austrian Olympic Committee (ÖOC) has announced.

In a statement released today, the ÖOC said bidding for the Games was "not feasible" as they had not received a "clear political commitment or support from the Styrian Provincial Government".

The ÖOC added that they had informed the International Olympic Committee (IOC) of its decision to withdraw, which leaves five candidates in the running for the 2026 Winter Olympics and Paralympics.

Doubts remain over all five possible candidatures, however, which is likely to be met with concern at the IOC after they launched their "New Norm" reform process aimed at reducing the costs of bidding and hosting the Games.

"On the basis of the current political discussions, the ÖOC has to note with great regret that a clear political commitment or support from the Styrian provincial government - considered by the ÖOC from the outset as compulsory - has not yet taken place," the statement read.

"Under these circumstances, a project of this dimension is not feasible and internationally hardly acceptable.

"The ÖOC has therefore today informed the IOC that the ongoing application talks will be terminated in order to avoid any further costs."

The fate of Graz's candidacy was expected to be determined by a state-wide referendum in Styria, approved by the State Parliament earlier this week.

A bid from Graz, Austria's second largest city, emerged as surprise challenger earlier this year after a failed referendum in Innsbruck last year.

A feasibility study conducted by the University of Applied Sciences Campus 02, Joanneum Research and Graz University of Technology last week concluded that a Winter Olympics in the region is "possible without great risk".

"We regret that our top athletes and the winter sports fans this unique opportunity, a home games, will not happen in the near future," ÖOC President Karl Stoss and ÖOC secretary general Peter Mennel said in a joint statement.

Calgary in Canada, Sapporo in Japan, Erzurum in Turkey, Stockholm in Sweden and either Milan, Turin or Cortina d'Ampezzo in Italy are other cities still bidding for the 2026 Games.

Talks have also taken place regarding the possibility of a bid from Barcelona, while the United States, which has focused its attention on 2030, could step in if a suitable candidate fails to materialise.

Calgary could face a referendum at the end of this year while a bid from Sion in Switzerland was scuppered last month after a failed vote.

A final decision on who will host the Games is due to be made by the IOC next year.

Earlier this week, the IOC published the Host City Contract technical requirements, which confirmed a financial contribution of $925 million (£704 million/€796 million) to the chosen city.

"The IOC fully understands the decision taken by the Austrian National Olympic Committee and respects their view that they do not wish to become part of a local political dispute since the Olympic Games should always be a unifying force," the IOC told insidethegames.