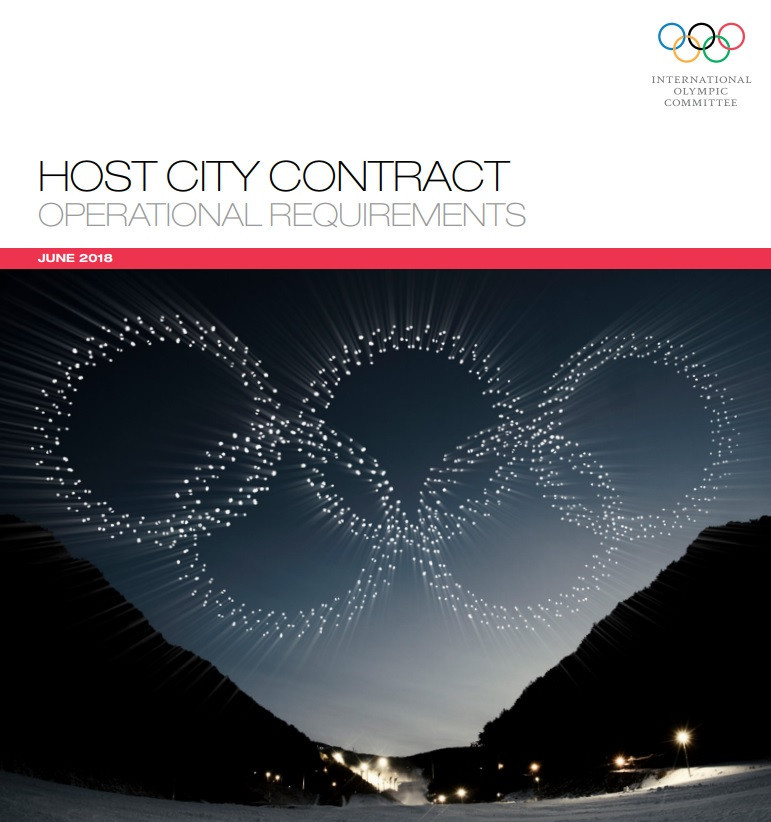 A streamlined Host City Contract operational requirements document for the 2026 Winter Olympic and Paralympic Games was published by the International Olympic Committee (IOC) today as the organisation claimed the move showed their commitment to transparency.

The 292-page document details all the technical demands which cities staging the Games must meet.

The new version of the document will apply to the city which holds the 2026 Games and previously elected Olympic hosts.

It is claimed these new requirements, which includes removing lavish food and luxury receptions for dignitaries, are more cost effective for host cities.

The document is thought to be leaner compared with past versions.

The IOC also confirmed its intention to contribute an estimated $925 million (£704 million/€796 million) to the city which wins the right to host the 2026 Olympics and Paralympics.

The figure, first revealed by the IOC when the organisation published their "New Norms" reform package, is an increase on the $880 million (£670 million/€757 million) given to Beijing 2022.

The document is set to be key in the 2026 race as Calgary prepares for a plebisicite in November, while Austrian city Graz is also likely to face a referendum.

Erzurum in Turkey, Stockholm in Sweden and a joint Italian bid from Milan, Turin and Cortina d'Ampezzo are the other contenders for 2026.

Sion in Switzerland withdrew their bid for 2026 last month following defeat in a Canton-wide referendum.

Organisers of future Olympic and Paralympic Games must also commit to respecting and protecting human rights in all matters related to the organisation of the Games.

A human rights clause was added to the Host City Contract by the IOC in February of last year.

It is claimed the operational requirements, which form the final part of the Host City Contract, "strengthen the IOC’s ongoing effort to support hosts in delivering cost-effective, successful and legacy-enhancing Olympic and Paralympic Games".

"This is another significant step in making the Olympic and Paralympic Games a reality for the communities that have the ambition of hosting the world’s biggest sporting event," Christophe Dubi, IOC executive director for the Olympic Games, said.

"We are enabling the organisation of Games that will be sustainable and create lasting legacies for their citizens, while also reducing complexity and costs."

A promise to maximise the use of existing venues and infrastructure is among the suggestions made by the IOC to help cities cut costs.

Enhanced integration with the Paralympic Games is also cited in the operational requirements, along with a commitment to an enhanced partnership between the IOC, Organising Committees and other stakeholders and "clearer allocation of IOC-paid services".

"The publication of these requirements further underlines the growing cooperation and integration between the IOC and International Paralympic Committee (IPC) in organising a sports event that can change societies forever," IPC chief executive Xavier Gonzalez said.

"By enhancing the integration between the Olympic and Paralympic Games, we can streamline the delivery of the Games for OCOGs (Organising Committee for the Olympic Games) and make a number of efficiencies which ultimately will bring down the cost of staging this wonderful festival of sport.

"We are committed to working with the IOC to maximise savings for host cities and are doubly determined to use the Games as a catalyst to transforming lives, cities and societies."