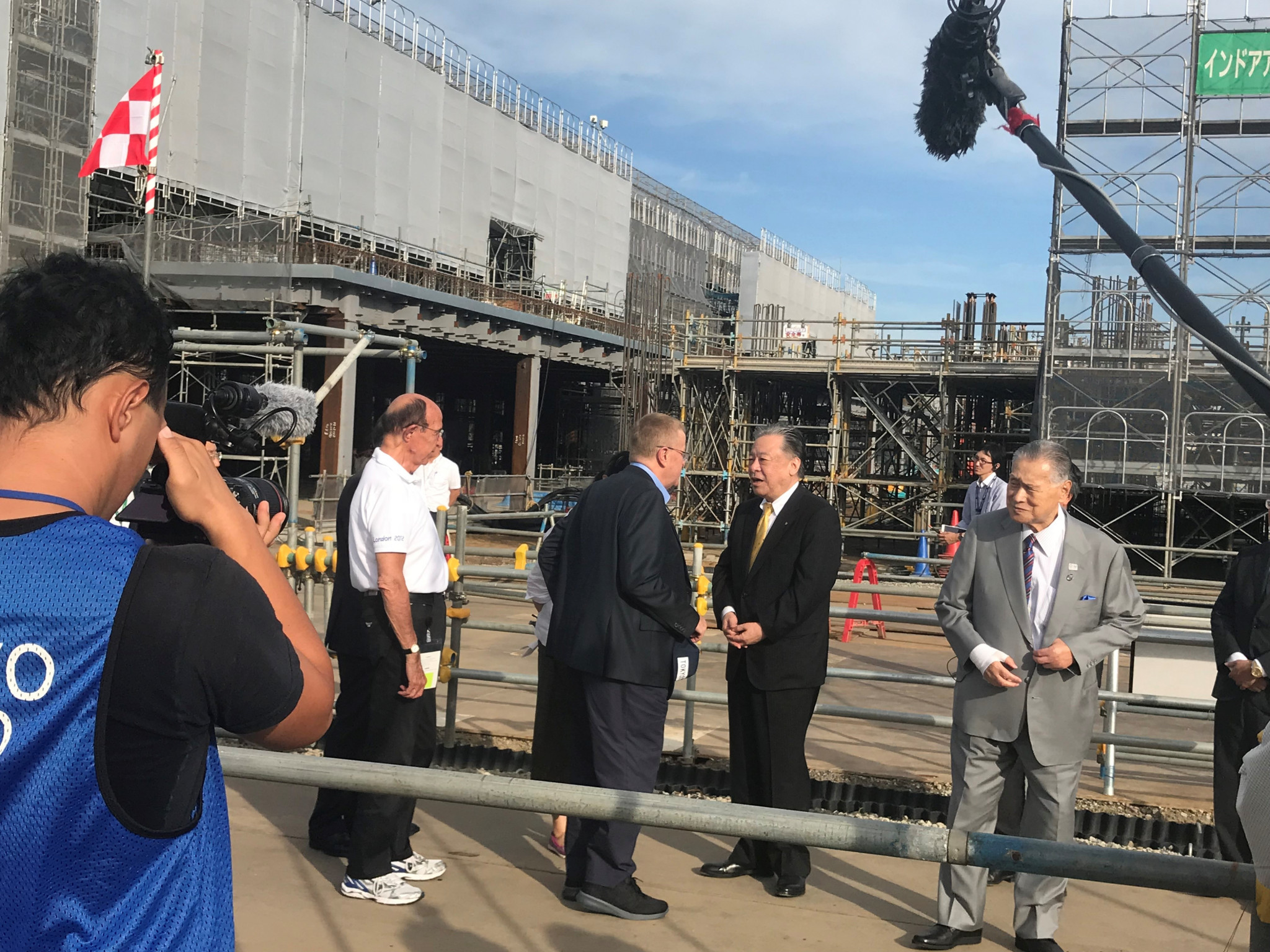 Venues due to be used at Tokyo 2020 have been described as "very impressive" by International Olympic Committee (IOC) Coordination Commission chairman John Coates during a tour of several Olympic and Paralympic facilities here today.

Members of the IOC Coordination Commission inspected the National Stadium, the Musashino Forest Sport Plaza and the Equestrian Park as part of their sixth visit to the Japanese capital.

The National Stadium, the centrepiece of the Tokyo 2020 Olympic and Paralympic Games, will host Opening Ceremonies and athletics, while Musashino - a multi-purpose indoor venue - will stage badminton and the fencing preliminary round of the modern pentathlon competition.

Dressage and show-jumping are housed at the Equestrian Park venue here, with the cross-country section of the event taking place at Sea Forest.

Equestrian competitions were initially going to be held at Dream Island on Tokyo Bay before the IOC approved a request from Tokyo to switch the venue to the Equestrian Park at Baji Koen in March 2015.

Coates also visited the Sea Forest facilities, including the rowing and canoe sprint courses, earlier this week and described the progress there as "very good".

The Australian singled out the cross-country venue at Sea Forest for special praise, claiming the facility is "spectacular" and will form a great legacy for Tokyo as it will be turned into an open park after the conclusion of the Games.

Coates said the Equestrian Park site, which is currently under construction, was a "very, very impressive" venue.

"It is pleasing to us that it is on the site of the 1964 venue for these two disciplines," Coates said here.

"I think you should all be very proud of this venue.

"We went to the Tokyo Stadium and Musashino and it is a wonderful venue.

"I went to Sea Forest and saw the work on the new rowing course and saw what they are doing there.

"The progress there is very good as well but what was spectacular was the work on the cross-country course.

"This is an area which is being remediated and will become a park afterwards.

"It will be outstanding for the horses and the riders and this is a wonderful park for the people of Tokyo and I think it is a great addition."

The National Stadium is scheduled to be completed by November 2019.

The Stadium has been a major embarrassment for Tokyo 2020 organisers, with the saga starting when the initial design by Iraqi-British architect Zaha Hadid was axed due to rising costs.

A cheaper design by Kengo Kuma was then selected as the replacement, but he has was embroiled in a plagiarism row with Hadid claiming that his effort has "significant similarities" with hers - allegations which he denied.

It was originally due to stage matches at next year's Rugby World Cup in Japan but that plan was scrapped as it will not be ready in time.