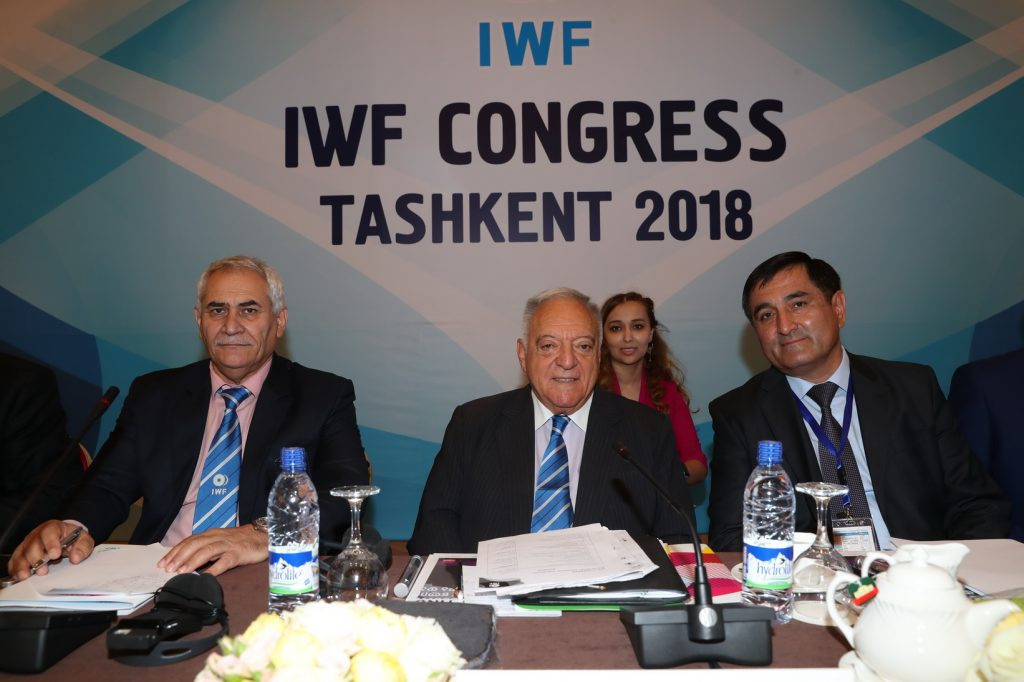 International Weightlifting Federation (IWF) President Tamás Aján has warned countries here at the world governing body’s Congress that the sport will "slowly disappear" if it loses its place on the Olympic Games programme.

Weightlifting's place is guaranteed for Tokyo 2020 but, to retain its place beyond then, it must update the International Olympic Committee (IOC) with reports of progress in its anti-doping efforts, and is effectively "on probation".

The latest report was delivered last month and is expected to be discussed at the IOC’s next Executive Board meeting, scheduled to be held in Lausanne from July 18 to 20.

"The Clean Sport Commission sent the report for the IOC," Aján said in a sternly-worded address.

"If the IOC accepts how we can make it a cleaner sport, weightlifting will be on the programme in 2024.

"If the IOC does not accept this, it means that in 2024 we are not on the Olympic programme.

"I have a question - what will happen with weightlifting if it is not on the programme?

"I don’t give the answer because you know it - weightlifting will slowly disappear.

"Therefore, I use this opportunity to ask you all to stick together with the competitors.

"Please cut out everything that leads them to bringing their anabolic steroids, their growth hormones or any other things.

A report was delivered to the IWF Executive Board here earlier this week outlining the complete implementation of the independent Clean Sport Commission’s recommendations that were approved last year.

The Commission held a number of meetings in 2017 and, following an extensive analysis of the anti-doping efforts in weightlifting over the last 10 years, presented what the IWF described as its "innovative and pioneering" recommendations to the Executive Board in November.

It was determined that, while significant improvements have been made in the IWF weightlifting programme since London 2012, there is scope to do a lot more work to combat doping.

A group of nine nations - Armenia, Azerbaijan, Belarus, China, Kazakhstan, Moldova, Russia, Turkey and Ukraine - are currently banned for having three or more positives in the re-testing of samples from Beijing 2008 and London 2012.

Their suspensions are due to end in October.

Aján also spoke of how he had been informed by INTERPOL’s President Meng Hongwei that they had discovered 382 cases last year of when officials cooperated in bringing and trafficking forbidden substances to countries.

He revealed that two "very important" countries were on an Interpol list provided to him at a World Anti-Doping Agency (WADA) Board meeting and that if they cannot be stopped, they will be suspended.

"We are not head hunters," Aján added.

"We don’t want to suspend any country.

"Therefore, don’t think it is very unpleasant from me to give this kind of information."

An anti-doping report was also provided during the Congress.

The presentation of the report was led by Patrick Schamasch, chairman of the IWF’s Anti-Doping Commission.

"The fight against doping is something which is very important," he said.

One particular focus of the presentation was drug-testing whereabouts failures.

Weightlifting Fiji and New Zealand Weightlifting each admitted to clerical errors after their Anti-Doping Administration and Management System (ADAMS) reports for their athletes were not sent in time.

Under the IWF updated rules, the forms had to be submitted by April 1.

Fiji top a list for whereabouts failures in 2017 and 2018, shown during the presentation, with 27 at three events.

Iran are second with 23 and South Korea third with 22.

Complaints were made by Member Federations during the Congress about the difficulties they had encountered when using ADAMS.