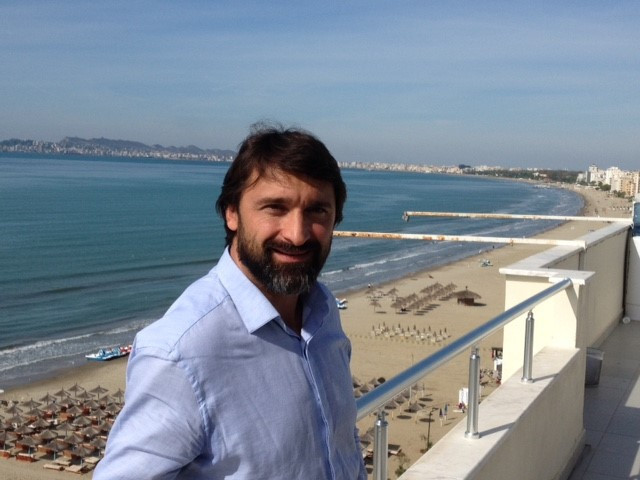 Agapitov has distributed a series of proposed changes to the International Weightlifting Federation's (IWF) Anti-Doping rules to the world governing body's longstanding President Tamás Aján and Executive Board members this week.

He plans to also distribute them to all member federations in a bid to gather wider support.

It comes as weightlifting battles to improve its anti-doping procedures to a degree deemed sufficient by the International Olympic Committee (IOC) in a bid to stay on the Olympic programme at Paris 2024.

"The main concerns are with Articles 12 and 16 of the IWF Anti-Doping Policy," Agapitov, himself a world champion in the sport in 1997, wrote in an accompanying letter, seen by insidethegames.

"It is clear that those Articles in their current version do not motivate the member federations to fight against doping, to find and pursue dopers and cheaters and to nail them according to the anti-doping rules.

"On the contrary, any member federation is seduced to hide the ADRVs (Anti-Doping Rule Violations) - still less to pursue them and/or to report them to IWF - making the level of latent doping increasing rapidly, and to develop corruption practices.

"Just [as] an example: if an athlete under a Member Federation is sanctioned for any ADRV - even a non-intentional one, and this athlete gets a light sanction like, say, three months of ineligibility - this Member Federation will be automatically - or almost automatically, i.e. without a hearing, based on documents only - sanctioned with a suspension and a huge fine, what would mean that dozens or hundreds of other innocent athletes will not be allowed to compete for a significant period of time.

"However, if this member federation would discover this ADRV by itself, sanction the athlete, and report to the IWF thereof, it will be sanctioned in a same way.

"What would a reasonable person do?

"Sure, this person will do everything possible to hide an ADRV, and never report it to anyone in order to avoid any sanctions against innocent people and to avoid unfair fines."

Under IWF rules, any nation with three or more positives in a calendar year is liable to a suspension and a fine to supposedly fund extra anti-doping activities.

"The way of imposing more and more huge fines for no bad behaviour on the side of a member federation was followed by the IWF long ago," Agapitov, who is also a member of the IWF Executive Board, added.

"We all know now that it was a way to nowhere: the doping and corruption practices were flourishing without any limits.

"All this led to the current situation where the sport of weightlifting is widely known as the most doped one."

The IWF said that they would not comment in response to the opinion of an individual, but argued that they introduced rules sanctioning member federations for doping cases because the previous system of individual sanctions did not work.

Russia is among nine countries to have served doping suspensions since October due to the number of failures incurred.

It was announced earlier this month that suspensions against Turkey, Armenia and Azerbaijan were all being lifted early after they met criteria including the paying of $50,000 (£38,000/€43,000) - but those against all others were remaining in place.

Serial doping offenders, including Russia, have also had their quota places for the Olympic Games reduced in a move which has been praised by IOC President Thomas Bach but is already being challenged at the Court of Arbitration for Sport (CAS) by Kazakhstan.

Agapitov and others claim that these moves are leading to funding cuts and are consequently reducing opportunities for clean athletes.

He is proposing a change to IWF Anti-Doping Article 12 to stipulate that member federations are only liable for the conduct of their affiliated athletes if their direct "fault, negligence or other culpable oversight is confirmed by either a competent court or arbitration institution decision or by a law enforcement agency".

Agapitov has also questioned the make-up of an "Independent Panel" appointed by the IWF to administer anti-doping rules.

This panel is supposedly made up of of at least five members from "outside the organisation of the IWF", but their identities do not appear to have been made public.

The IWF has not yet revealed their names following a request by insidethegames but claims that all Executive Board members - presumably including Agapitov - approved their composition.

"Following our discussion and coordinated with my colleagues, let me tell you that the members of the Independent Panel are not "unknown", they were proposed by the Independent Clean Sport Commission, discussed and approved by the IWF Executive Board - the body that has the authority on Anti-Doping Policy according to the Constitution," they said.

Agapitov proposes that the make-up of this panel should be determined by a vote by all members at the IWF Congress.

He also suggested smaller fines and proposed granting the Independent Panel more flexibility to assess the culpability of member federations.

Agapitov also proposed more stringent steps to ensure the fines are actually spent, as promised, only on anti-doping activities.

insidethegames has contacted IWF representatives for a full response to the proposals.