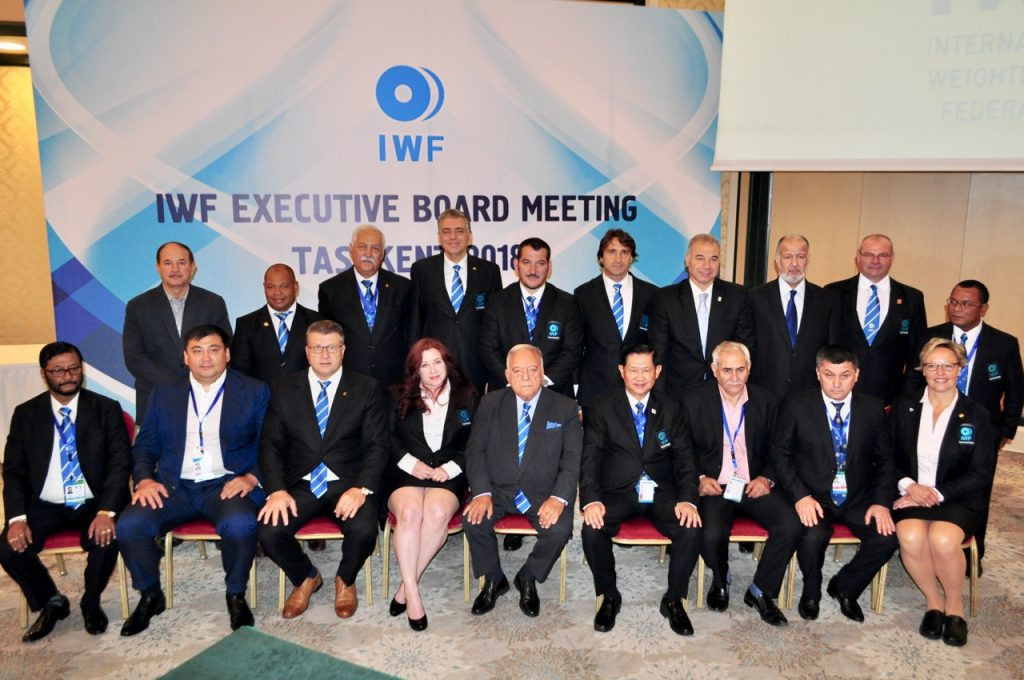 A report delivered by the International Weightlifting Federation's (IWF) independent monitoring group here has confirmed the "progress" made by suspended member federations.

The update came as part of the IWF Executive Board meeting, which concluded today.

Nine nations - Armenia, Azerbaijan, Belarus, China, Kazakhstan, Moldova, Russia, Turkey and Ukraine - were banned for 12 months by the IWF from October for incurring at least three positive results from the re-testing of frozen samples from the Beijing 2008 and London 2012 Olympic Games.

But it was announced last month that Armenia, Azerbaijan and Turkey will have their doping-related suspensions from international weightlifting competitions lifted early.

The IWF said that Turkey would be free to participate at youth events from June 11 and at junior and senior ones from June 19.

Armenia and Azerbaijan were allowed to feature at youth events from June 19 and will be at junior and senior ones from August 19.

It followed a recommendation from the independent monitoring group.

Weightlifting's place on the Olympic Games programme is guaranteed for Tokyo 2020 but, to retain its place beyond then, it must update the International Olympic Committee (IOC) with reports of progress in its anti-doping efforts, and is effectively "on probation".

The latest report was delivered last month and is expected to be discussed at the IOC’s next Executive Board meeting, scheduled to be held in Lausanne from July 18 to 20.

A report was also delivered to the IWF Executive Board here outlining the complete implementation of the independent Clean Sport Commission’s recommendations that were approved last year.

The Commission held a number of meetings in 2017 and, following an extensive analysis of the anti-doping efforts in weightlifting over the last 10 years, presented what the IWF described as its "innovative and pioneering" recommendations to the Executive Board in November.

It was determined that while significant improvements have been made in the IWF weightlifting programme since London 2012, there is scope to do a lot more work to combat doping.

Key recommendations of the Commission included contracting with the Canadian Centre for Ethics in Sport and collaborating with the Institute of National Anti-Doping Organisations and World Anti-Doping Agency to develop increased and more effective no notice out-of-competition testing in high-risk countries.

Among the others was the implementation of new rules in the IWF Anti-Doping Policy to send a clear deterrent message to countries that if they do not fulfil their anti-doping responsibilities to ensure that their athletes are clean, they will lose their right to participate in international competition for a period up to four years.

A further report today described the ongoing work of the IWF Anti-Doping Commission.

Furthermore, on the recommendation of the Sport Programme Commission, the Executive Board agreed to the development of an athlete-centred, sport-focused IWF strategic plan and on the applied methodology to establish the world and Olympic standards according to the new bodyweight categories approved here.

In other matters, the Executive Board expressed its satisfaction regarding preparations for the forthcoming Buenos Aires 2018 Youth Olympic Games.

It also approved the 2017 financial report and received information on the "solid financial background" of the IWF with secured reserves.

Additionally, the Executive Board considered reports on development and education, communications and marketing, and women’s weightlifting.

An official announcement was also made regarding ZKC being the official sport equipment supplier for Tokyo 2020.

The IWF Congress is due to be held here tomorrow.