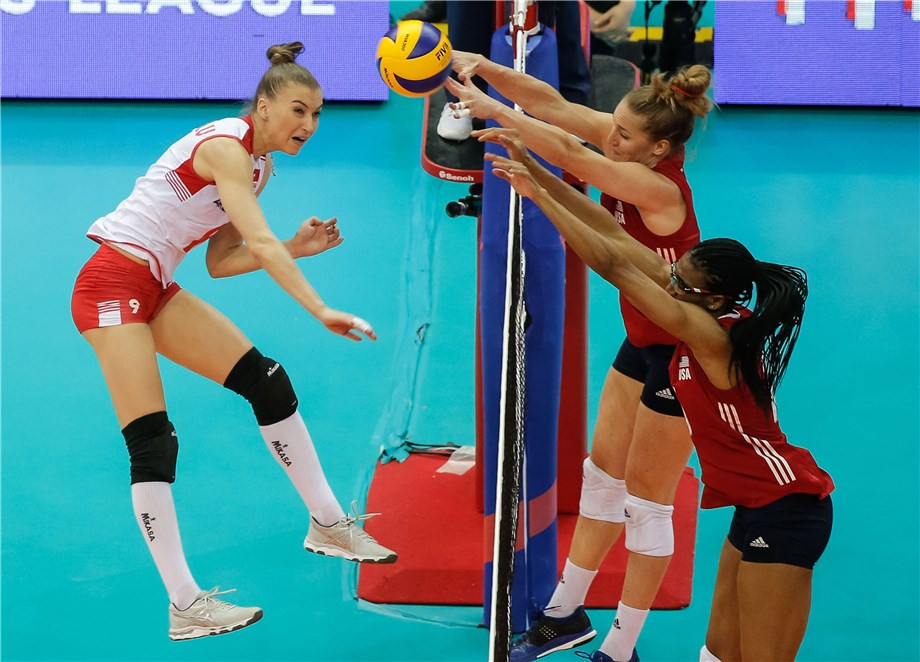 United States were crowned as the inaugural winners of the International Volleyball Federation Women's Nations League after winning a thrilling final against Turkey in Nanjing.

The Americans won a superb five-setter at the Chinese city's Olympic Sports Center Gymnasium to bring the first-ever Nations League Finals tournament to an exciting conclusion.

Momentum constantly swung back and forth with the match clock creeping over the two hour mark.

Kimberly Hill was in superb form for the US, ending with 20 points.

She only joined the game from the bench in the first set when Turkey had the early ascendancy.

Wing spiker Michelle Bartsch-Hackley also had a fine game as she ended with 18 points to cap a fruitful tournament.

It was more five-set heartbreak for Turkey who also lost to the US in the group stages having been 2-0 up.

Meryem Boz top-scored for Turkey with 20 in their losing effort.

In the third-place match, hosts China won the bronze medal.