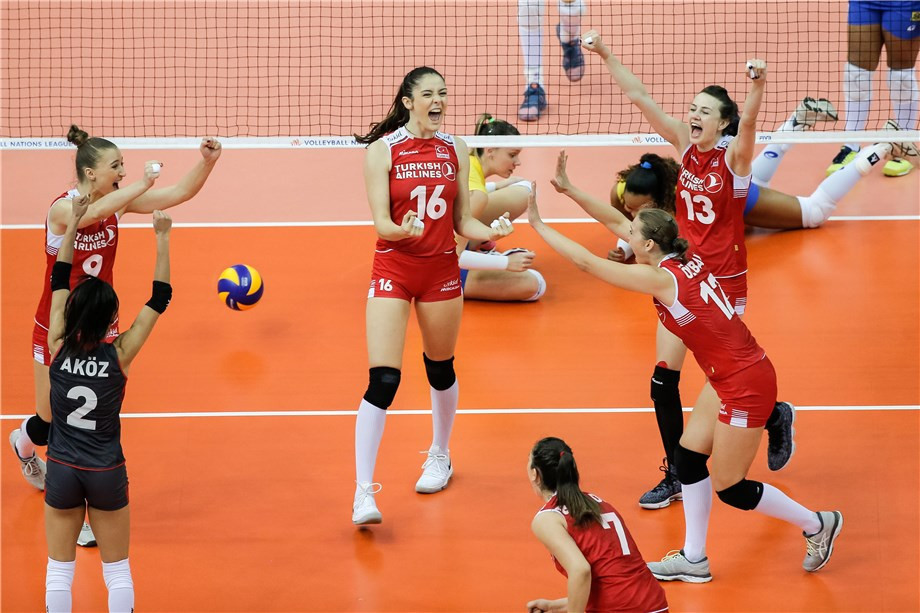 The European outift had endured two five-set contests in their group stage matches at the Nanjing Olympic Sports Center Gymnasium in China.

They showed little sign of fatigue today, defeating their more fancied opponents 25-23, 25-23, 25-22 in the last four to book a final with the United States.

Meryem Boz's 14 points led the way for Turkey but it has been their fine teamwork which has laid the foundations for their superb run in the tournament.

Brazil had won both of their group games in straight sets but came unstuck as Turkey edged all three played today.

The US won their semi-final in four sets against hosts China to book their place in the final of the inaugural tournament.

Both the final and third place play-off game will be held tomorrow.

The US came from two sets down to beat Turkey in five in the group phase.