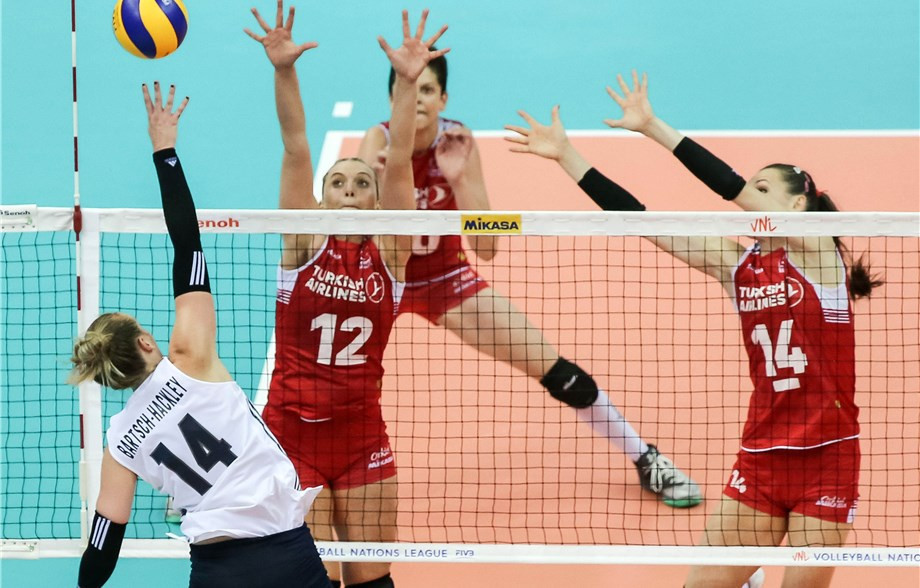 World champions the United States got their International Volleyball Federation Women's Nations League Finals campaign off to a winning start as they edged Turkey with a five-set victory in Nanjing.

Michelle Bartsch-Hackley led the American charge, particularly in the latter stages of the contest, with 21 points as the US avenged their defeat to Turkey during the earlier qualifying stages of the competition.

Wing spiker Meliha Ismailoglu was the leading scorer for Turkey with 18.

"We gave them time to come back into the match," Turkey's head coach Giovanni Guidetti said.

"We didn't take the advantage.

"But this match proved that we can play."

Hosts China also claimed victory on the opening day of the tournament as Zhu Ting put in an inspired display in a 3-1 win over The Netherlands.

The competition is due to resume tomorrow as Turkey play Serbia and The Netherlands will have the chance to bounce back when they take on Brazil.