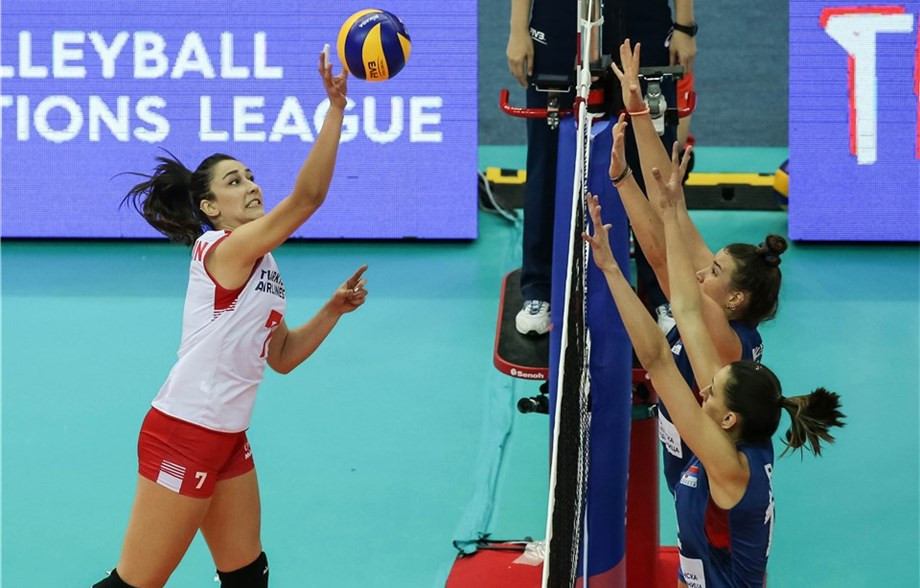 Turkey bounced back from their opening day defeat to the United States as they edged Olympic silver medallists Serbia at the International Volleyball Federation Women's Nations League Finals in Nanjing.

The result threw the group wide open and ensured Serbia's first appearance at the tournament ended in defeat.

Tijana Bošković took the top-scoring honours as she registered 29 but her efforts proved to be in vain as Serbia succumbed to a surprise loss.

The Serbian team will have the opportunity to recover when they are due to face the US, the current world champions, in the concluding Group B encounter tomorrow.

All three sides can still qualify for the semi-finals.

In Group A, Brazil made a winning entrance to the Women's Nations League Finals as they earned a comfortable 3-0 win over The Netherlands.

Tandara Caixeta led the Brazilian charge with 17 points in a dominant performance from the South American nation.