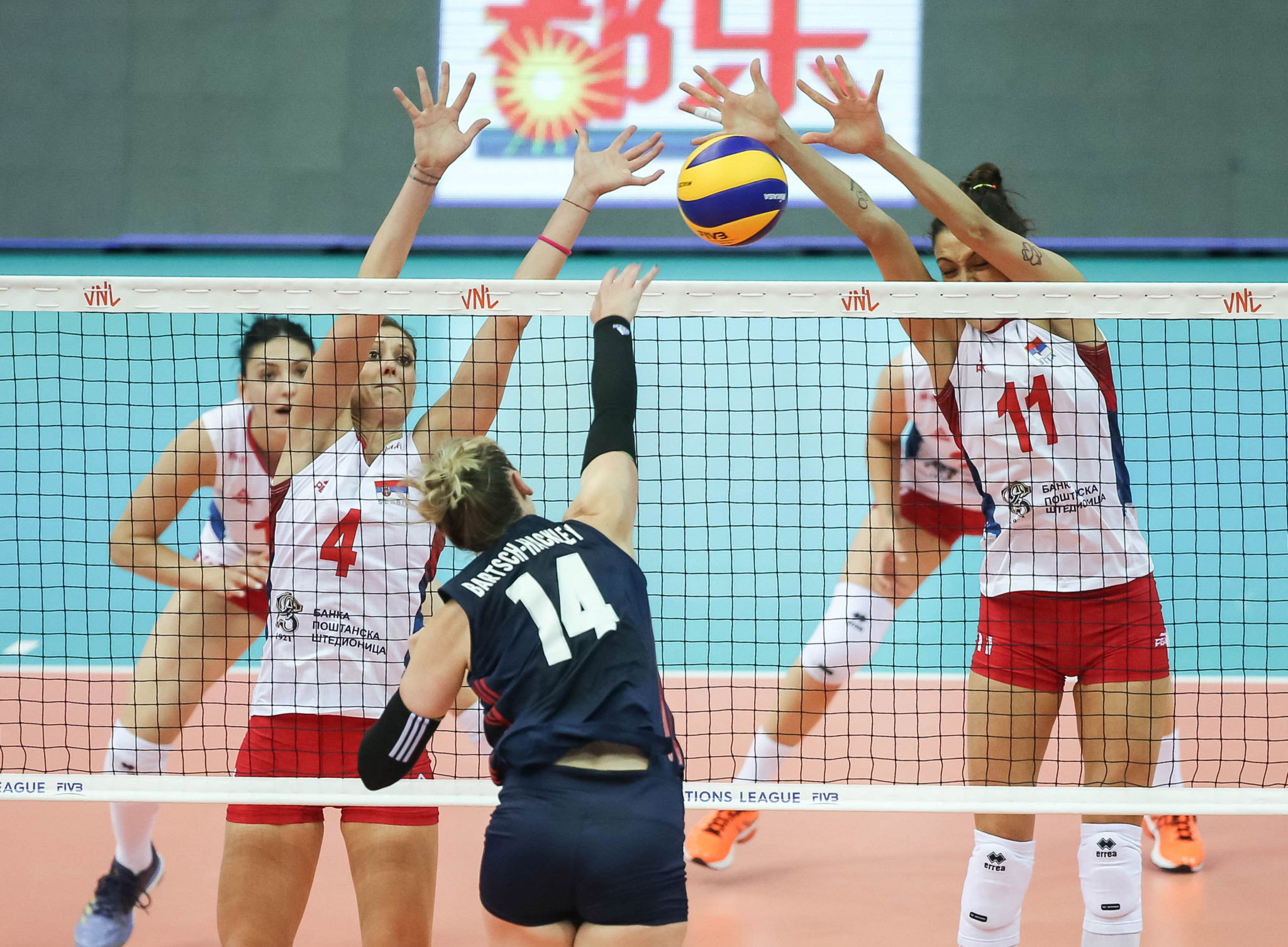 All three countries in Group B had a chance of making the semi-finals before the start of play at the Nanjing Olympic Sports Center Gymnasium in China.

A victory for the Europeans would have meant all three teams had beaten each other after Turkey lost to the US but beat the Serbians.

Any complicated permutations were rendered moot, however, as the US wrapped up a 29-27, 25-22, 25-19 win to ensure it is them and Turkey who have gone through.

Michelle Bartsch-Hackley was once again the star player for the US with 16 points.

Kelly Murphy and middle blocker Foluke Akinradewo also contributed with nine points each, including four blocks from the latter.

In Pool A, Brazil beat hosts and Olympic champions China in straight sets to top the standings.

Both countries were already through after respective victories over The Netherlands in their opening games.

The semi-finals will now be played tomorrow with Brazil meeting Turkey and China facing the US.

The final will be held the following day.