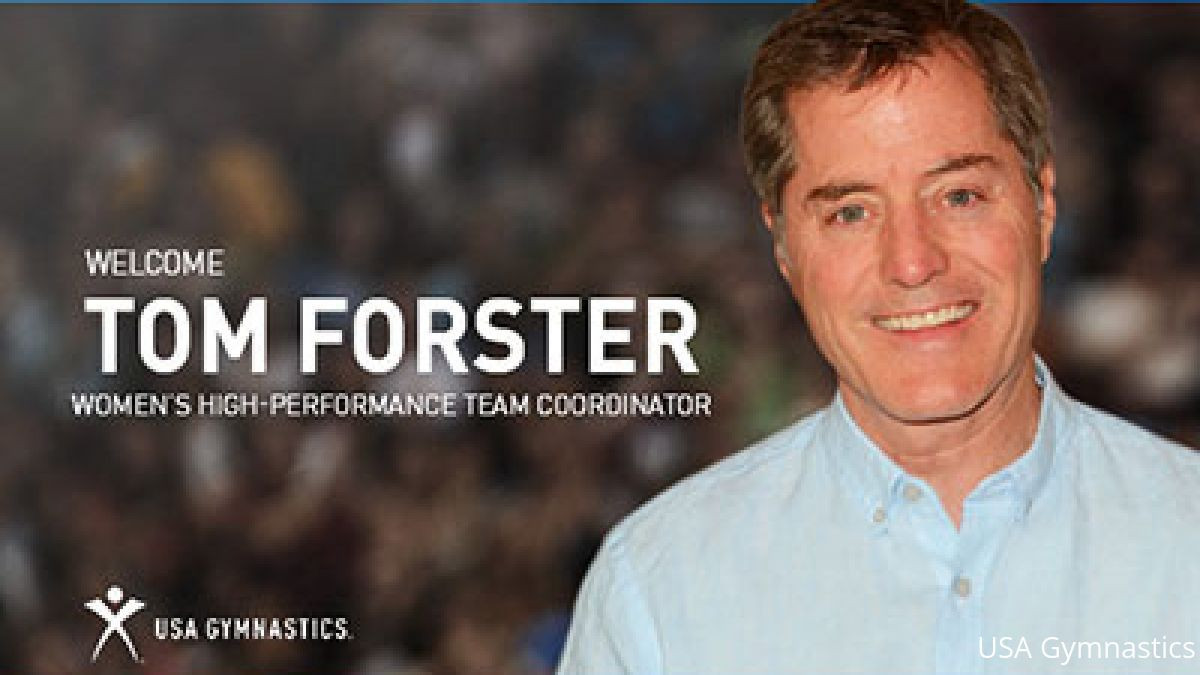 Tom Forster has been named high-performance director for the women's national team by USA Gymnastics following consultation with coaches and athletes.

Nassar has been jailed for up to 175 years after more than 300 people - including members of the women's national team - accused him of abuse.

"When considering this very visible and important leadership role in the women’s programme, I believe that whoever filled this role had to have a training philosophy that is aligned with transforming to a culture of empowerment that encourages, supports and hears our athletes," said Perry.

"Because this is such an important role for our national teams, we spoke with one former and two current national team members and three current elite coaches, who collected interview questions from national team athletes and coaches.

"Based on the feedback from the coaches, athletes and interviewing panel, Tom was the obvious choice.

"Tom is well-respected and recognised throughout the community as a leader, both technically and as an incredible motivator, with a positive coaching philosophy.

"He has demonstrated his commitment to a positive environment during his years as a coach and club owner and most recently as the elite development coordinator for women's gymnastics.

"Tom's coaching philosophy mirrors our priorities of athlete safety and well-being and promoting a positive, safe and empowering environment for our athletes to train and thrive in pursuit of their gymnastics dreams."

Forster will be tasked with developing the strategic plan and training programme for all women's national team members.

He will report to Annie Heffernon, the interim vice president of women's programme for USA Gymnastics, in a role that replaces the previous position of US women's national team coordinator.

"I am humbled and excited to accept the position of the high-performance team coordinator for women's gymnastics," said Forster.

"The responsibility of motivating and guiding our current and future elite athletes, and their coaches, is not one I take lightly.

"Team USA's continued success in international competition is amazing, but I think the heart and dedication shown by every athlete and coach is more impressive than the medal count.

"I believe in coaching through inspiration not intimidation.

"As the coordinator, my vision is to create an inclusive and collaborative environment for the athletes, coaches, judges and administration to grow, succeed and move forward in a positive direction.

"I am committed to making every athlete and coach feel valued, heard, and supported."

The US won four gold medals in women's artistic gymnastics at the Rio 2016 Olympic Games.