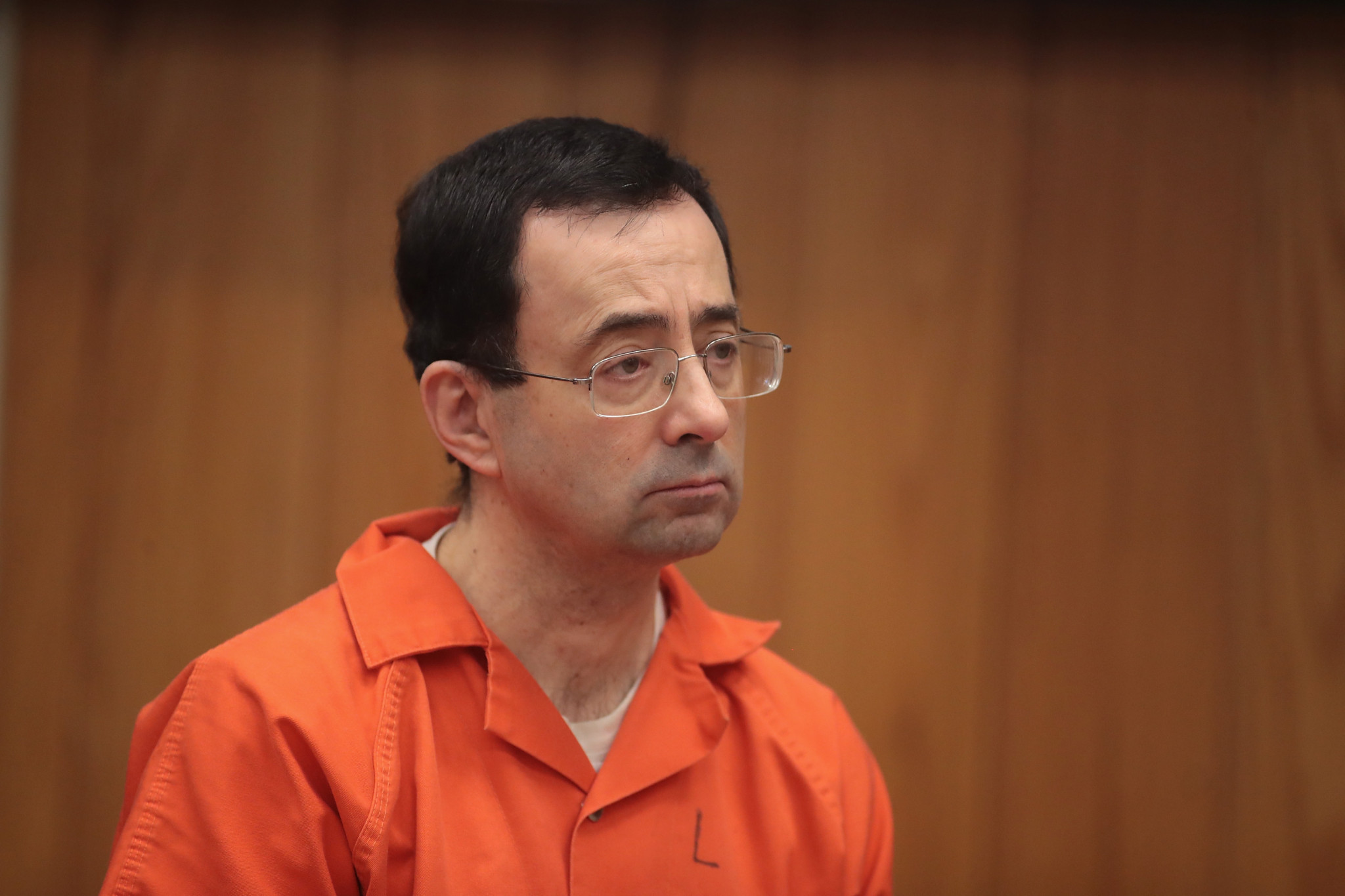 Emails obtained by the IndyStar newspaper allegedly show how Nassar and USA Gymnastics attorney Scott D. Himsel came up with reasons to explain Nassar's absence from events, rather than reveal that he was suspended pending the outcome of an investigation in the build-up to the 2016 Olympic Games in Rio de Janeiro.

In the first case, they reportedly agreed to say that Nassar was "sick" before later claiming that he was focusing on his private practice.

Nassar has since been jailed for up to 175 years after more than 300 people, including members of the US Olympic team, accused him of abuse.

USA Gymnastics were heavily criticised for their handling of the crisis and the organisation's former President Steve Penny lost his position in connection to it.

His replacement Kerry Perry was lambasted by lawmakers in the House of Representatives yesterday as part of an enquiry into sporting sexual abuse.

The IndyStar reported that Himsel emailed Nassar on July 22 - over a month after USA Gymnastics claim to have first heard about "athlete concerns" regarding Nassar - to say they were reviewing concerns about "therapy techniques".

"I am sure you can appreciate as a medical professional that in today's atmosphere, we need to address these concerns thoroughly and discreetly," Himsel reportedly told Nassar.

He reportedly said in one of several emails that "it is in everyone's best interest" that Nassar not attend the Secret US Classic in Illinois on July 25, but added that USA Gymnastics would tell people Nassar was not attending for "personal reasons".

"We suggested during the call that Ron Galimore [who remains the USA Gymnastics chief operating officer] advise the medical team that you are not attending the Classic for personal reasons," Himsel wrote.

"Ron will now proceed to do so."

Nassar reportedly replied: "Can we just say that I am sick?

"That would make more sense to everyone.

"Would that be okay?" Nassar replied.

Himsel agreed to have USA Gymnastics use that story, the IndyStar report.

"We'll let Ron know to advise people that you weren't feeling well and decided to stay home," he reportedly wrote.

On July 28, the same day on which USA Gymnastics met with the FBI to discuss the allegations, Nassar emailed Himsel to request to resolve the issue "as quickly as possible".

"I would like to move forward with this since I will need to be at the USA P&G Championships in Indianapolis," he wrote on July 29.

"Because the review is on-going, USA Gymnastics has determined it is in everyone's best interest that you not attend USA Gymnastics events or communicate with USA Gymnastics athletes and personnel until further notice," Himsel reportedly responded on the same day.

"In addition, we suggest that prior to Championships that Ron Galimore will once again advise the medical staff [the Athlete Care Coordinator] that you cannot attend for personal reasons, unless you prefer a different approach that we are prepared to discuss.

"Please advise whether Ron may do so."

Nassar reportedly replied: "If I am not going to be at Championships, then it is due to financial reasons with my clinical practice, which is an accurate statement."

"USA Gymnastics will be back in touch when it reaches the appropriate point in its review."

Galimore, a former member of the US national team, was elected to the FIG position in 2016, so after the alleged involvement in the emails.

USA Gymnastics declined to comment due to pending litigation.

FIG ignored a request from insidethegames for a comment.

USA Gymnastics have previously said that they were asked to stay silent by the FBI, who have not commented whether this is true, but this does not explain why the whole incident was kept confidential before they met.

Three-time Olympic champion Aly Raisman, one of those abused by Nassar while on the national team, is among those to insist USA Gymnastics prioritised protecting itself from negative publicity over protecting children.

"I don't think that they cared at all," she told the IndyStar.

"I think at first it was to get him away, Nassar away from the Olympians, but when it was about a 10-year-old, or a 15-year-old, or 20-year-old in Michigan they didn't care."