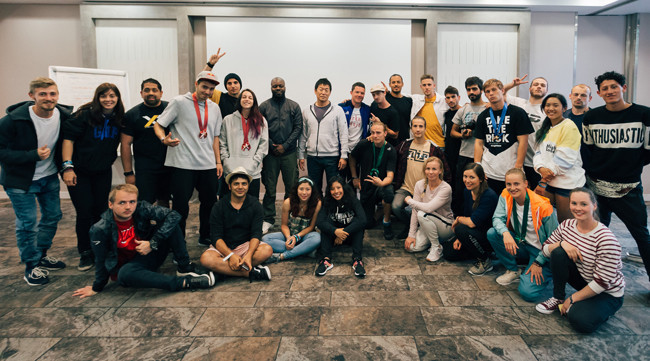 International Gymnastics Federation (FIG) President Morinari Watanabe has claimed the organisation's Parkour Commission has benefited from "great autonomy" within the governing body as the group met in Lausanne.

The Parkour Commission gathered to discuss the first Parkour World Cups staged since the FIG made the controversial venture into the discipline.

They claimed the two events in Hiroshima and Montpellier, held as part of the FISE World Series, were a "big hit".

The Parkour Commission also confirmed plans to launch an education programme, initially due to be unveiled this year, had been postponed until early 2019 owing to "busy schedules".

The group are now set to meet each month to continue discussions on parkour courses and academies, according to the FIG.

Talks also focused on the need to "better prepare" for the second half of the year.

"The Parkour Commission has been benefiting from great autonomy within the FIG since the beginning and it was important to be sure that everybody is on the same page for the next steps on the agenda," Watanabe said following the meeting.

In January, the FIG said 2018 would be a "year of achievements" for parkour in comments which angered opponents of the organisation's move into the discipline.

The same month, the FIG signed a Memorandum of Understanding with the International Parkour Federation (IPF), supposedly to protect the "autonomy" of the sport.

The organisation also claims to be the governing body for the sport and said the MoU lacked legitimacy.