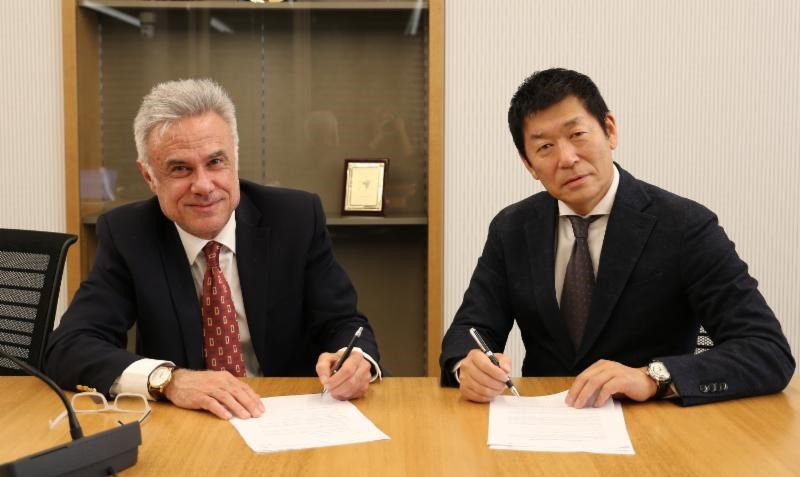 The agreement, signed by FIG President Morinari Watanabe and IPF counterpart Victor Bevine, has already been criticised by Parkour Earth.

Eugene Minogue, chief executive of Parkour Earth, who claim to be the governing body for the sport, said the MoU is "not legitimate or representative of our community or National Federations".

The deal, which says the two organisations will "work together in mutual cooperation towards the possible successful inclusion of parkour into the Olympic programme under the aegis of the FIG", is likely to spark further friction between Parkour Earth and the IPF.

The New Jersey-based IPF was itself launched in 2014 to deal in response to the looming threat of the FIG "making a play to appropriate parkour".

The signing of the MoU represents a shift in position from the IPF, who now appear to be backing the FIG's attempt at incorporating parkour as a gymnastics discipline.

"The FIG and IPF acknowledge that parkour is a unique culture and commit to do their utmost to protect the culture, integrity and autonomy of the sport," the MoU states.

This?? is not autonomy, nor is it legitimate or representative of our community or National Federations. pic.twitter.com/iECOyq3kq8

FIG President Morinari Watanabe reaffirmed that the global governing body would respect the autonomy of parkour while supporting its development under the FIG umbrella following a meeting with the IPF in Lausanne.

"As long as we can be certain that parkour will remain autonomous then it is obvious that the resources of the FIG offer tremendous benefits to parkour athletes and communities around the world," IPF President Victor Bevine said.

"After this meeting, we are confident that the working group understands and will support the unique culture of parkour."

Parkour Earth held a meeting with the FIG in November in an effort to bring their ongoing row to an end.

Minogue claimed, however, that their position had not changed after the meeting.

Parkour Earth subsequently released an open letter, in which they said they were taking their dispute with the FIG to the Court of Arbitration for Sport.

It came as the FIG unveiled a grand strategy in an attempt to ensure parkour has a place on the Olympic programme at Paris 2024.

FIG had already taken steps towards parkour becoming one of their disciplines as they set up a Parkour Commission and held their first World Cup in the sport last year.

At present, the scope of Parkour Earth is limited by the fact that it only has seven members.