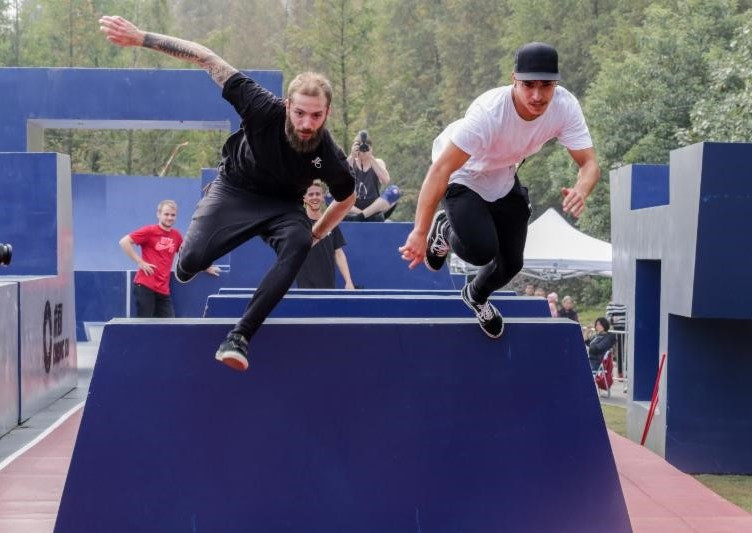 The International Gymnastics Federation (FIG) has said that 2018 will be "a year of achievements for parkour" - a statement which is bound to anger opponents of the governing body's move into the discipline.

It comes after FIG signed a Memorandum of Understanding (MoU) with the International Parkour Federation (IPF) last week, supposedly to protect the "autonomy" of the sport.

The organisation also claims to be the governing body for the sport and said the MoU lacked legitimacy.

FIG said today that launching competitions, an educational component and field work on a worldwide scale would be among parkour's 2018 "achievements".

They have already created a legal framework for parkour and will hold World Cups in Hiroshima, Montpellier and Chengdu this year.

A target of including the sport at the Paris 2024 Olympics has been set while FIG are also encouraging national gymnastics and parkour bodies to work together.

"Twenty-eighteen is the year in which we must cement the work that has been done since our rapprochement with the FIG," said Charles Perrière, vice president of the FIG Parkour Commission.

"Milestones will be set through the implementation of educational programmes, links between the world of parkour and the gymnastics family will be strengthened and the World Cups will be officially launched.

"For us, competition is not a goal in its own right but a multi-faceted showcase that helps raise parkour's profile and allows us to reach new audiences through the introductory initiatives and workshops, which take place on the fringes of all our events.

"In recent years a number of different parkour-inspired competitions have flourished and therefore, we prefer to satisfy the needs of those who love competitive parkour by offering them a format which respects the fundamentals of our sport."

Parkour Earth held a meeting with the FIG in November in an effort to bring their ongoing row to an end.

It was claimed, however, that their position had not changed after the meeting.

Parkour Earth subsequently released an open letter, in which they said they were taking their dispute with the FIG to the Court of Arbitration for Sport.