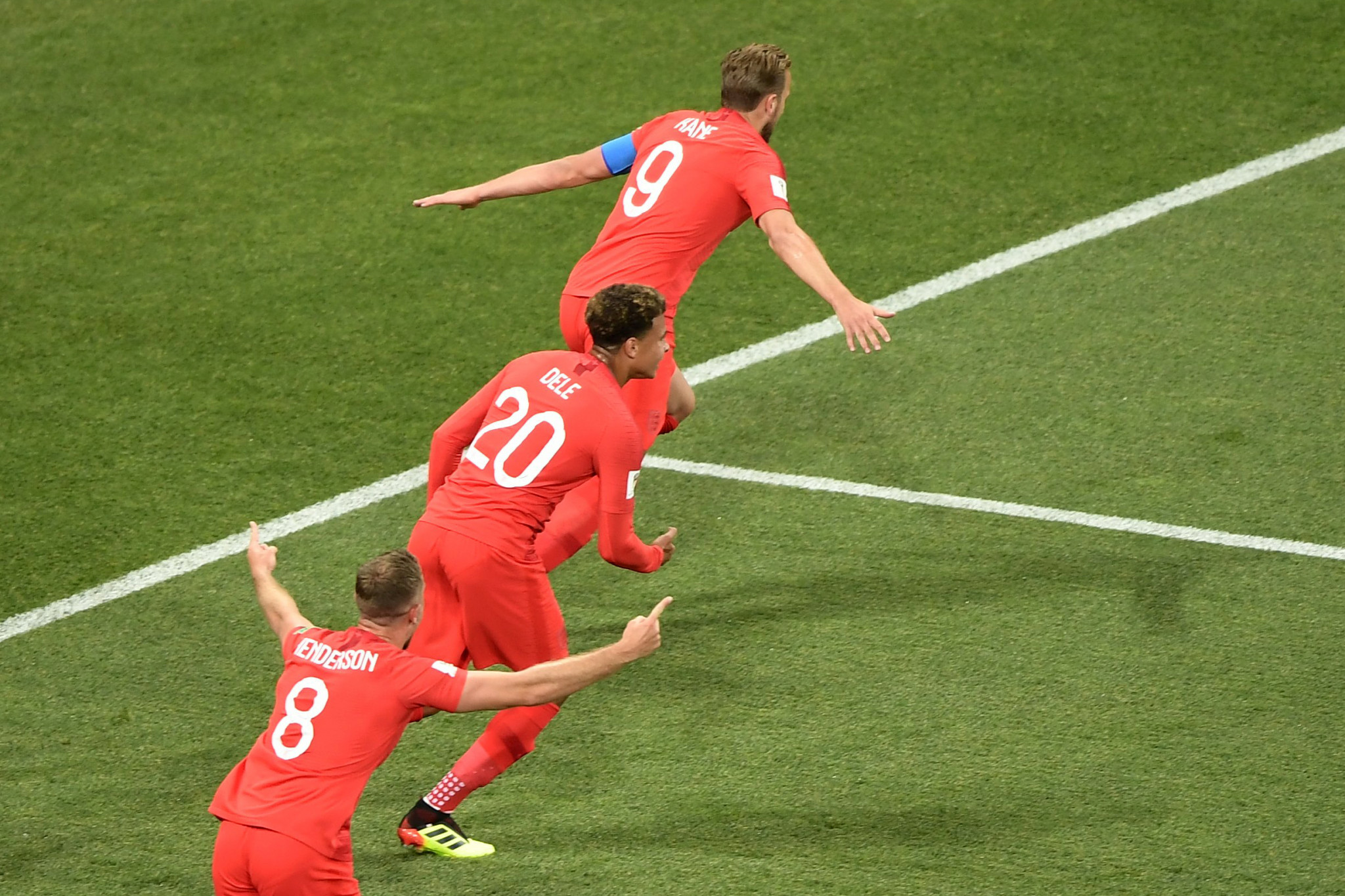 Romelu Lukaku and Harry Kane each scored twice as Belgium and England each enjoyed a winning start to their respective World Cup campaigns in Group G today.

Belgium were never really challenged in a 3-0 victory over Panama but England were forced to dig really deep before beating Tunisia 2-1.

Belgium started well and had their opponents on the ropes in the first five minutes at Sochi's Fisht Olympic Stadium.

It was only after half-time, though, when they got their breakthrough.

The ball was cleared out of the Panama penalty area, but only as the far as the lurking Dries Mertens who hit a magnificent dipping volley that left goalkeeper Jaime Penedo with no chance.

Panama missed a chance to respond after some alert goalkeeping from Thibaut Courtois to deny Michael Murillo.

But then Lukaku scored with a diving header after a beautiful pass from Kevin de Bruyne before finding the net again with a chipped finish.

England made a similarly strong start at the Volgograd Arena and, after a string of early misses, took the lead courtesy of a Kane rebound after an initial save by Mouez Hassen - who went off injured soon after - from John Stones.

A rampant England missed chance after chance and were made to pay when Kyle Walker was harshly penalised for an elbow on Fakhreddine Ben Youssef in the box.

Ferjani Sassi duly converted from the spot and England felt hard done by soon after when no foul was blown despite Kane being wrestled to the ground in the penalty area.

The Tottenham Hotspur man made his mark again, however, with a clever stoppage-time headed winner to ensure England's first win in the first game of a major tournament since they beat Paraguay at the 2006 World Cup.

Sweden also made a winning return to the World Cup stage in Group F with a 1-0 victory over South Korea at the Nizhny Novgorod Stadium.

VAR (Video Assistant Technology) was required once again after Kim Min-woo's foul on Viktor Claesson was analysed before the referee eventually pointed to the spot.

The European side now move joint top of the group with Mexico after their shock 1-0 win over Germany yesterday.

South Korea did not have a single shot on target in a scrappy game.

The last four teams will open their respective campaigns tomorrow in Group H.

Colombia will face Japan at the Mordovia Arena in Saransk before Poland lock horns with Senegal at Moscow's Otkritie Arena.

Hosts Russia will also look to continue their successful start to the tournament by beginning round two action against Egypt at the Krestovsky Stadium in Saint Petersburg.