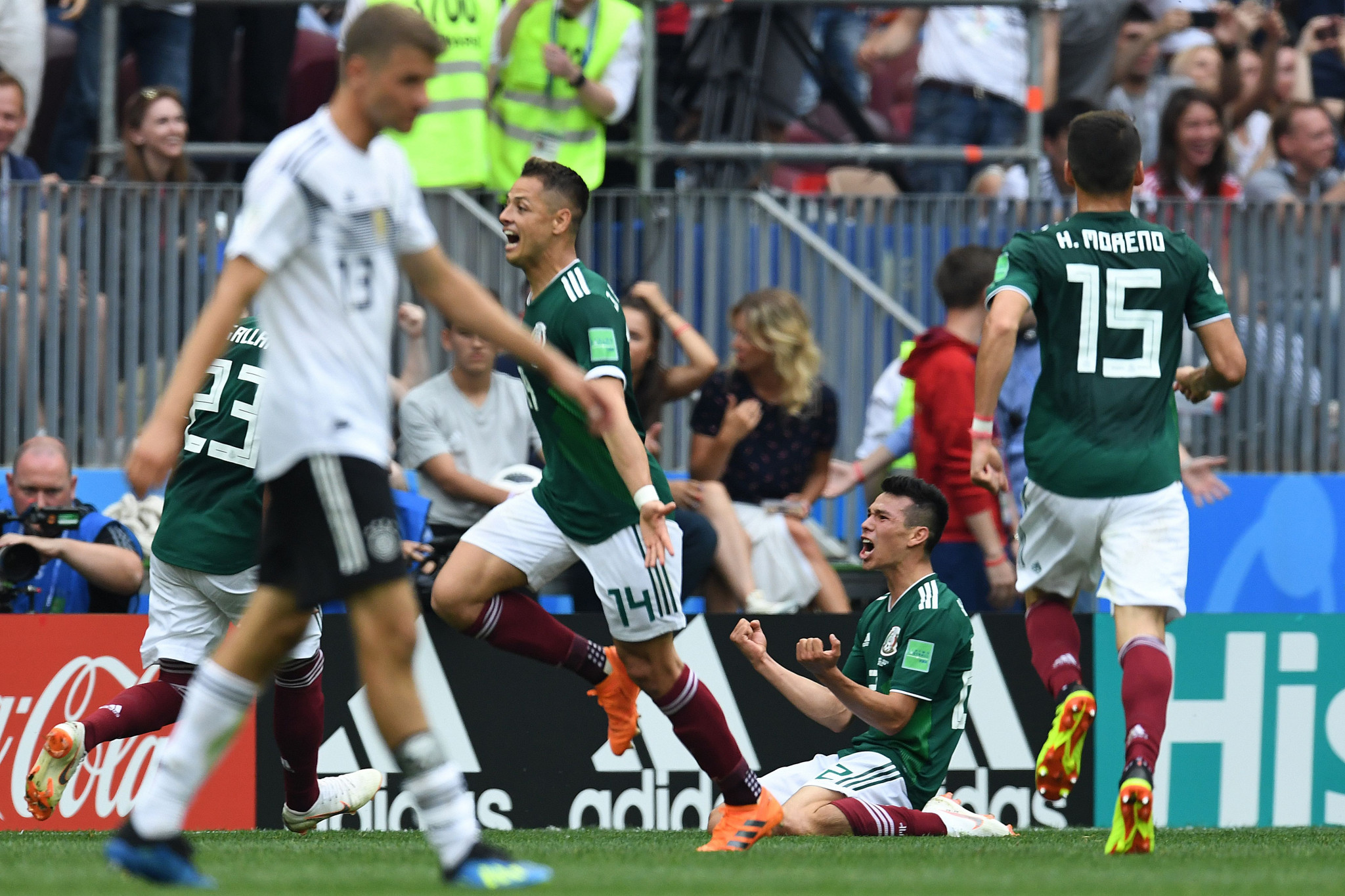 Mexico produced an excellent all-around display to stun defending champions Germany at the FIFA World Cup today as Brazil were also held to a draw by Switzerland.

A 1-0 defeat at the Luzhniki Stadium in Moscow was the worst possible start for the Germans in their attempt to become the first winners of two successive World Cups since Brazil in 1962.

Mexico started the better and combined well-organised defence with devastating speed on the counter-attack.

Javier Hernandez broke the German defence wide open with a pass that enabled Hirving Lozano to cut inside and fire home after 35 minutes.

Mexican goalkeeper Guillermo Ochoa then brilliantly tipped a Toni Kroos free-kick onto the bar and that was the closest the European side came to drawing level.

Germany launched wave after wave of attacks but never really looked like scoring.

"We showed we have a bright future and I am very satisfied with what we did," said Mexico coach Juan Carlos Osorio.

"We played with bravery when it was needed and also defended with all of our hearts."

Germany will still hope to progress in a group also containing Sweden and South Korea, but second place could mean a tantalising last-16 tie with Group E favourites, Brazil.

The Brazilians, however, could only draw 1-1 with Switzerland despite a Philippe Coutinho wonder goal at the Rostov Arena.

Coutinho defied the laws of physics to bend the ball into the top corner from the left side of the penalty area.

Brazil were good for the lead and, at one stage, looked as if they would run riot.

But Switzerland stood firm and hung on until half-time.

They were soon level thereafter as Steven Zuber capitalised on some poor defending to head home from a corner kick.

Serbia had a moment of brilliance from captain Aleksandar Kolarov to thank for a 1-0 victory over Costa Rica elsewhere in Group E at the Cosmos Arena in Samara.

Defender Kolarov curled the ball home from 25 yards after brilliantly bending the ball around the Costa Rica defence.

Serbia were the better side, but their midfielder Nemanja Matic was involved in an ugly confrontation with a Costa Rica coach in injury time as the Manchester United player tried to get the ball back when it went out of play.

Sweden will play South Korea tomorrow at the Nizhny Novgorod Stadium in the second match in Group F.