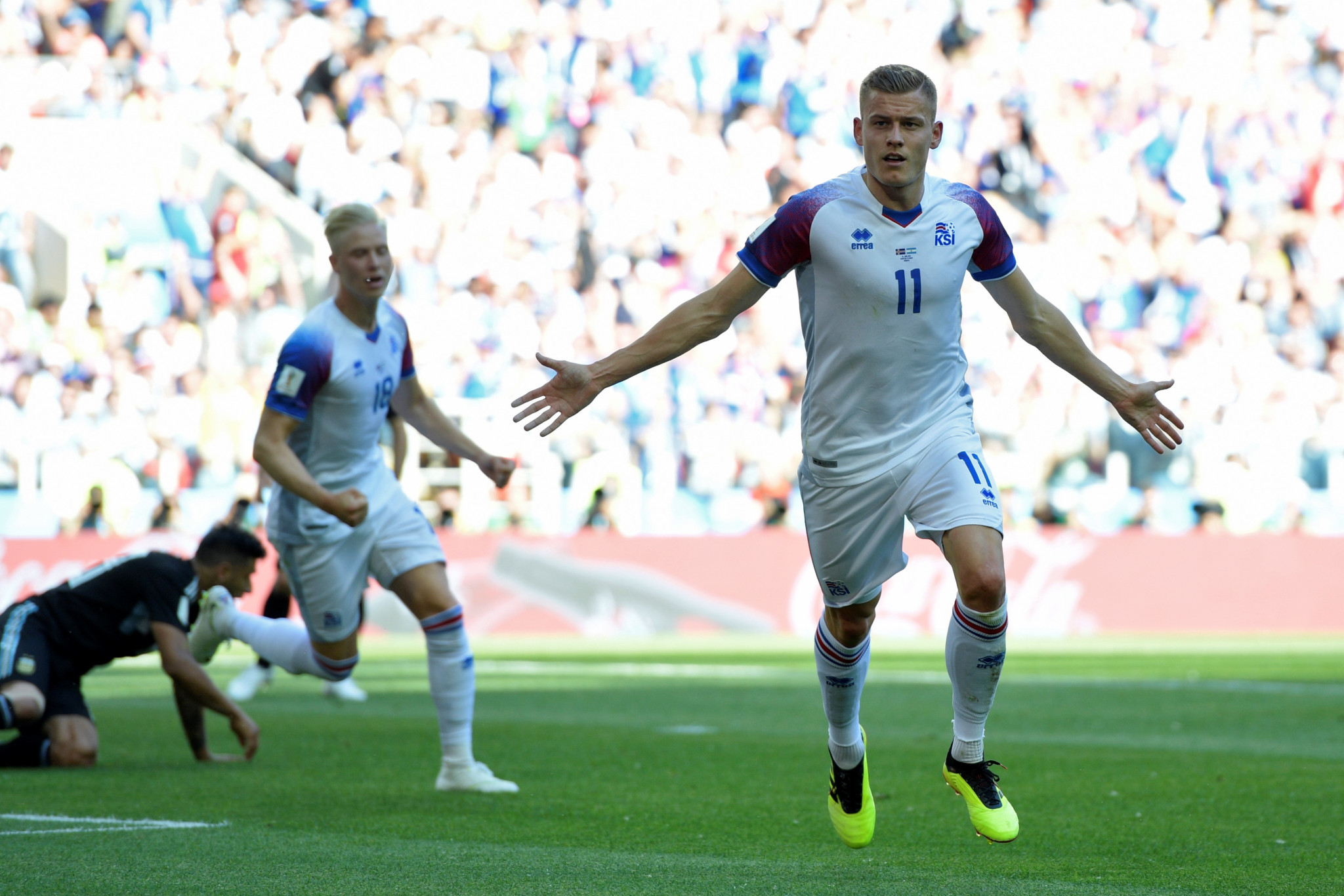 Messi, Argentina's talisman considered key to their chances over the next month, produced a poor penalty comfortably saved by Hannes Halldorsson as the scores remained locked at 1-1 in the Group D clash at Moscow's Otkritie Arena.

It came on a day where VAR (Video Assistant Referee) technology caused its first World Cup controversy in France's 2-1 win over Australia in Group D.

Argentina, looking to improve their runners-up spot in Brazil four years ago, took the lead through a superb strike by Sergio Aguero after 19 minutes.

Messi, bidding to match the brilliant hat-trick scored by Ronaldo yesterday in Portugal's 3-3 draw with Spain, had plenty of possession but was unable to do too much with it.

He cut a dejected figure after missing from the spot in only clear cut chance of the second half.

France had earlier had an equally difficult time breaking down Australia here at the Kazan Arena.

The deadlock was broken via technology as Josh Risdon was belatedly penalised for a sliding challenge - which some observers insisted was legal - on Antoine Griezmann after play had initially been waved on.

Griezmann himself struck home the penalty but Australian captain Mile Jedinak soon responded from the spot himself after Samuel Umtiti stupidly handled a free-kick from the impressive Aaron Mooy.

Then a lobbed effort by Paul Pogba at the end of some speedy interplay deflected off defender Aziz Behich and the crossbar to fall narrowly over the line.

Goal-line technology was used to confirm this.

Denmark moved second in the group in goal difference after a hard fought 1-0 win over Peru at the Mordovia Arena in Saransk elsewhere in Group C.

Peru, playing in their first World Cup finals match since 1982, became the second team to miss a penalty today.

Christian Cueva was awarded the spot-kick after VAR consultation, but fired over the crossbar.

Denmark duly capitalised in the second-half when Christian Eriksen released Yussuf Poulsen, who made amends for earlier conceding the penalty by firing past Pedro Gallese.

Danish goalkeeper Kasper Schmeichel produced a superb one-handed save to deny deny Edison Flores and the substitute Paolo Guerrero, who was only able to play after a Swiss tribunal temporarily lifted a 14-month drugs ban last month, back-heeled a late chance wide.

Croatia beat Nigeria 2-0 in the other Group D match at the Kaliningrad Stadium.

Oghenekaro Etebo scored an unfortunate own goal before a Luka Modric penalty continued a good day for European teams.

Costa Rica will play Serbia at the Cosmos Arena in Samara in Group E before Brazil meet Switzerland at the Rostov Arena.

In Group F, defending champions Germany face Mexico in the second match at the Luzhniki Stadium in Moscow.