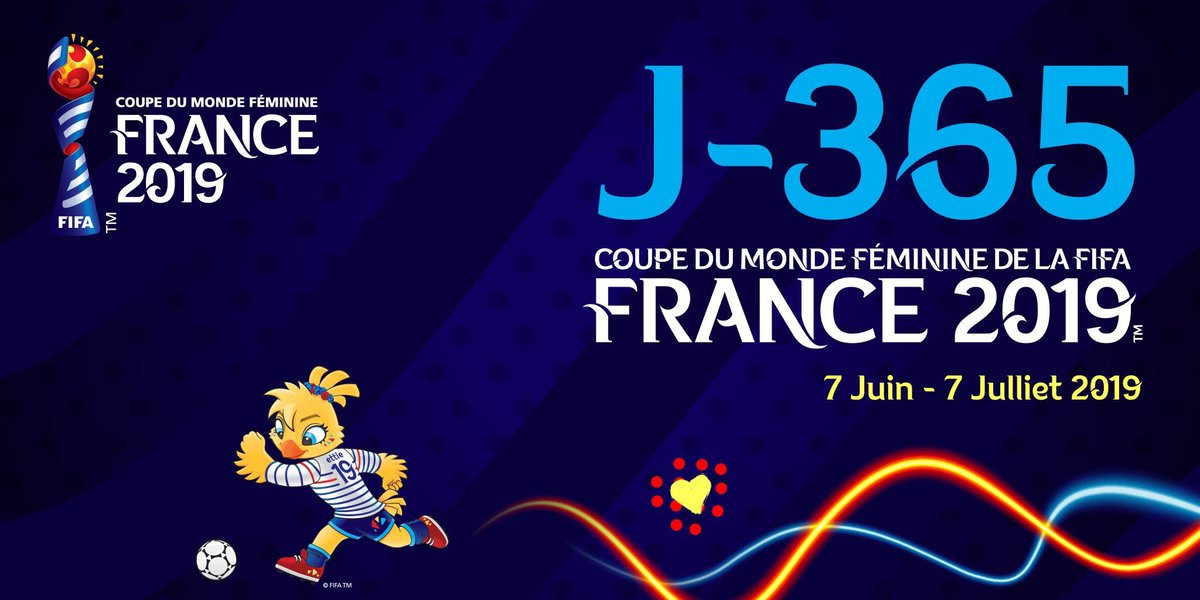 France 2019 have organised artistic events to mark the one-year countdown to the FIFA Women's World Cup.

Murals created by a street artist are being unveiled in the nine host cities for the competition - Grenoble, Le Havre, Lyon, Montpellier, Nice, Paris, Reims, Rennes and Valenciennes.

Each of the murals will pay tribute to the character of the city, according to France 2019.

A total of 24 nations will compete at next year’s event, which will begin on June 7 and run to July 7 next year.

Eight teams have already secured places at the tournament, including France as the host nation.

Japan, the 2011 World Cup winners, also progressed through after winning the Asian Cup.

Brazil secured their place by winning the Copa America Femenina, while Chile ended as the runners-up to earn a spot at the Women's World Cup for the first time.

Argentina are set to take part in a play-off against a Confederation of North, Central American and Caribbean Association Football (CONCACAF) team for a place.

Three automatic spots will be claimed by CONCACAF teams in their qualification process, with Africa also boasting the same number of spaces.

🇫🇷🙌 It's exactly one year until the #FIFAWWC France 2019 kicks off and we can't wait! pic.twitter.com/wcCcbgQ1JH

One Oceania nation and eight from Europe will also qualify to complete the line-up for the tournament.

The United States will head to France as the defending champions, having beaten Japan 5-2 in the 2015 final.

France will take part in the opening match of the 2019 tournament, which will be held at the Parc des Princes in Paris.

The mascot is claimed to be the daughter of Footix, the mascot of the France 1998 World Cup.

Organisers said she has a "strong family connection" to the Gallic rooster, who is still a popular national French symbol.