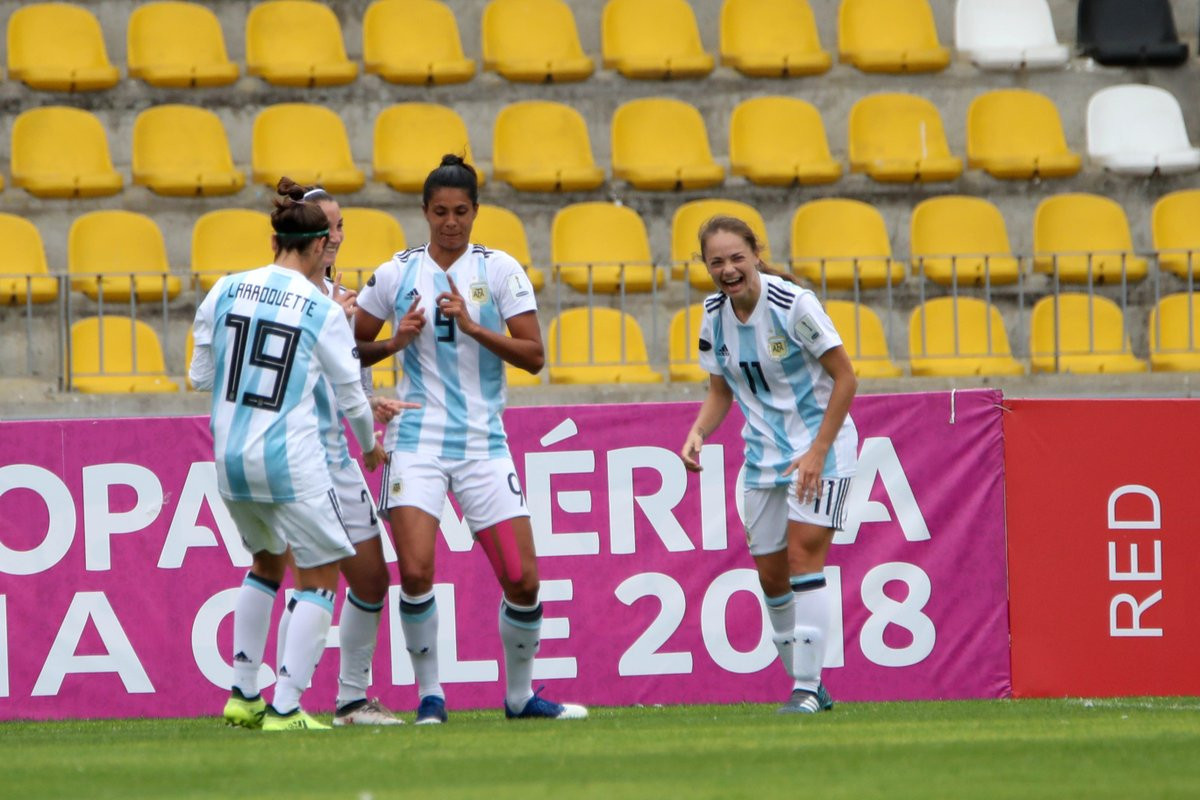 Argentina advanced to the final phase of the Copa América Femenina as two penalties proved enough to beat Venezuela at the Estadio Municipal Francisco Sánchez Rumoroso in Coquimbo.

Both teams headed into the match with six points, with the winner of the contest assured advancing as the Group B runners-up behind Brazil.

There was little to choose between the two teams in the first-half, leaving the match appearing destined to be level at the break.

Argentina instead went into half-time in front after they were awarded a penalty, converted by Soledad Jaimes.

A second-half penalty was then scored by Estefanía Banini, giving Argentina a two goal cushion with 30 minutes of the match remaining.

Venezuela proved unable to muster a response, bowing out of the competition by ending third in the group.

Paraguay, third in Group A, secured a place at the Lima 2019 Pan American Games due to earning one more point than Venezuela.

Andressinha and Erika both scored twice for the defending champions, while Andressa Alves, Millene and Aline Milene all found the net to complete a 7-0 win.

Brazil are now due to contest the final stage of the tournament with Argentina, hosts Chile and Group A winners Colombia.