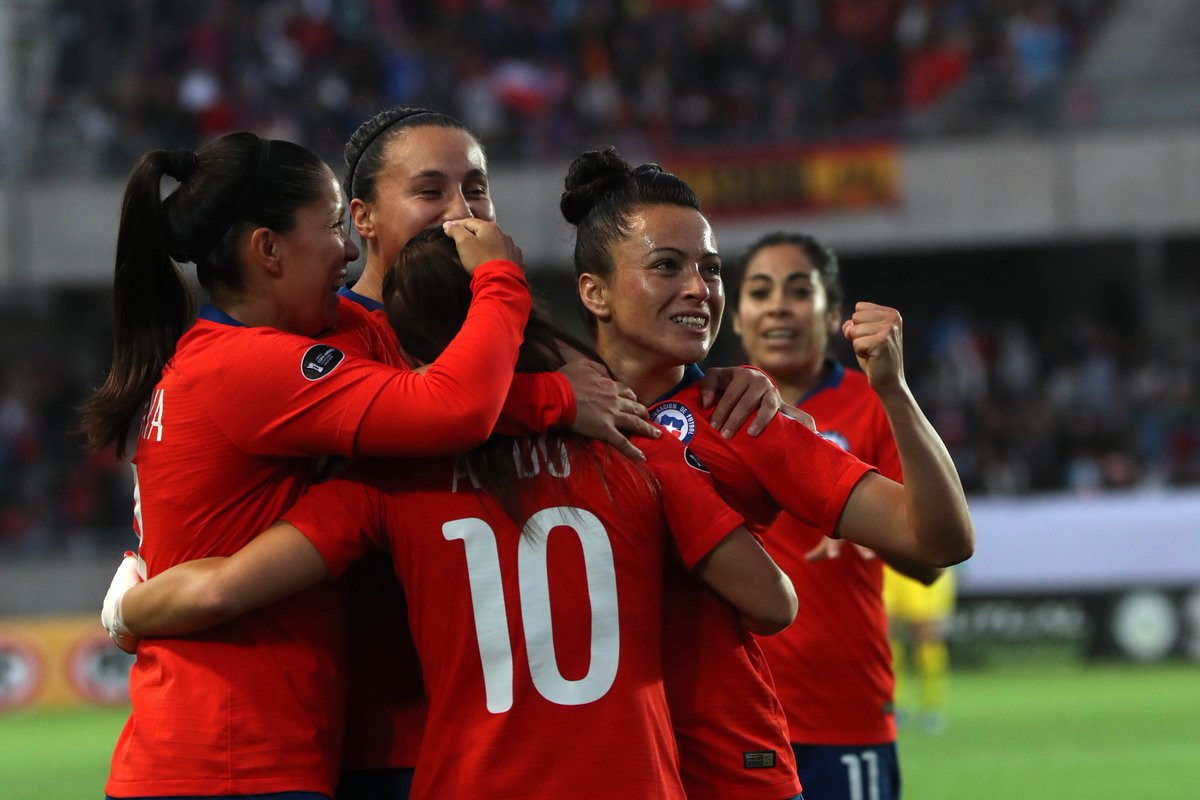 Hosts Chile stormed into the final stage of the Copa América Femenina by thrashing Peru in the Estadio La Portada in La Serena.

Chile occupied second place in Group A heading into the final round of fixtures and they sought to rubber stamp their place against Peru, who were bottom of the standings with only a draw to their name.

Yanara Aedo and Yesina Lopez struck in the first half for the hosts, putting them in pole position to seal the second place behind group winners Colombia.

Quick-fire goals from Franisca Lara and a second from Aedo with 30 minutes remaining saw Chile move into a 4-0 lead.

The comprehensive victory was rounded off by Maria Jose Rojas, who scored five minutes from time to seal the 5-0 success.

The result secured second place in the group, ending Paraguay’s chances of progressing in the process.

Paraguay had triumphed against Uruguay earlier in the day to boost their hopes, despite Sindy Ramirez giving their opponents the lead in the first minute.

Jessica Martinez stuck with 10 minutes to half-time to level the score.

Paraguay toiled in the second-half looking for a winning goal.

It came in the second minute of added time, when Amada Peralta found the Uruguay net.

It meant Paraguay finished in third place in the group, which could potentially see them earn a spot at the Pan American Games in Lima next year.

Argentina and Venezuela are due to clash tomorrow in the key match in Group B at the Estadio Municipal Francisco Sánchez Rumoroso in Coquimbo.

The winners will to the final group stage.

They will join Colombia, Chile and Group B winners Brazil, the defending champions.

Brazil will round off Group B with a match against the already-eliminated Bolivia.