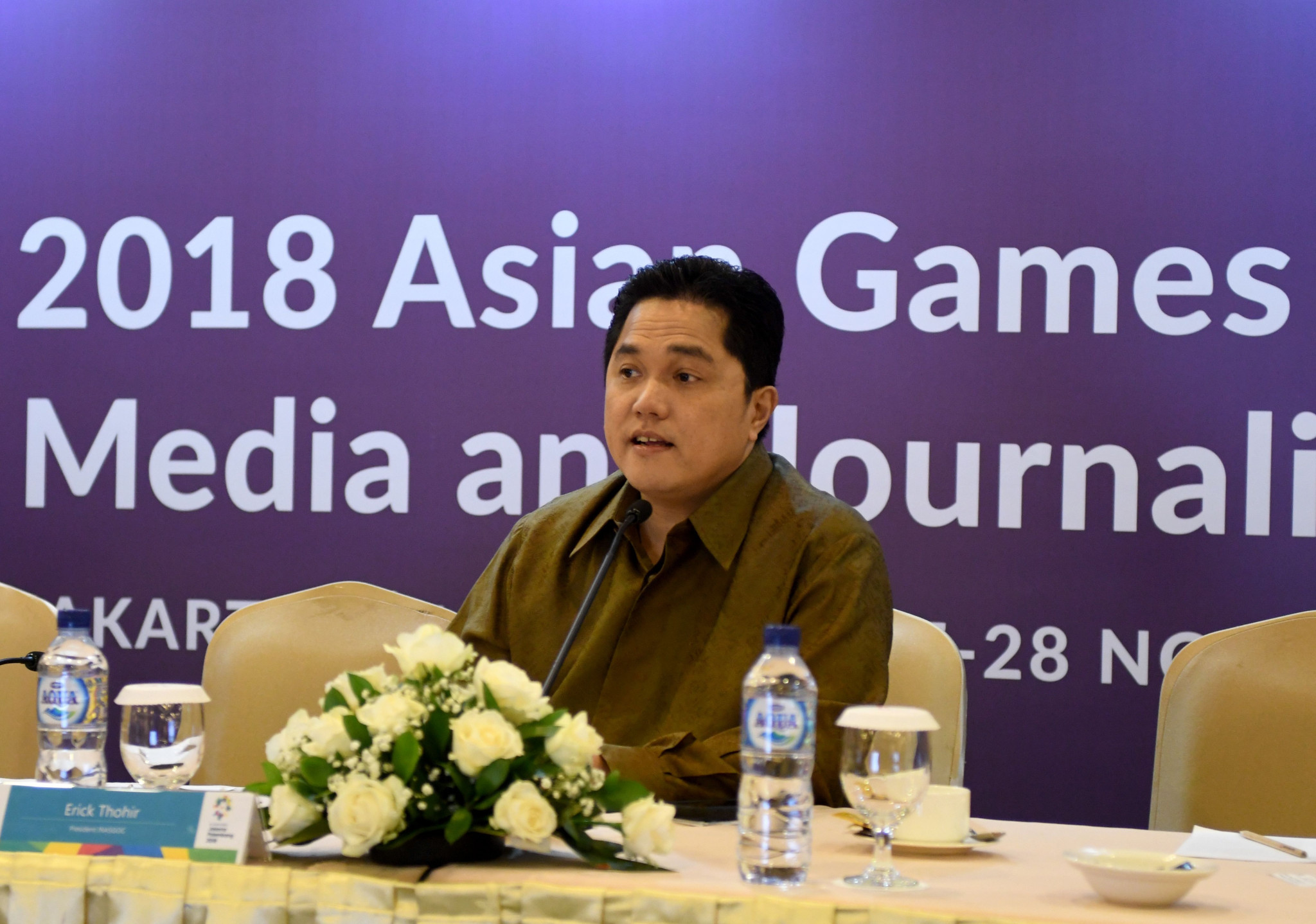 Indonesia is targeting a possible bid for the 2032 Olympic and Paralympic Games, according to 2018 Asian Games Organising Committee President Erick Thohir.

Thohir said the country would get the opportunity to propose staging the event in 14 years' time when International Olympic Committee (IOC) President Thomas Bach visits Indonesia for the Asian Games Closing Ceremony in Jakarta on September 2.

The Jakarta Palembang 2018 President, a high-profile Indonesian businessman who is the chairman of Italian Serie 'A' club Inter Milan, claimed the nation would be the most viable Asian candidate for the 2032 Games.

"The possibility of our competitors is only African and Asian countries, and Asia does not have China, Japan or South Korea, only India," said Thohir, according to CNN Indonesia.

Thohir also claimed Bach had chosen to attend the Closing Ceremony, rather than the Opening, so he could see the "success" of the Asian Games.

"This is the first time the IOC President has come to the close of the Asian Games, he will stay three days in Indonesia," Thohir added.

Indonesia will hope to showcase its hosting credentials during the multi-sport event in the two cities, which begins on August 18.

India have expressed a serious interest in staging the 2032 Olympics after Indian Olympic Association President Narinder Batra said they would bid for the event, along with the 2026 Summer Youth Olympics and the 2030 Asian Games.

Mumbai then emerged as a potential Indian Youth and Summer Olympic Games candidate.

Bach warned, however, that discussions on 2032 were premature as the bidding process has not started yet.

Australia could be another candidate the 2032 Games, with Queensland pondering the feasibility of a bid after Gold Coast hosted the 2018 Commonwealth Games in April.